Coffee wilt disease, caused by a fungus Fusarium xylarioides, has led to devastating outbreaks in sub-Saharan Africa since the 1920s 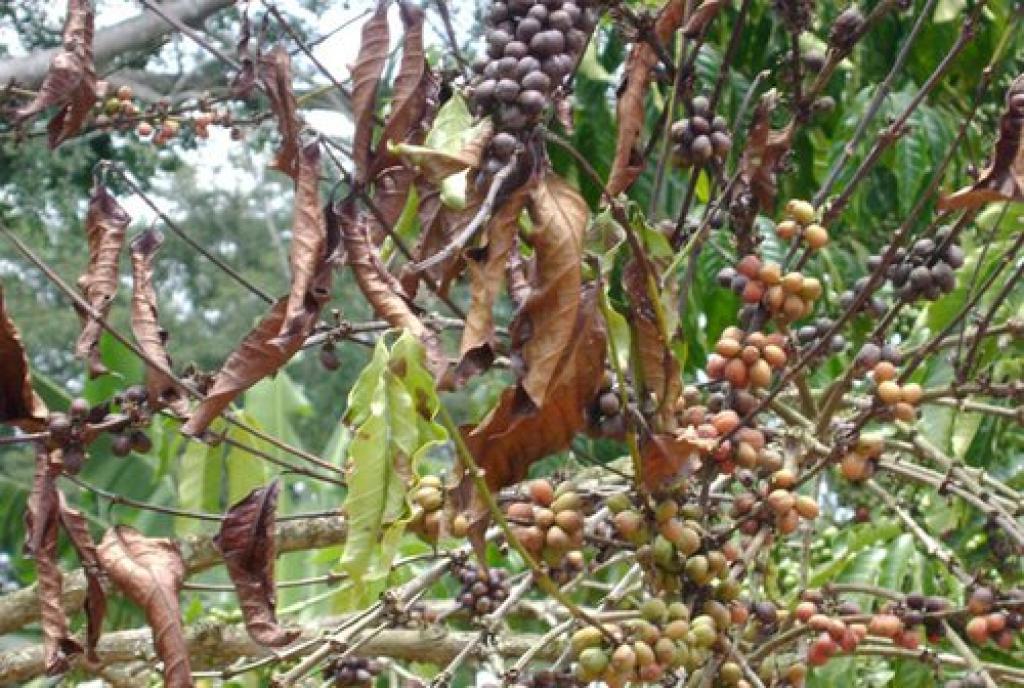 Researchers have re-animated 70-year-old frozen samples of fungus to look for modern-day clues that cause coffee to wilt. The study, published in journal BMC Genomics June 4, 2021, showed how historical genomics can help reveal mechanisms that prevent fungal pathogens from spreading.

Coffee wilt disease, caused by a fungus Fusarium xylarioides, has led to devastating outbreaks in sub-Saharan Africa since the 1920s. It currently affects two of Africa’s most popular coffee varieties — Arabica coffee in Ethiopia and Robusta coffee in east and central Africa.

The first outbreak in the 1920s-1950s was brought under control by management practices such as burning infected trees, looking for natural resistance in coffee and breeding programmes.

The research team comprised scientists from Imperial Faculty, London; the College of Oxford; and the agricultural non-profit Centre for Agriculture and Bioscience International (CABI).

They stated that historic samples in CABI’s culture collection could provide a wealth of information on the development of crop diseases and discover new, sustainable ways to control them.

Two separate diseases were identified after the 2000s outbreak, with each infecting only specific types of coffee — one infects Arabica coffee in Ethiopia and the other Robusta coffee in eastern and central Africa. The team wanted to investigate how these two strains originated.

The team turned to Fusarium xylarioides samples stored at CABI, hoping the cryogenically preserved 70-year-old fungi could provide some insight.

The researchers then sequenced the genomes of two strains from the original 1950s outbreak as well as two strains each from the two coffee-specific fungal strains, with the most recent from 2003.

They then sequenced the genomes of the fungi and examined their Deoxyribonucleic acid to find evidence of changes that could have helped them infect these specific coffees.

They found new and specific types of fungi have larger genomes and they identified genes that could have helped the fungi overcome the plants defenses and survive within the plants to cause disease.

These genes affect more than 120 crops, including bananas in sub-Saharan Africa that cause the Panama disease.

This banana-infected strain is known to be able to exchange genes, conferring the ability to infect new varieties, but the possibility of transferring those genes to another species has never been seen.

The research team noticed that the two species often live close to the roots of coffee and banana plants, so it was possible that coffee fungus gained these genes from banana-based neighbours.

The researchers are now using the re-animated strains to infect coffee plants in the laboratory to study how the fungus infects the plant. This may help understand other ways to prevent the disease from occurring.

The researchers stated they are planning to replicate the study with other diseases stored in CABI’s collection, which includes 30,000 specimens collected over the past 100 years.

“The historical approach shows us what happens to a plant pathogen before and after a new outbreak of disease occurs. We can then study the mechanisms of evolution and improve predictions of how similar outbreaks could occur in the future.”

The discovery could help farmers reduce the risk of emerging new disease strains, researchers said. For example, coffee beans could be planted separately from other crops. Farmers could also work to prevent the accumulation of plant waste that can shelter the associated fungus.