The trend was centered over Nigeria and the Southern coast 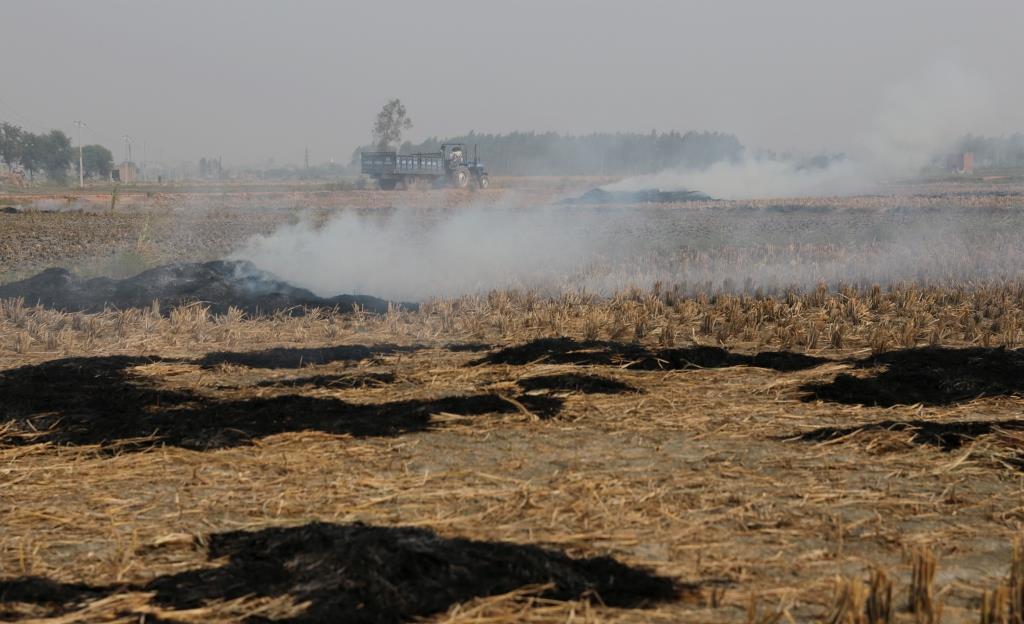 Ammonia concentration in the air increased substantially between 2008-2018  in West Africa and Lake Victoria region, according to a new study by the National Aeronautics and Space Administration (NASA). The rise was found to be linked with biomass burning as well as expansion and intensification of agricultural practices.

The mean annual concentrations of atmospheric ammonia during the decade covering 2008–2018 has been found to be the highest across the savannas and forest–savanna mosaics in North Equatorial Africa, especially West Africa.

The trend was centered over Nigeria and the Southern coast and to a smaller extent across parts of the wet savanna, according to the analysis.

The study used satellite data from 2008 to 2018 to identify rises and falls in ammonia vertical column densities (VCDs, direct measurement of distribution and concentration of gases) or ammonia concentrations across the continent and the likely causes of those changes.

Ammonia emissions in Africa are less studied than they are in the United States, Europe and China. This research is the first study to document changing atmospheric ammonia concentrations in Africa over an extended period, claimed NASA.

In West Africa, much of the increase in ammonia VCDs corresponded with late dry season months — February and March — when agricultural fires are common in the region.

Small agricultural fires, thus, can be an important contributor to increasing NH3 in the atmosphere. The study found a correlation between increased biomass burning and rise in carbon monoxide concentration.

The rise in ammonia concentration in Western Africa was previously linked to fertiliser use. However, this study found that most of the increase occurred before start of the planting season. Fertiliser is not typically applied in West Africa until the start of the growing season (April).

Ammonia in the atmosphere increased by 6 per cent annually across Nigeria during February and March. During the same time, there was a rise in carbon monoxide too in the atmosphere showed the analysis, based in satellite data for the period 2008-2018.

The study found regional hotspots in the Lake Victoria basin region, South Sudanese wetlands and along the Nile delta and river as well.

In Lake Victoria basin, the expansion of agricultural area and fertiliser use led to increases in ammonia concentration over the study period.

An increase in fertiliser application in new and existing agricultural land led to ammonia pollution in this region, the data suggested.

In the Nile region, where elevated ammonia concentrations were observed, increased agricultural inputs may be the contributing factor, showed the study.

In South Sudan, the Sudd wetland was the only region that showed a clear decrease in ammonia over the study period — a reduction of over 1.5 per cent annually during the study period.

About half of the Sudd is permanently flooded. The other half is a flood plain, which may or may not flood depending on how wet the year is.

West Africa is among the major global ammonia hotspots, the study noted.

“Ammonia in the air impacts human health, climate and ecosystems,” the scientists wrote.

As Africa expands its agricultural processes to feed growing population, the concentrations of atmospheric ammonia are likely to increase, said the NASA study published in the journal Atmospheric Chemistry and Physics.

The main sources of ammonia — agriculture and biomass burning — are undergoing or expected to undergo substantial changes in Africa, according to the report.

Agriculture is by far the largest source of ammonia globally, although ammonia is emitted from natural soils. Biomass burning is the second-biggest source globally, with roughly 60-70 per cent originating from fires in Africa.

Understanding how human-made and natural ammonia emission sources are changing is important for ensuring policies and technologies that promote sustainable agricultural development.

Ammonia emissions continue to remain unregulated outside of Europe.

Countries in Europe have committed to modest reductions of ammonia emissions in the framework of the Gothenburg Protocol, part of the convention on Long-Range Transboundary Air Pollution and the National Emissions Ceilings directive.

So, encouraging policies that can help to limit ammonia emissions during the early stages of agricultural intensification in Africa may help mitigate potential impacts on the atmosphere, according to the report. NASA also called for enhancing capacity for atmospheric monitoring in sub-Saharan Africa.