At least 60% vehicles on Africa’s roads are used and imported; regulations weak in as many as 44 countries 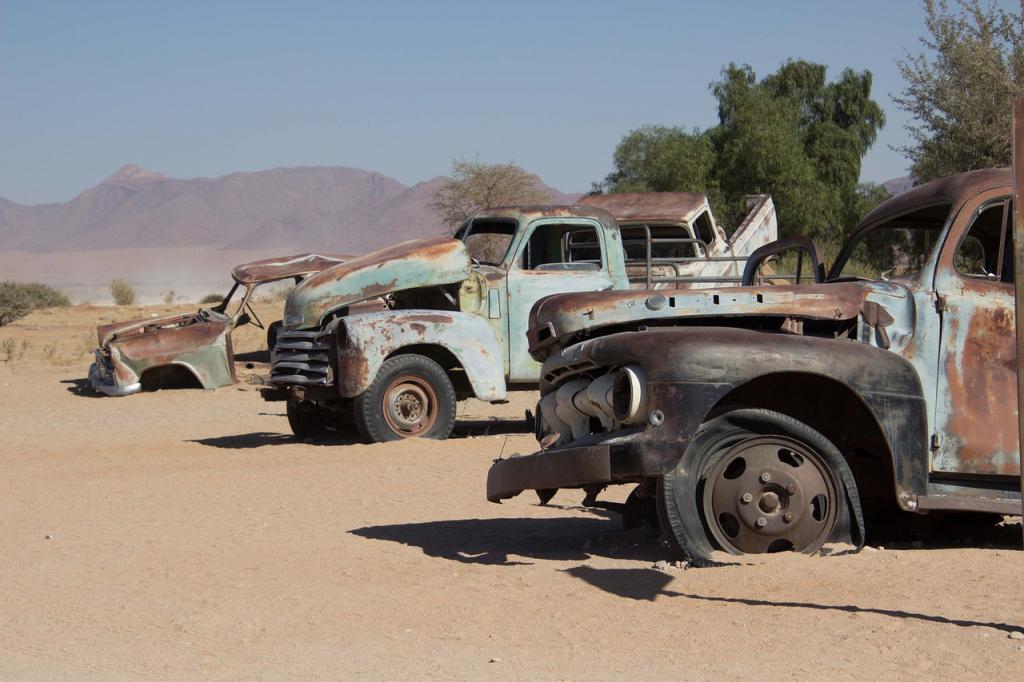 West African nations may get a deluge of used, imported cars from the European countries, which will introduce stricter emissions compliance testing from 2021. Germany and the Netherlands will measure particulate emissions of diesel vehicles at their annual inspections next year.

But, a significant number of diesel vehicles in these countries may not pass the test and could be exported to African nations, a first-of-its-kind United Nations Environment Programme (UNEP) report has warned. This may impact West African nations such as Nigeria, which is the major importer of ‘used cars’ from the EU and do not have any strict norms around them, the report said.

These used vehicles pump out fine particulate matter and nitrogen oxides, which are major sources of air pollution, and threaten the environmental health of African nations, the report flagged.

Since January 1, 2021, all used light-duty vehicles would need to meet Euro 4 vehicles emission standards in the West Africa. As of July 2020, however, only Nigeria and Libya had adhered to the emission standards, which, too, were low at Euro 3 level.

But Nigeria, the largest importer of used cars in the world, has been importing cars that are over nine years old.

Of the total vehicles registered every year in Africa, 60 per cent are used vehicles. But regulations are weak in nearly 82 per cent of the region (44 countries), including Burundi, The Democratic Republic of Congo, Libya, Nigeria and Uganda, where government has allowed import of vehicles that are older than nine years.

Of the 100 (out of 146) countries with no standards for emissions from light duty vehicles (LDVs), 46 are in Africa, revealed the UNEP report.

The report, therefore, indicated the possibility of increase in export of ‘used cars’ to Africa and urged strict regulations for exporting and the importing nations.

It said the stricter an importing country is on regulating the import of used vehicles and associated technology, the cleaner and more efficient the vehicle technology brought into a national market.

When combined with appropriate fuel quality in the importing country, used vehicles that meet emission standards can lower the impact from both carbon dioxide (CO2) and non-CO2 emissions.

Africa is the destination for fourth out of every 10th used car exported by three leading exporters — European Union, Japan and the United States.

But in the absence of any regional or global agreements for the exporter and the importer to govern the flow of used vehicles, the continent is flooded with old, unsafe, inefficient and polluting vehicles flagged the UNEP report.

The UNEP report focused on low-duty vehicles (LDVs), since most used vehicles traded around the world fall in this category.

From 2015-2018, Africa received the largest share of exported LDVs from the three countries. Of the 14 million LDVs exported by them, 5.6 million were sold to African nations.

Only 10 out of 54 countries in the continent have ‘good’ or ‘very good’ used vehicles policies, the report added.

Of the 146 countries studied in the UNEP report, about two-thirds had ‘weak’ or ‘very weak’ policies regulating the import of used vehicles. Many imported vehicles would not be allowed to circulate on the roads of exporting countries, noted the report.

Regulating the trade of used vehicles is essential to ensure the quality of the vehicles and reduce vehicular air pollution and global climate emissions, the UNEP said.

This becomes even more important when the global fleet of light-duty vehicles is likely to double by 2050 and nearly 90 per cent of this growth will take place in low- and middle-income countries, including African nations.

At least 79 of the 146 countries do not have any age restriction on the import of used vehicles. Of these 30 are in Africa, the report said.

For example, Ethiopia, Rwanda, Tanzania and Zimbabwe do not have any age restrictions in place for importing light duty vehicles (LDVs).

Citing case studies from Bhutan and Egypt, the UNEP suggested promotion of used low and no emissions vehicles like hybrid electric or electric vehicles as an affordable way for middle- and low-income countries.