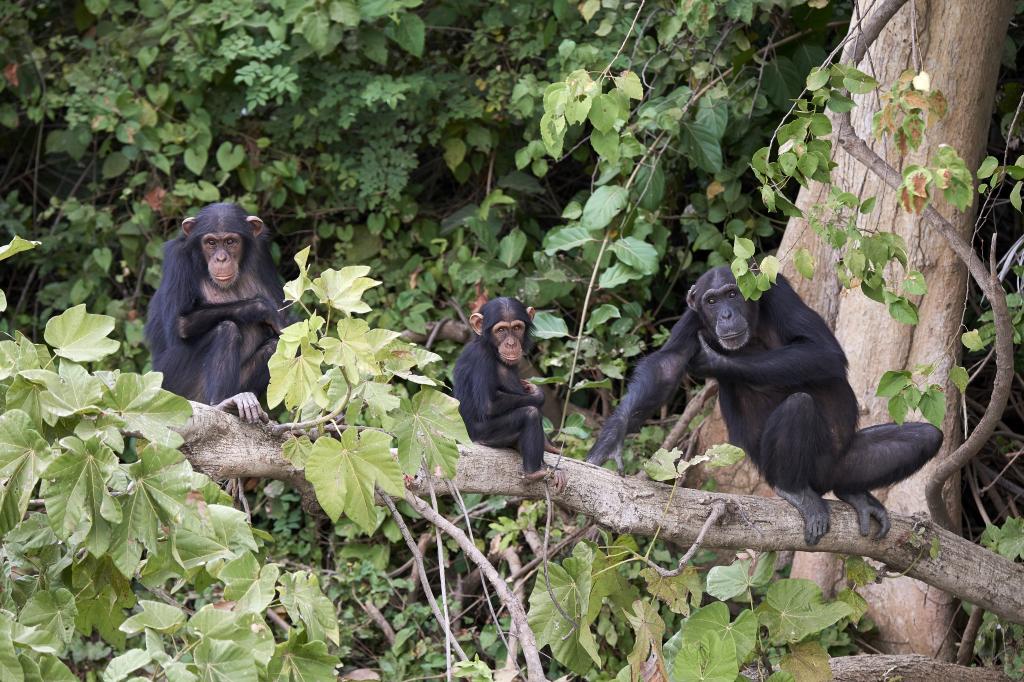 Construction of roads may have affected the chimpanzee population in West Africa, a new study found.

The impact on the primate population extended to about 17.2 kilometres from major roads (10 metre wide) and 5.4 km from minor roads (5 m wide), as stated in the report.

Consecutive bands of 1-km width were added on either side of the roads. The average population density of the chimpanzees was lowest nearest the roads and peaked at the far limits.

Only 4.3 per cent of the chimpanzee range was not impacted by existing roads.

The study was led by the University of Exeter, the United Kingdom and covered wild western chimpanzees in Ghana, Guinea, Guinea Bissau, Ivory Coast, Liberia, Mali, Senegal and Sierra Leone. The findings were published in the journal Conservation Letters.

The road-effect zones (REZ) were defined as the distance beyond which chimpanzee density did not increase. REZ around major roads was over three times wider than a previous estimate of the average REZ for mammals.

There are 41,925 km of major roads and average density of the western chimpanzee first peaked at 17 km from the closest major road, the study found.

There are 206,110 km of minor roads within the chimpanzee range. Average chimpanzee density values first peaked at 5 km from the closest minor road.

The western chimpanzee population has declined by 80 per cent in the last 20 years and is currently classified as critically endangered in the International Union for Conservation of Nature’s Red List.

Among 33 development corridors in Africa, four — Lamu Port-South-Sudan Ethiopia Transport corridor in Kenya, Beira and Nacala corridors in Mozambique and the Southern Agricultural Growth Corridor in Tanzania — will cut through western chimpanzee habitats.