'BRICS countries in a position to shape agricultural policies'

Most of the world’s 795 million undernourished people live in developing countries. These countries will need to increase their food production by nearly 80 per cent by 2050 when the global population is expected to exceed nine billion 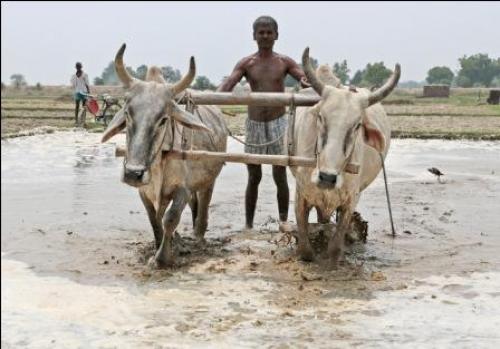 Representing 42 per cent of the global population, BRICS countries are in a position to shape agricultural policies that would strengthen food security and transform rural societies, Kundhavi Kadiresan, assistant director general and regional representative for Asia and the Pacific, Food and Agriculture Organization (FAO), said on Friday.

Kadiresan said this during the 2016 meeting of the BRICS agriculture ministers in New Delhi. Despite rapid growth, not everyone has benefitted, particularly the rural poor and small-holder farmers that produce the vast majority of the food we eat.

“Inclusive agricultural policies, if pioneered by the BRICS, could have a remarkable impact on sustainable agricultural production and global food security, while at the same time improving nutrition and livelihoods of the very people that produce our food,” Kadiresan added. “Many developing countries welcome present agricultural initiatives among BRICS members, such as south-south cooperation and knowledge transfer.”

Investing in the family farm sector has proved to be at least twice as effective in reducing poverty compared to growth resulting in other sectors of the economy.

Most of the world’s 795 million undernourished people live in developing countries. These countries will need to increase their food production by nearly 80 per cent by 2050 when the global population is expected to exceed nine billion.

The FAO ADG noted that with political will, BRICS can help lead the world to achieving the goal.

To do so, agriculture must first rise to overcome a triple challenge. It will be necessary to increase the production of safe and nutritious food in a sustainable way and meet a growing demand driven by the population increase. While fighting under nutrition is key to achieving the zero hunger challenge, addressing the growing rate of obesity is also a priority.

Climate change is a serious threat to food security. Agriculture must play a major role in improving the management and conservation of natural resources.

“This means we should create more resilient food production systems that are sustainable and better adapted to the changing climatic conditions,” Kadiresan said.