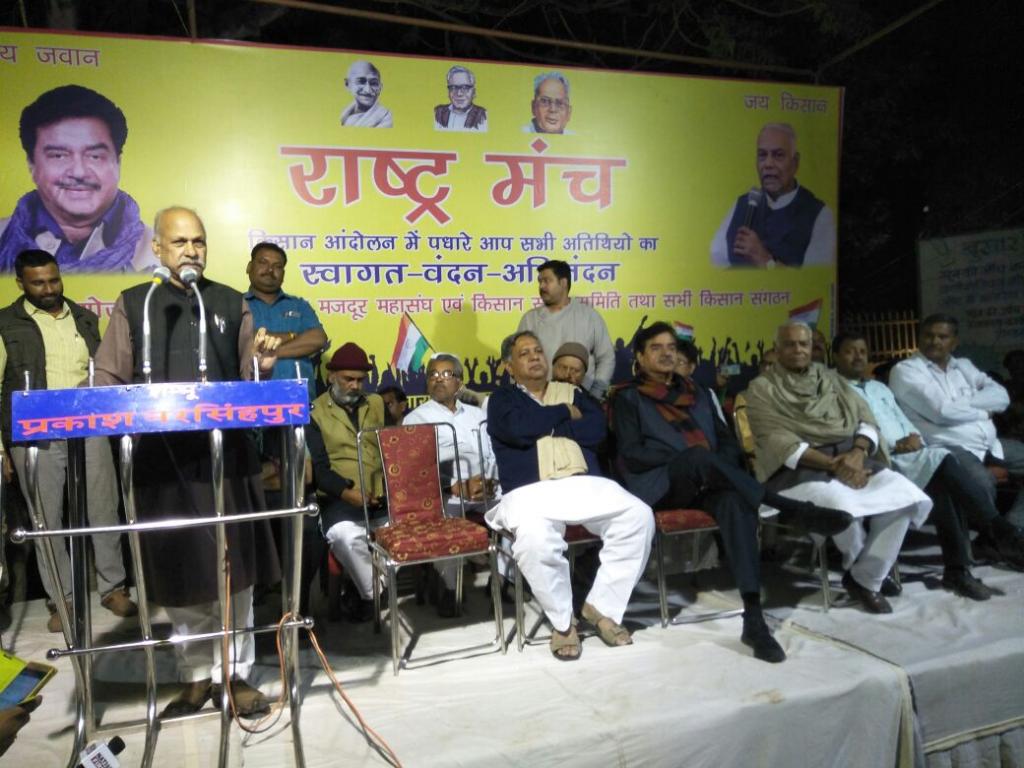 While Prime Minister Narendra Modi was recently heard saying that farmers are his top priority and his government’s focus will be to make the lives of the poor and farmers easy, protests have been raging in BJP-ruled Madhya Pradesh where two senior BJP leaders–Yashwant Sinha and Shatrughan Sinha—have joined farmers’ agitation against land acquisition in the state’s Narsinghpur district.

The farmers’ protest, which began in the third week of December, gained steam after Yashwant Sinha publicly came in their support for the first time on January 12 when he visited Gadarwara tehsil.

The genesis of the protest stems from the acquisition of land by the NTPC in 2013. Fertile farmland was acquired from small and marginal farmers for building a coal-fired thermal power plant at Gadarwara. The NTPC had reportedly promised jobs to the displaced farmers.

“Here we are talking about lives of 500 farmers and a land area of about 1,800 acres. Since 2013, when the land was acquired, 80 per cent of the construction of thermal plant has been completed. About Rs 2,000 crore has been spent already for manufacturing this plant. However, our demand for permanent jobs for those displaced farmers has not been met yet,” Rashtriya Kisan Mazdoor Sangh president Shivkumar Sharma tells Down To Earth. He has been one of the prominent faces of the protest.

On January 12, when Sinha had first protested along with the farmers of Gadarwara tehsil, he submitted a memorandum to the district administration, urging the government to concede to the farmers’ demands. On February 1, Sinha reached Narsinghpur and began his protest outside the office of the district collector. Down To Earth tried to speak to the District Collector Abhay Kumar Singh, but he was not available to comment.

Meanwhile, Shatrughan Sinha has declared that a massive agitation would be staged in New Delhi on February 23 if the demands of farmers are not met.