64% of world’s arable land at risk of pesticide pollution: Study 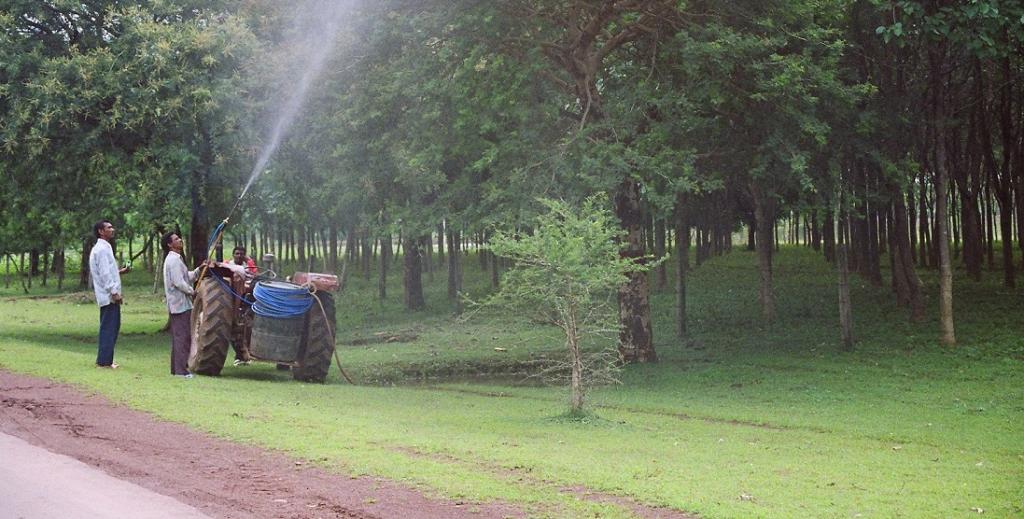 Overuse of pesticides might tip the balance, destabilise ecosystems and degrade the quality of water sources that humans and animals rely on to survive, the study said. Photo: Ruksan Bose / CSE

Around 64 per cent of land used for agriculture and food crops is at risk of pesticide pollution and almost a third of these areas are considered to be at high-risk, a global study of agricultural land across 168 countries has revealed.

Asia houses the largest land areas at high risk of pollution in countries like China, Japan, Malaysia, and the Philippines. Some of these areas are considered ‘food bowl’ countries, feeding a large portion of the world’s population.

Globally, 34 per cent of the high-risk areas are in high-biodiversity regions, 19 per cent in low-and lower-middle-income nations and five per cent in water-scarce areas.

The study, published in Nature Geoscience, highlighted this through a global map of 168 countries facing pollution risk caused by 92 chemicals commonly used in agricultural pesticides. 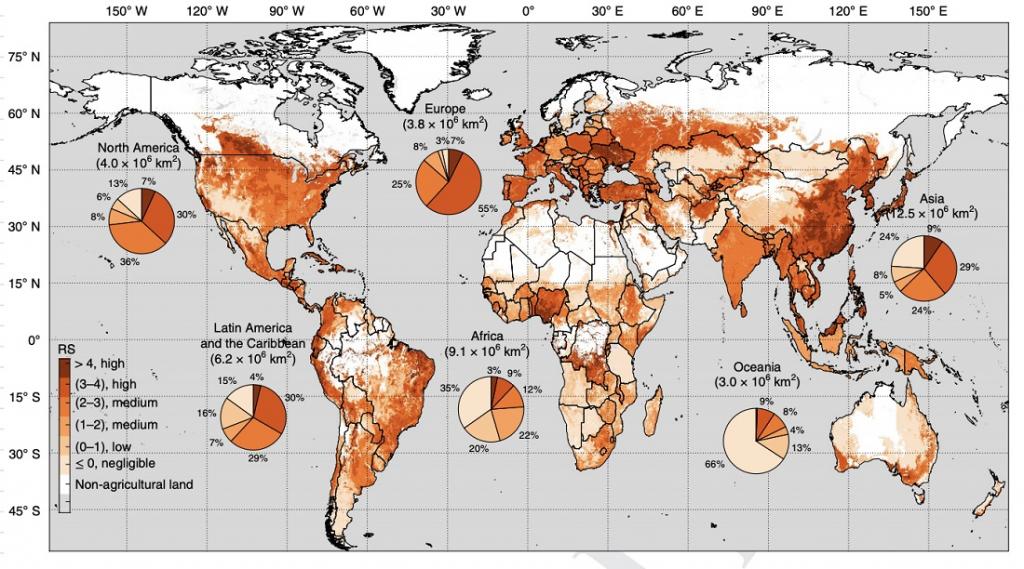 The study examined risks to soil, the atmosphere and surface and ground water.

“Our study has revealed 64 per cent of the world’s arable land is at risk of pesticide pollution. This is important because the wider scientific literature has found that pesticide pollution can have adverse impacts on human health and the environment,” the study’s lead author and University of Sydney Research Associate, Fiona Tang, said.

Pesticides can be transported to surface waters and groundwater through runoff and infiltration, polluting water bodies, thereby reducing the usability of water resources.

Overuse of pesticides is concerning as it might tip the balance, destabilise ecosystems and degrade the quality of water sources that humans and animals rely on to survive, the study said.

“Although the agricultural land in Oceania shows the lowest pesticide pollution risk, Australia’s Murray-Darling basin is considered a high-concern region both due to its water scarcity issues and its high biodiversity,” Federico Maggi, co-author and associate professor from the School of Civil Engineering and the Sydney Institute of Agriculture, said.

Global pesticide use is expected to increase as the global population heads towards an expected 8.5 billion by 2030.

“In a warmer climate, as the global population grows, the use of pesticides is expected to increase to combat the possible rise in pest invasions and to feed more people,” Maggi said.

The authors of the paper recommended a global strategy to transition towards a sustainable, global agricultural model that reduces food wastage while reducing the use of pesticides.