About 100 districts have suffered drought conditions for 15 years 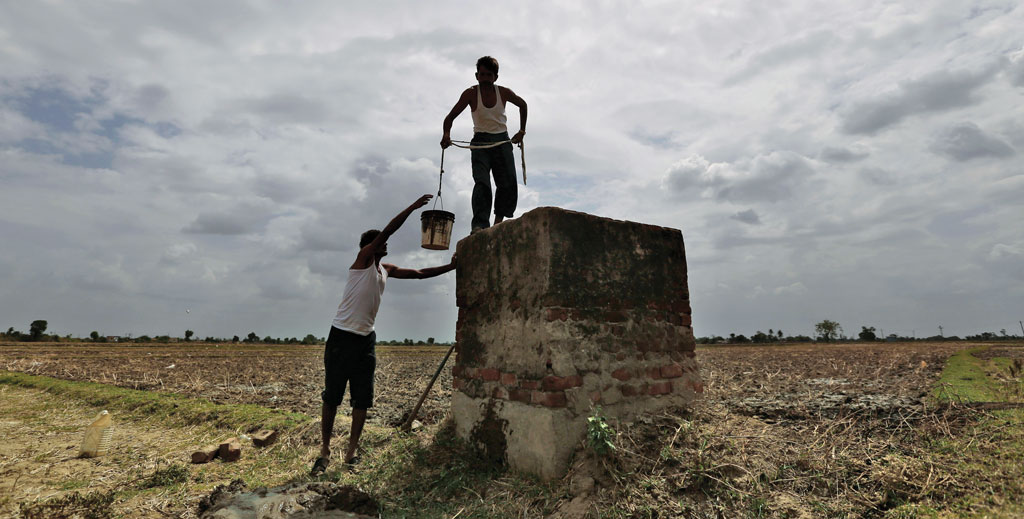 Farmers clean a canal water tank in Gujarat in early monsoon, but the rainfall has been disappointing (Photo: Reuters)

In nine out of past 15 years, about 100 districts of the country have witnessed a drought like-situation, triggered by failure of south-west monsoon. This frequency is now increasing in Bihar, Uttar Pradesh, Karnataka, Kerala, Maharashtra, among a few other states.

Union Ministry of Agriculture and Farmers Welfare defines drought as water shortage for human, cattle and agriculture consumption, resulting in economic losses, primarily in agriculture. The ministry classifies drought into meteorological, hydrological and agricultural. India might be headed for a meteorological drought this year. It refers to a condition with rainfall deficit to below 19 per cent of normal rainfall, thus failing to sustain moisture level of soil.

Four out of nine droughts in the last 15 years were severe droughts that jeopardised country’s food security. This year, the situation is comparatively grim as those states that produce about two-third of country’s foodgrain are severely impacted and may lead to a food crisis.

Can it get worse?

The frequency of droughts reflected in state data has left experts clueless. According to the drought management division of agriculture ministry, Assam will get a drought-like situation once in 15 years. The trend, however, shows that the state witnessed three droughts (including this year) in last nine years. 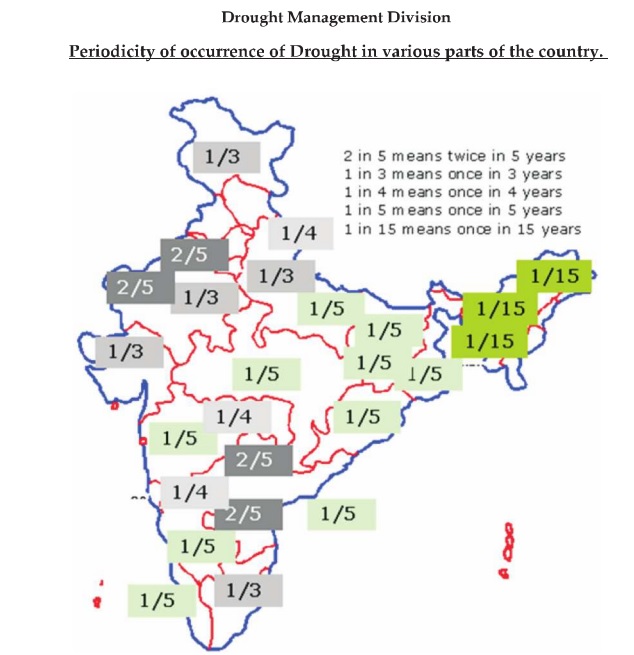