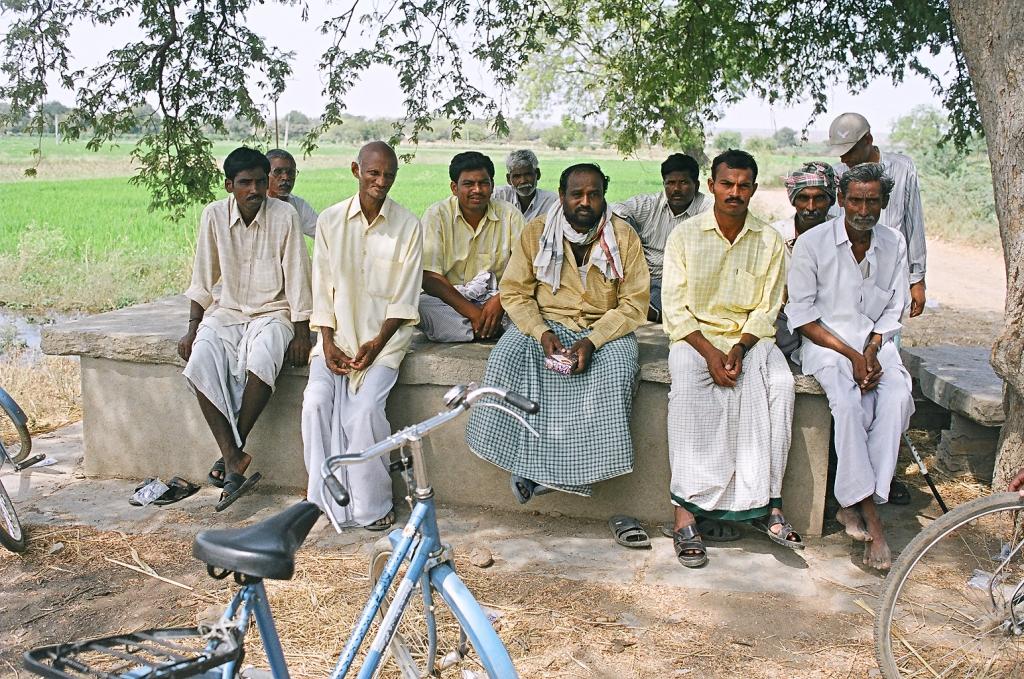 This is the second article in a two-part series on Agristack. Read the first part here.

The Union government’s new exercise to give agriculture a shot of technology — by creating a centralised farmer database under ‘AgriStack’— may not run a smooth course. The reason: Land records form the basis of the project, but the incomplete and muddled nature of it may lead to land grabs and dispossession, according to experts.

The Department of Agriculture, Cooperation and Farmers Welfare, April 13, 2021, entered into a Memorandum of Understanding (MoU) with Microsoft Corporation to start a pilot project in 100 villages of Uttar Pradesh, Madhya Pradesh, Gujarat, Haryana, Rajasthan and Andhra Pradesh. The MoU requires Microsoft to create a ‘Unified Farmer Service Interface’ through its cloud computing services.

This comprises a major part of the ministry’s plan of creating ‘AgriStack’ (a collection of technology-based interventions in agriculture), on which everything else will be built.

Land records as the base

On the face of it, making land records the basis for farmer database would mean excluding tenant farmers, sharecroppers and agricultural labourers. Data shows that population of farm labourers has outstripped that of farmers and cultivators. India has more farm labourers in 52 per cent of its districts.

Nachiket Udupa, associated with the Mazdoor Kisan Shakti Sangathan and the Alliance for Sustainable and Holistic Agriculture (ASHA), said:

“By making land records the basis for this farmer database, the Union government will exclude women (if the land is in the name of the male head of the household), agricultural labourers, sharecroppers, tenant farmers, those associated in allied activities such as fishing, beekeeping, poultry, animal husbandry, pastoralism, sericulture, vermiculture and agro-forestry from accessing these services on the digital platform because they may not own agricultural land.”

The MoUs talk about database creation from particularly three schemes: PM-KISAN (Pradhan Mantri Kisan Samman Nidhi), Soil Health Card and PM Fasal Bima Yojna (crop insurance scheme). The data from these three schemes will be compiled and compared with land records data. If there is a mismatch, it will be shared with the local authorities for validation and field survey.

The field data received from local authorities will be updated with the compiled data to create “clean, unique, standardised, verified data for AgriStack”.

But the exercise is already ridden with concerns about exclusions. This essentially means that the government will be using a poor database to begin with to decide on farm services.

For example, even for PM-KISAN, India’s largest cash income support scheme, the government has used the number of landholding as a proxy for the number of beneficiaries.

An analysis done in State of India’s Environment in Figures, 2021 by Delhi-based Centre for Science and Environment and Down To Earth stated that the quality of land records declined in 14 states.

“Linking land records with services access is too premature for India right now. We are not ready for it,” said R Ramakumar, professor, Tata Institute of Social Sciences.

The MoUs provide for physical verification of the land data gathered digitally, but there is nothing on what will be the course of action if disputes arise, especially when historical evidence suggests that land disputes takes years to settle.

“This over-emphasis on land records also leaves one wondering whether it’s the farmer who is the real beneficiary or real estate industry whose biggest nemesis in the land acquisitions is the issue of disputed ownerships of farmland in most parts of the country,” said Rajesh Krishnan, chief executive, Thirunelly Agri Producer Company Ltd, a farmer producer organisation (FPO).

Udupa added that while state governments have initiated digital exercises of their own, they focus on digitising records on paper without updating them.

The MoUs stress on profiling land and crop estimation using remote sensing and geo-spatial technologies. This could also lead to bypassing physical checks. So, the traditional system of a ‘patwari’ going and inspecting crops could be done away with in the future, warned Udupa. In that case, matching the GPS coordinates and the status of the crop with the farmer would need accurate land records.

“Now land record updation has been underway for many years, but it has simply not worked. New methods such as the Swamitva scheme have come up, but they are not effective on ground. So how will one carry this exercise this with a non-updated land records database begs another set of questions,” said Ramakumar.

These exclusions are even more worrying when the larger plan of AgriStack is to integrate agricultural marketplaces.

The MoUs, especially the one with Star Agribazaar, talks about integrating all digital marketplaces for agriculture commodities and inputs, thereby providing single log in access to farmers to these marketplaces and access to financial assistance.

The plans for launching unique farmer identification are already afoot. Under this proposal, the ID will be Aadhaar-seeded; this doesn’t inspire much confidence due to existing issues of vulnerability of Aadhaar database.

“Given that the proposed farmer ID will be Aadhaar-seeded, further issues of privacy and exclusion would emerge. Several researchers have demonstrated the vulnerability of the Aadhaar database to breaches and leaks, while Aadhaar-based exclusion in welfare delivery has also been well documented in different contexts,” said Rohin Garg, associate policy counsel, Internet Freedom Foundation.

The implementation of algorithmic governance is also a cause for concern.

“If algorithms decide the quantity and price of inputs that farmers will receive, who will be blamed when something goes wrong? Questions of algorithmic liability and accountability have not been adequately addressed, especially in the Indian context. So it is vital that such lacunae be filled before such a project is taken forward,” he added.

There is no denial that there is potential in data and technology in empowering farmers but only when the flow of information is balanced, sid Krishnan.

He added: “We have been exploring the potential of digitisation at various fronts, be it farm data of our members for organic certification process or for estimations of yield, market analysis, soil sampling for advisories on organic soil nutrition inputs etc. We also collaborate with research institutions that work on weather forecasts. The information thus provided to make better choices. But here, the flow of information is a two-way street.”