Are GM crops a real solution to pest attacks in Africa?

Adoption of GM crops is widely cited as a solution to combat pest resistance, but if recent developments are considered, the answer is not that simple

By early 2017, 13.5 million tonnes of maize in Africa had been lost to armyworm—an insect with a voracious appetite and reproduction rate. Credit: USGS Bee Inventory and Monitoring Lab / Flickr

Sub-Saharan Africa has seen an unexpected elevation in food crisis in the past year. The continent has seen its fair share of insect infestation and crop disease, but an invasive new bug’s swift multiplication has left unprepared farmers devastated. First detected in Nigeria in 2016, the fall armyworm (or corn leaf worm) is an alien pest that feeds on over 80 plant species and has seen rapid spread across West, Central and Southern Africa.

Since the pest’s preferred habitats are still largely unknown, a comprehensive forecast on devastation is difficult to deliver. The UK-based Centre for Agriculture and Bioscience International (CABI) released a preliminary evidence report this April. It found that by early 2017, 13.5 million tonnes of maize yield, which is 20 per cent of total estimated production (67 million tonnes), had been lost to armyworm—an insect with a voracious appetite and reproduction rate.

The region’s battles with food insecurity need no introduction. Fragmented land holdings, droughts stemming from El Niño events, weak political structures coupled with never-ending conflicts, absence of sufficient regulatory frameworks and lack of modern agricultural literacy make for a dangerous cocktail of crises. Total food production in sub-Saharan Africa has been growing at an alarming rate of less than one per cent per year, despite the region being capable of self-sufficiency—after all, 42.1 per cent of sub-Saharan Africa is arable land.

Elephant in the Room: GM Agriculture

The introduction of genetically modified (GM) crops as a panacea to this problem has been met with stiff resistance. Majority of farmers, consumers and advocacy groups alike refuse to let GM crops proliferate on African soil, labeling efforts as succumbing to the business interests of mammoth biotechnology firms.

Popular opinion is that once the seeds of influence are sown, small farm holders will lose control of their land and be stuck in a cycle of financial strain, as modified seeds need to be purchased after every harvest. Questions on food sovereignty merge with a fear of the unknown. Additionally, Africans would like to maintain their preferential export market in Europe, where buyers want organic produce over GM products. 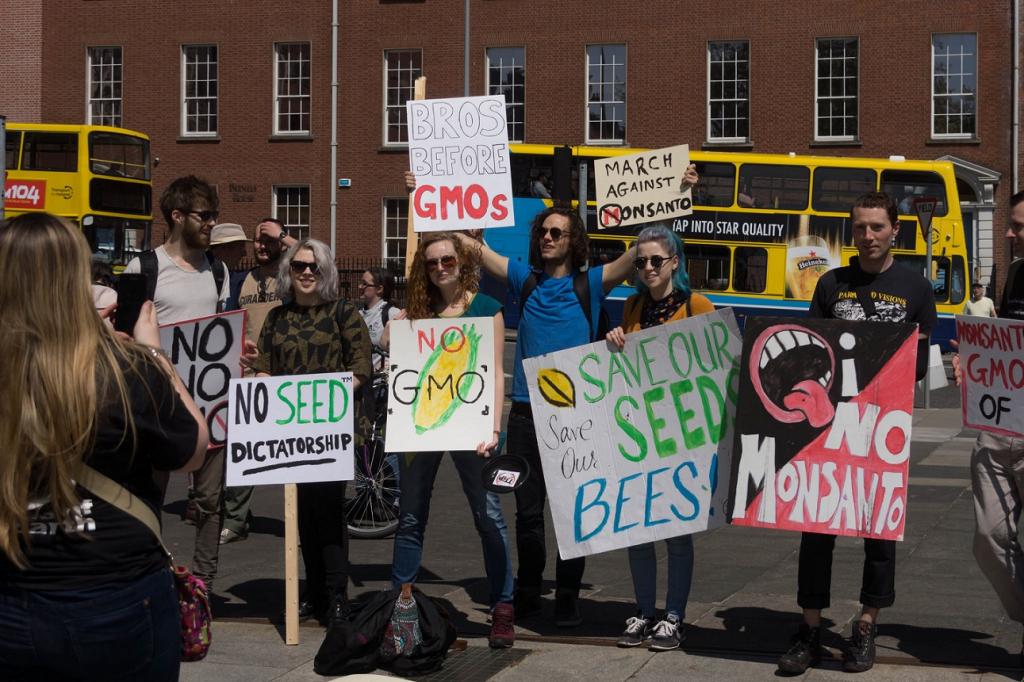 Currently, only four countries in Africa have seen large-scale adoption of GM agriculture–Egypt, Burkina Faso, South Africa and Sudan. Bt Cotton is the most widely cultivated GM crop. BT or bacillus thuringiensis is a bacterium that produces multiple strains of toxins used to ward off a variety of bugs. Farmers choose GM cotton as it is less labour-intensive and requires less pesticide. But as the products move up the value chain, business has shown a different story.

The Inter-professional Cotton Association of Burkina (AICB) sued biotech giant Monsanto in 2016 for an astounding US$83.91 million after the crop resulting from the company’s trademark seeds produced inferior quality lint, leading to a drop in market value. Shorter fibres led to a jump in losses from $71.3 million to $89.7 million in a single harvest. At the time, Monsanto observed that the Bollgard II trait offering bollworm resistance was intact.

South Africa has been the largest early adopter of transgenic seeds, being the only country to allow its staple foods to be genetically modified. Other international adopters such as the US, Argentina, Brazil and India primarily use these crops for animal fodder and manufacturing processed foods.

Changes in the GM Paradigm

Adoption of GM crops is widely cited as a solution to combat pest resistance, but if recent developments are considered, the answer is not that simple. Pink bollworms have recently made a comeback after adapting to Bollgard technology in India, while farmers in Brazil have complained of corn leaf worms mutating to develop resistance. As a result, cultivators are forced to spray large amount of pesticides, which have been shown to affect renal functions in humans. Thus, ‘pest-resistant’ GM crop is becoming a misnomer.

The University of Arizona published a study in October 2017, claiming that 16 cases of pest resistance to Bt protein—the protein crystal toxic to insects—were found across continents except Antarctica. In all these cases, the pests managed to develop resistance within an average of five years.

Despite fall armyworms developing a certain degree of resistance to GM crops and pesticides, the US continues to use both in its pest management strategy. Mass rearing and release of young parasites, which are the armyworm’s natural predators, is an option. However, it is not feasible for poorer farmers in Africa without subsidies or government-funded implementation.

The preliminary focus should ideally be on instructing farmers on how to identify, monitor and manage these pests based on local contexts and individual economic interests, according to CABI’s preliminary evidence report. Introduction of a virus-based bio-pesticide is a low-risk option that is successful if executed correctly. However, it takes time to show results, and there is also the issue of whether a foreign pathogen would be easily registered for use, given rigid African administrations. 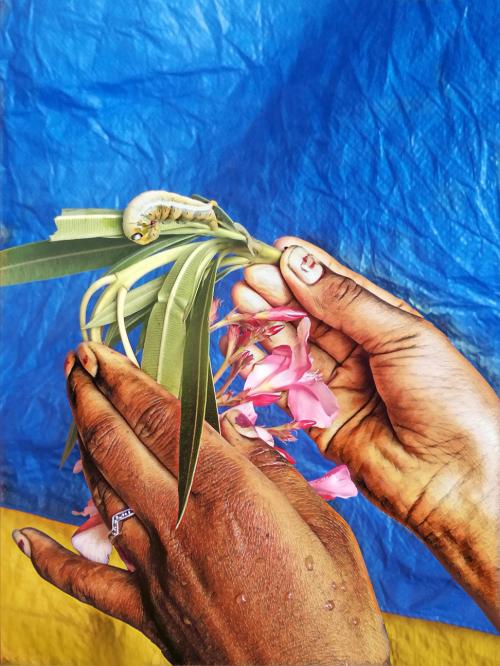 “With a little investment, Africa can feed itself and has the potential to feed the world,” says Kanayo Nwanze, president of the International Fund for Agricultural Development. But can bold vision transform into reality without any change in government policy?

Currently, over 230 million people are suffering from food insecurity due to climate change and crippled land use management. On top of that, combating the surge in insect attacks is the need of the hour, as damage to maize alone in the next 10 months could set the African economy back by $3 billion. Most of the countries, however, have shown reluctance with regard to adopting new GM technologies due to doubts about their effectiveness in ending the pest menace. Kenya, which gave the green signal for trials of GM cotton and corn this year, is a noteworthy exception. This is despite the country seeing GM sweet potato crops failing to resist viral attacks in the past.

In the midst of this, the fight between biotech giants to expand their GM seed markets into the continent might turn into an impractical exercise that barely benefits smallholder farmers.

If all three big agro mergers (Dow-DuPont, Bayer-Monsanto, ChemChina-Syngenta) pass their regulatory phases successfully, they would control 59 per cent of the world’s patented seed market along with 64 per cent of all pesticides. This could spell misfortune in the future for farmers and consumers alike. If seeds are made more expensive, food will see a ripple effect.

A Shift in Focus May Help

There could be a long-term silver lining if these biotech behemoths create new pest- and drought-resistant varieties of regional crops based on further study. Not enough research or fund is invested in cassava or sorghum, though the former is the highest produced crop in Africa. While the International Institute of Tropical Agriculture in Nigeria has developed a Vitamin A-enriched variety of cassava for the population that treats it as a staple food, the International Centre for Tropical Agriculture in Colombia is researching on “asparagus” cassava–a thinner variety that stands 10 feet high and is expected to give greater yields in a given area. 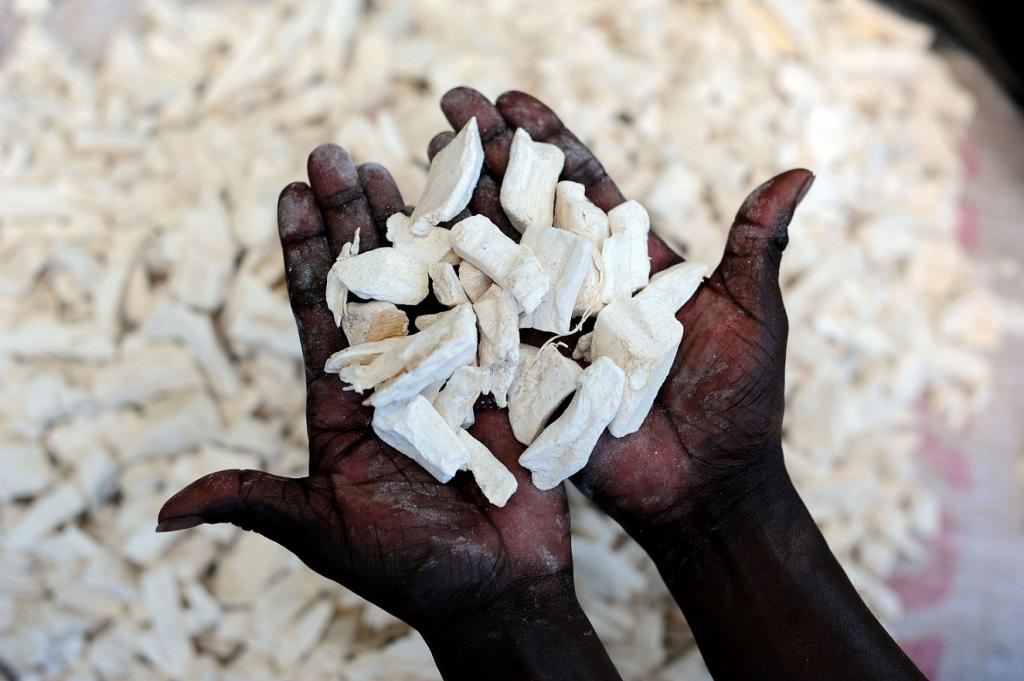 If agribusiness giants could join hands with such research institutes to develop regional varieties that resist the effects of climate change and plant disease, it would be the right biological innovation required to combat the pest problem without compromising on human health.

Indian companies can provide transfer of technology and technical expertise, since they operate in a region dominated by smallholder farmers. A report led by a researcher from the Institute of Development Studies at the University of Sussex has shown that many Indian executives have travelled to work in African seed companies to provide insights based on their experiences. Indian investment in the seed sector has also been documented, but firms have had problems establishing themselves.

Working for a New Africa

Bodies like the Alliance for a Green Revolution in Africa (AGRA) are working to improve the continent’s crop varieties using conventional breeding methods, supporting local entrepreneurs, developing fertilisers and helping finance farmers who can buy them. The new crop varieties–none of which are genetically modified—have not only produced enough seeds to plant an estimated 9.6 million acres, but have also improved yields.

Another body focusing on agro-ecology is Farm Africa, which operates in Ethiopia, Kenya, Tanzania and Uganda. It is working on teaching manure-based fertility management, water conservation and proper tillage to farmers. Early warning systems for extreme weather events are also being put into place, as seeds and soil are only one part of the puzzle. 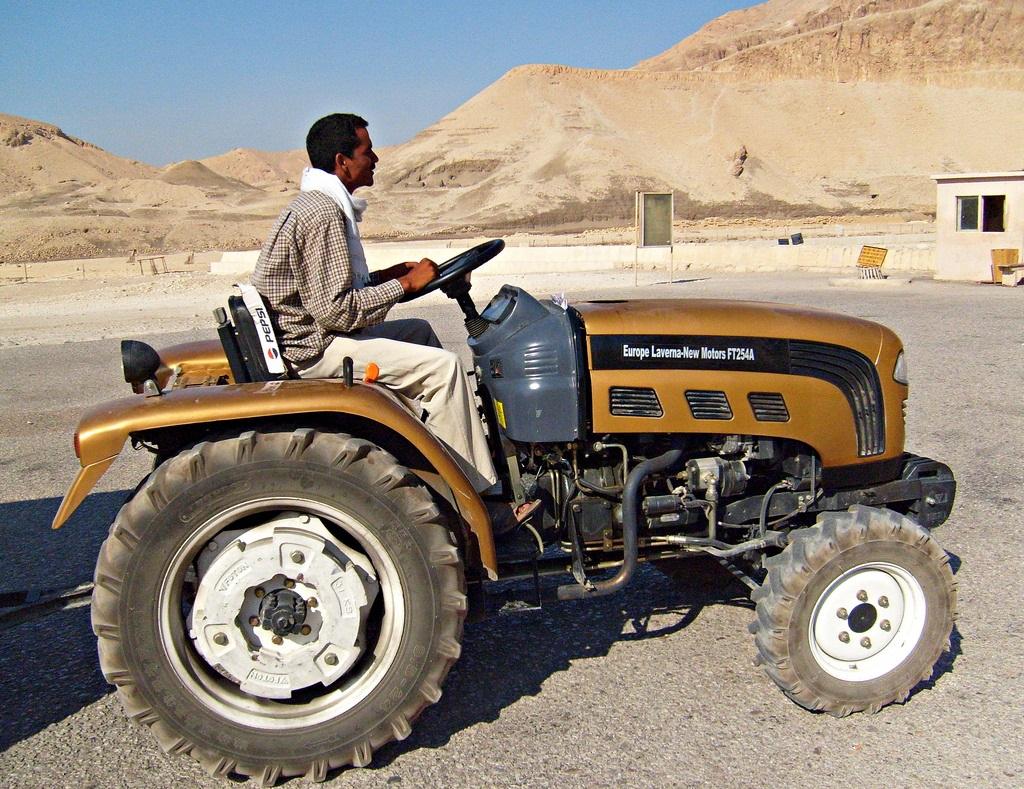 The farming population looks to solve its problems as much as possible. Machine-rental services are on the rise, as the youth do not prefer labour-intensive harvesting if high yield is not guaranteed. There has also been an increase in the purchase of mid-sized farms by urban professionals or influential rural people–land that has been acquired later in life using non-farm income. This signals a shift in agricultural trends and promises growth due to local accountability.

Could Digitisation Bridge the Gap?

Seventeen years ago, pest management research activities in Africa focused on classical biological control and host plant resistance breeding. However, these practices were not widely adopted due regional differences in need. This was further compounded by the fact that farmers lacked the biological and ecological information necessary to develop new practices by experimentation.

With an estimated 929.9 million African Smartphone users by 2021, digital penetration could pave way for more research on local crops and microclimates. Increased access to organic as well as GM crop data, combined with open forums for discussion, could mean that African farmers would finally be able to choose their best approaches towards agriculture and pest control.