Experts came together at a regional consultation on Asia’s biodiversity to assess opportunities on how to ensure food security and enhance nutrition across the continent.

The Asian region’s agriculture, livestock, forestry and fisheries produce food through a complex relationship. Better understanding of how this works can help scientists improve food security in the entire region.

“We need biodiversity for food and agricultural production, including fibre, fuel, fodder and much more. Associated biodiversity and ecosystem services also underpin ecosystem resilience, adaptation to climate change and sustainable livelihoods,” Vili A Fuavao, the deputy regional representative of the Food and Agriculture Organization’s (FAO) Regional Office for Asia and the Pacific, said.

The Asian region is expected to lead the global population growth in future. 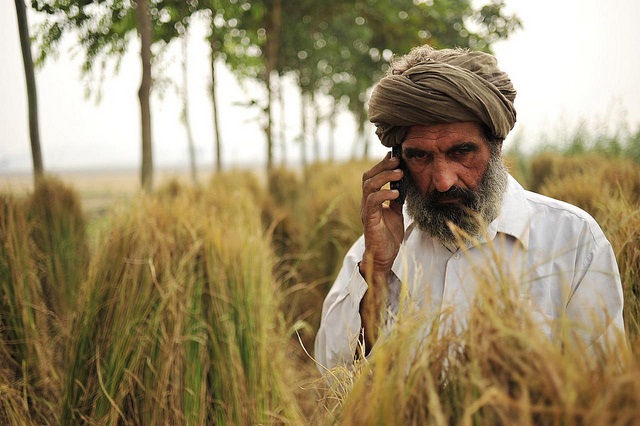 “Food production and its physical availability are certainly essential to addressing food security. However, food security is about more than just producing sufficient food—it encompasses the need to ensure access to sufficient and nutritious food at all times,” Dan Leskien, senior liaison officer, Secretariat of the Commission on Genetic Resources for Food and Agriculture, FAO, told Down To Earth.

Apart from Asia, when it comes to food production and consumption, increasing the former and reducing the latter is certainly a future challenge for all regions of the world. All regions need to harness improvements in consumption, production and the value chains that link them in an integrated drive to make agriculture and food systems more economically, socially and environmentally sustainable, Leskien said.

On the food production and consumption side, increasing the former and reducing the latter is certainly a future challenge for all regions of the world.

On the consumption side, there is a need to reduce over-consumption and losses. On the production side, we need to produce more and, at the same time, reduce the negative environmental impacts of our food and agricultural production systems.

The purpose of the consultation on the State of Biodiversity for Food and Agriculture in Asia is to assess the needs and priorities for its sustainable use and conservation.

According to the FAO, biodiversity for food and agriculture includes the biological diversity present in or of importance to agricultural, pastoral, forest and aquatic production systems.

Representatives from 14 countries are participating in the three-day consultation. It is a part of the global assessment process under the aegis of the Commission on Genetic Resources for FAO.

“Previous assessments have given us quite a clear picture of what we know and what we do not know about plant, animal, forest and aquatic genetic resources, in other words, the biodiversity that is of direct use to human beings, be it as food or plow horse,” said Irene Hoffmann, secretary of the commission.

Biodiversity for food and agriculture is among the Earth’s most important resources. Crops, livestock, aquatic organisms, forest trees, microorganisms and invertebrates make up the web of biodiversity upon which the world’s food production depends.

“In all regions biodiversity is essential for sustaining food production and achieving nutritional diversity,” Leskien added.

“Tapping into biodiversity…promises to allow us to produce more with less, more and more nutritious food with less negative impact on the environment.”

In 2017, the FAO will launch the next edition of The State of World’s Biodiversity for Food and Agriculture which will look at the contribution biodiversity makes to food security, livelihoods and environmental health.

Asia is home to five of the world’s 17 megadiverse countries known to have the majority of the Earth’s species and a high number of endemic species. These countries are China, India, Indonesia, Malaysia and the Philippines.

Megadiverse countries may conserve and sustainably use their genetic resources for food and agriculture. “There is a high risk that biodiversity is lost where farmers’ transition to new modern varieties (happen) and where these varieties ultimately replace farmers’ varieties. It is important to conserve and continue using these traditional varieties—they are the life insurance of our food and agriculture systems. In addition, megadiverse countries may share their genetic resources with other countries.” Leskien said.

The region has a huge amount of wild foods, non-traditional and underused edible plants and animal species, a wide diversity of landscapes and production systems and traditional knowledge about the use and maintenance of biodiversity.

“Of the more than 50,000 edible plant species in the world, only about 7,000 have been cultivated for consumption in human history. Most aquaculture produce comes from only about 200 species of the more than 175,000 species of fish, molluscs, crustaceans and aquatic plants living on this planet. A mere 35 or so animal species have been domesticated for use in agricultural and food production,” Fuavao added.

“In order to feed our growing population, we have to intensify agricultural production in a more sustainable manner. There is no way we can do it without agricultural biodiversity.”