One of the most vulnerable countries to the impacts of climate change, Bangladesh is examining climate resilient ways to boost domestic cotton production 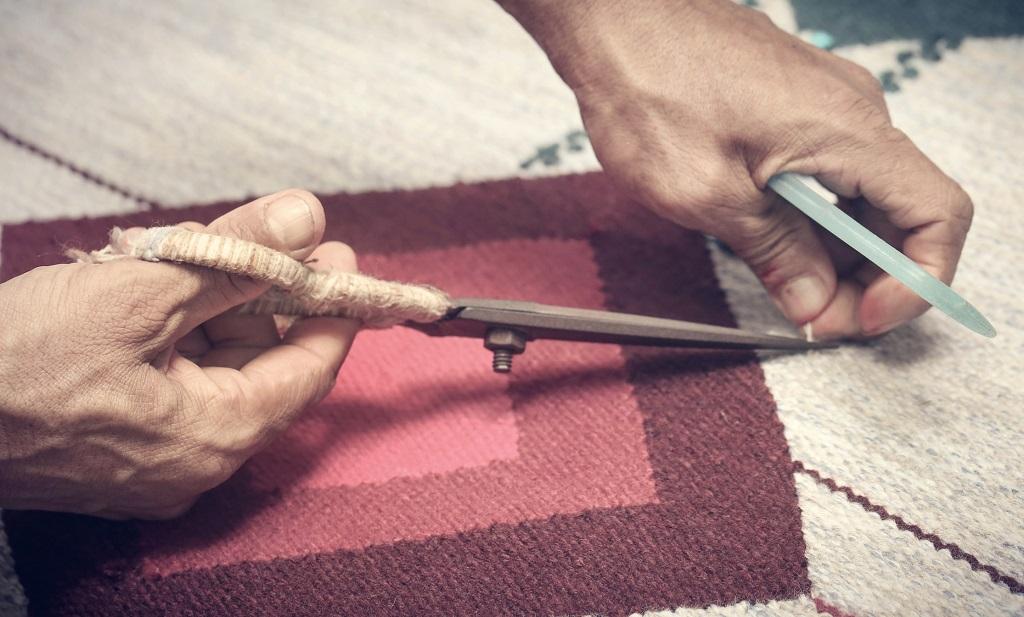 This was not always the case.

For decades, farmers cultivated only one crop a year during the monsoons and the lands remained fallow for the rest of the year. With a population of roughly 18 million, 60 per cent of which is engaged in agriculture, the division falls within the Barind tract that receives the lowest annual rainfall in the country.

Shariful, a farmer from Rajshahi, says that groundwater availability has decreased over time. A high density of deep bore wells led to overexploitation of groundwater, pushing the region back into severe water shortage. Data shows that maximum and minimum depths of groundwater decreased from 11m and 2m in 2000-01 to 14m and 7m respectively, in 2012-13. Farmers say that they often have to resort to non-agricultural labour to make ends meet because they never know which year cultivation would be profitable.

Climate change is further exacerbating the issue with monsoons becoming increasingly uncertain and untimely over the past few years.

Bangladesh is one of the most vulnerable countries to the impacts of climate change. Its geophysical characteristics expose it to extreme events and its economy relies heavily on agriculture which is highly climate sensitive. Moreover, a large proportion of the population lives on less than a dollar a day. This means that even the smallest shocks or stresses can push these already socio-economically marginalised sections further into poverty and deprivation.

Ever since the Barind Multipurpose Development Authority (BMDA), a department under the agriculture ministry, initiated a concerted effort to tap groundwater through deep bore wells in 1985, farmers in Rajshahi have been able to cultivate as many as three crops a year.

“Ever since the deep bore wells were installed, we have grown Amun (rice) twice a year. For more than a decade, we believed that we had overcome crop failures and the inability to grow multiple crops due to acute rainfall shortages. We have also come to realise that extracting groundwater for irrigation is not a long-term solution to drought,” says Shariful Islam.

Since 2013, a small group of farmers in Nijampur have started growing cotton, especially on unirrigated land. Due to its vertical tap root, cotton is much more resilient to high temperatures, less water intensive and needs just one round of irrigation. In drier regions like the Barind tract, cotton is yielding better results than rice which require standing water and multiple rounds of irrigation. While the input costs for growing cotton per bigha of land are slightly higher than that for rice, the returns for cotton are significantly higher, that is 0.72$/kg as compared to 0.22$/ kg for rice. However, cotton farming is labour intensive, and most farmers require more information on seed varieties, pesticides and fertilisers.

Yet most small scale farmers continue to grow highly climate sensitive traditional crops such as rice for fear of perceived uncertainties. Perceived risks, primarily due to lack of information and support, have resulted in the transition to cotton cultivation being limited to farmers who have the economic avenues to bounce back from potential losses

In Anupampara village, around 100 km from Nijampur, farmers have been growing cotton for more than 20 years. The soil is coarser and water availability is lesser in the region. Farmers grow cotton followed by lentils in the colder season. They also grow turmeric and sugarcane.

Cotton has helped farmers cultivate land which used to previously stay fallow due to lack of irrigation facilities. Since the BMDA recently prohibited the installation of new deep bore well connections in Rajashahi, cotton crop has become an attractive crop in this water scarce region.

The textile and Ready-Made Garments (RMG) industry contributes significantly to Bangladesh’s economy. As of 2012-13, RMG accounted for close to 83 per cent of all national exports. However, Bangladesh’s domestic cotton production forms merely 4 per cent of the industry’s demand for raw cotton.

The Cotton Development Board (CBD) under the Ministry of Agriculture has been working towards reducing this gap through various policy, research and practice driven measures. “Cotton is an economically viable crop, especially in drier regions. We have set up demonstration farms, provide information and inputs support to the farmers and buy cotton from them at market prices to ensure they get the best returns,” says a CDB official who requested anonymity.

Cotton imports are proving to be a major drain on foreign exchange reserves in Bangladesh. To improve the balance of trade and make the textile industry, which contributes about 27 per cent to the country’s GDP, more self-sufficient, domestic cotton production needs to increase exponentially. To incentivise cotton production, the existing blockages need to be identified not just at the production level, but across the entire value chain, especially in the context of additional risks brought about by the changing climate.

Even though cotton is known to have properties that make it climate resilient, a programme by the Action on Climate Today (ACT), a programme by the UK government on climate change mitigation across South Asia has been assisting CDB in examining the resilience of the cotton value chain to climate change across the pre-production, production, post-harvest and market stages. This is led by the International Centre for Climate Change and Development, Bangladesh. Mohammad Nadiruzzaman, ACT’s team leader for Bangladesh says, “Our purpose is not just to help make the cotton production process more resilient to climate change through overcoming existing blockages and future risks now, but also to equip CDB with the skills to analyse the resilience of the value chain to enable them for the future.”

These findings highlight an urgent need to enhance technological, information and infrastructural support to farmers. The study delivers a number of recommendations, some of which are:

Provide accessible and comprehensible weather information to farmers: weather shifts need to be communicated regularly to farmers to ensure that sowing times can be adjusted such that sensitive cotton flowers are not exposed to untimely rainfall. Since farmers apply pesticides based on subjective perception of changing weather patterns, leading to over application, timely weather information will permit efficient use of pesticides and check pest infestations.

Incentivise use of organic pesticides: climate change impacts may lead to an increase in pest infestation.  To avoid rampant use of chemical pesticides, it is imperative to shift to organic options.

Decentralise collection: the current system is tightly controlled by a small number of private ginners, and hence leads to delays. With increasing moisture and temperature in the cotton cultivation areas due to climate change, these delays will result in larger proportion of cotton perishing, leading to considerable losses.

The CDB is in the process of incorporating these recommendations in its Action Plan and further research to ensure that measures to enhance the resilience of the value chain are mainstreamed into its everyday business and delivered at scale.