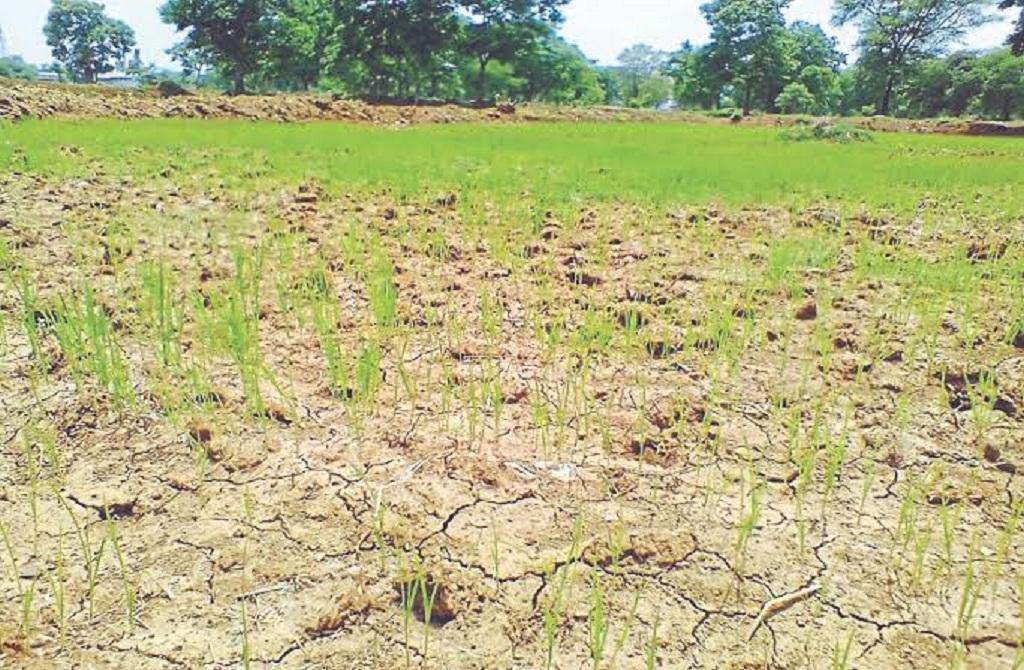 An erratic monsoon has dented the hopes of Bihar’s farmers of a good Kharif 2021.

The rainfall was very heavy in parts of the state and scanty in others, because of which the cultivators have not been able to transplant paddy seedlings or sow maize seeds. Around 50 per cent of the farmlands was still unused till July 27, 2021, according to official records.

Kharif is the main crop of farmers in the state: It gives economic sustenance to thousands of families dependent on agriculture for survival.

The late transplantation of paddy crops caused by erratic rainfall may lead to crop yield loss of up to 50 per cent in the eastern state, agricultural experts estimated.

The ideal period for transplanting paddy seedlings is till mid-August but the progress has been slow this year due to rainfall deficiency in several parts of the state, they argued.

Only 46.88 per cent of the desired paddy transplantation has taken place so far and maize-sowing was 68.94 per cent in the state till last week, a report by the Bihar agriculture department showed. This happened due to rain deficiency in most of south, central and eastern Bihar and flooded fields in the northern region of the state as a result of heavy rains.

Of the total target of transplanting paddy crops in 3,300,000 hectares of land, just 15,46,958 hectares have been covered so far, the report said. Till July 22 last year, paddy transplantation had been completed in 2,284,680 hectares, according to the department data.

Similarly for maize, seeds have been sown over 310,214 hectares of land against a target of 4,50,000 hectares. Till this time last year, maize seeds were sown in 372,589 hectares of land, the report said.

“Late transplantation of paddy seedlings may cause at least 50 per cent yield loss to Bihar,” agriculture expert Hari Mohan Mishra said, adding the crop yields depend on the duration of crops. “The more the duration, the higher the crop yields.” He added:

If the yield of a 150-160-day variety crop is 55-60 quintals per hectare, then a 100 days variety has only 25-30 quintals. However better the crop management, the yield won’t go up much since the formation of paddy tillers (leaves) remains small due to shorter duration.

There are at least seven districts of the state's total 38 where paddy plantation has been less than 20 per cent till July 22 because Bihar reported about 26 per cent rainfall deficiency in the current month, according to data from the agriculture department.

“The rainfall deficit is more than 250 per cent in Jamui and the day temperature is still around 32 degrees Celsius,” district agriculture officer of Jamui, Avinash Chandra said. The prevailing situation predicts a very bleak future for paddy crops, he added.

Large parts of farmlands have dried up due to low precipitation. So, even if some farmers managed to transplant the seedlings in their fields using pump sets, the plants have started withering away for want of adequate irrigation facilities.

Munger, an eastern district, is facing such a situation. “The fields have dried up and cracks have surfaced. Plants are withering on the field. If we get no rainfall soon, our remaining paddy seedlings will also get destroyed,” said Naresh Murmu, a local farmer. He has three acres of agricultural land but was able to complete paddy transplantation on just half an acre so far.

Farmers in the southern district of Nawada found themselves in a more precarious position. The district received 347 mm above-average rainfall in June which delayed sowing of paddy seeds, said officials. And now that it is time for transplantation, the monsoons have given the area a miss.

“The paddy transplantation has been badly hit due to erratic rainfall. We expect crop damage of up to 30 per cent,” Nawada district agriculture officer Laxman Prasad said.

There was a rain deficit of 47 per cent in Banka district and this affected paddy transplantation. “Paddy seedlings are safe in the fields but the transplantation has been delayed due to dry fields. The farmers may suffer a huge crop loss if they carry out transplantation after August 15,” said district agriculture officer, Banka, Vishnudeo Kumar Ranjan.

In the north Bihar districts, paddy transplantation works were affected due to flooded fields. The areas criss-crossed by a number of major rivers such as Kosi, Bagmati, Kamala Balan, Gandak and Ghaghra got early rainfall and then, in July, faced flash floods. This not only delayed sowing of seeds but also flooded the paddy-transplanted fields.

The farmers who lost their paddy seedlings due to water-logged fields are now planning to sow paddy seeds again to make up for the loss.

“We face such situations almost every year and hence, save some seeds for the worst time. We are now planning to sow paddy seeds in fields where transplanted paddy seedlings have been destroyed. We know we will suffer yield loss but at least our farmland won’t remain unused,” said Manoj Kumar, a farmer from Motihari in East Champaran district. He added:

Farmers whose fields are not inundated will have a loss of up to 30 per cent but those with farmland still under water will suffer 100 per cent loss.

Around 75 per cent of the state's population is dependent on agriculture, according to Bihar Economic Survey, 2020-21.