A range of biotechnological approaches, including both traditional ones like selective breeding and fermentation techniques, and modern ones such as genomics, molecular breeding and genetic engineering, can contribute towards achieving food and nutrition security 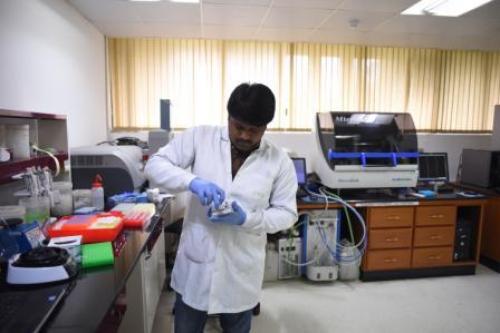 The words of Noble Laureate and father of the Green Revolution Norman Borlaug, “You cannot create a peaceful world on empty stomachs,” ring true in the current situation when we are faced with the mammoth task of feeding a growing population expected to reach 9.7 billion by 2050.

Food insecurity is one of the world’s most pressing problems today, creating directly or indirectly several other challenges for man—migration being one of them, as highlighted by Elwyn Grainger-Jones, executive director, CGIAR System Organization. The United Nations too have realised the importance of migration. This year’s World Food Day theme (October 16, 2017) was on Changing the future of migration–invest in food security and rural development. (Also read Roots of change: Make migration work for rural development).

The challenge of nutritiously feeding the skyrocketing population will be even more severe for developing nations. For instance, in the case of India, the recently released National Nutrition Atlas from the National Institute of Nutrition and the Indian Council of Medical Research highlights that majority (two-thirds) of the states have a high percentage of malnourished children and high level of wasting. This is mainly because of the non-availability/non-accessibility of/to enough amounts of proteins and micronutrients for pregnant women and children under the age of five. The recently released 2017 Global Hunger Index also highlights that the situation is serious for India.

I feel there are a range of biotechnological approaches, including both traditional ones like selective breeding and fermentation techniques, and modern ones such as genomics, molecular breeding and genetic engineering, that can contribute towards achieving food and nutrition security.

In the current era, advances in genomics sciences have equipped scientists to decode genomes for any crop species (the recent example being that of pearl millet) and we can get information on genes responsible for important agronomic traits. Gene information can be used to accelerate breeding programmes and develop high-yielding and better varieties faster.

At the International Crops Research Institute for the Semi-Arid Tropics (ICRISAT), we together with our partners from the Indian Council of Agricultural Research and state agricultural universities, have developed improved lines of chickpea (tolerant to drought), groundnut (resistant to foliar disease and having high Oleic acid content), pearl millet (resistant to downy mildew and having high iron and zinc contents) and sorghum (tolerant to drought).

Some of our recent works on molecular breeding at ICRISAT have led to the development of chickpea lines with enhanced drought tolerance that can provide 10-20 per cent higher yields than the existing drought-tolerant varieties under rainfed conditions.

However, in some cases, the available options for improving crops are only genetically modified (GM) crops. For instance, in the case of insect resistance in chickpea, pigeon pea, brinjal and cotton, we need to embrace GM technologies, as enough amount of natural variation is not present for resistance. We have already seen the success of Bt cotton in our country, as India from being an importer a few years ago has now become a major exporter (Status Paper of Indian Cotton—National Food Security Mission, 2017). The other potential GM crop to help the farming community is GM mustard. (Also read Do we really need GM mustard in India?).

Biotech crops can play a significant role in this, which is substantiated by the report of the International Service for the Acquisition of Agri-biotech Applications that suggests that historically biotech crops are the fastest adopted crop technology, giving farmers satisfaction about their benefits and high adoption rates.

There have been significant increases in global planting of biotech crops in 2016 that reached 185.1 million hectares as compared to 179.7 million hectares the previous year. In India, 7.2 million farmers planted more than 10.8 million hectares of Bt cotton in 2016. Globally, from 1996 to 2015, biotech crops generated economic gains at the farm level worth US$ 167.8 billion. Biotech crops have reduced the amount of pesticides used by 620 million kilograms. In 2016 alone, fewer insecticide sprays reduced carbon dioxide emissions by 26.7 billion kilograms, equivalent to taking 11.9 million cars off the road for a year. Biotech crops helped alleviate poverty by helping 18 million small farmers and their families, totaling 65 million people.

We have to bear in mind that any technology has seen reluctance in acceptance when initially introduced, but the entire world today has already seen the impact of technology in day-to-day life. Similar is the case with biotechnology crops as well. Given the current situation of feeding the world we need to produce more with limited available natural resources (land, water etc).