Centre may reduce moisture content limit for wheat, paddy. Why this will hurt farmers

The government is trying to gradually withdraw from procurement operations, MSP regime with this move, feel farmers 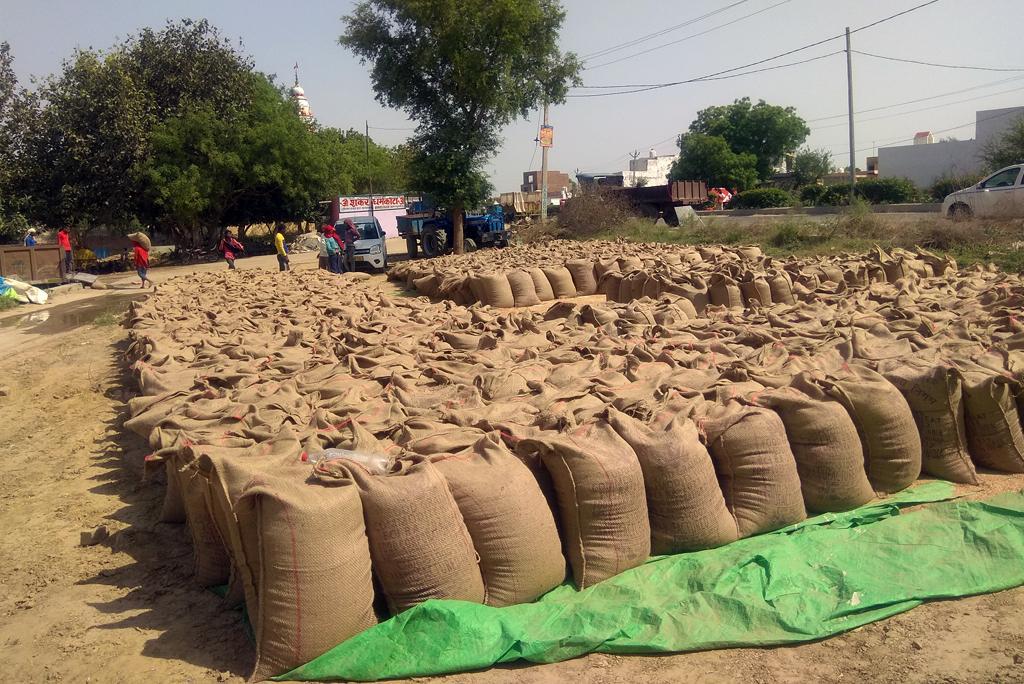 A recent draft proposal by the Union government to change the moisture content limit for wheat and paddy has farmers worried ahead of the rabi procurement season that begins April 2022.

The ideal moisture content in wheat may be reduced to 12 per cent from 14 per cent and in paddy to 16 per cent from 17 per cent, according to the discussions between  the Union Ministry of Consumer Affairs and Food and Public Distribution and the Food Corporation of India (FCI), which procures food grains from farmers on a minimum support price (MSP).

Moisture content has been a sensitive issue with farmers as this is yet another hurdle for them to fetch a good price for their produce. Untimely rain ahead of procurement season and lack of sheltered storage space at the mandis already make it difficult for farmers to keep their stocks dry. Lowering of the moisture content limits will add to their woes.

The procurement process has also been delayed in the last few years for several problems at the mandis (market). The quality of their produce has suffered while waiting at the mandis for an inordinate amount of time, the farmers said.

Weather conditions and other circumstances are not in our control. Last year, there was an issue with gunny bags and I had to wait for days at the mandis for the government to procure the crop. Then, it also rained. So, the moisture content of my wheat stock increased. I had to sell it below MSP.

The proposed changes, however, are not based on a study or analysis by FCI on problems with 14 per cent moisture content, disclosed an FCI official, who did not wish to be named. “The intention is to improve the quality of foodgrains  we are procuring for the public distribution system (PDS),” he said. The changes should not be seen as some sort of corrective measure, he added.

The ministry has written to agriculture departments of state governments for their comments, said an official from the Punjab unit of FCI. “The higher the moisture in the crop, the more difficult it is to store for long,” said the official.

After harvesting, wheat absorbs moisture while rice loses it. On an average, wheat contains 15 to 22 per cent moisture on harvest. Farmers have to dry their produce after harvesting and even at mandis before procurement.

It is not the first time that the matter has been taken up by the government. A similar proposal was discussed in March 2021.

Farmers are also seeing this move as the government trying to gradually withdraw itself from the procurement operations and MSP regime.

When the government was promoting the production of rice and wheat in Punjab and Haryana, it used to procure even high moisture content crops, said GS Bajwa, a farmer from Gurdaspur district who farms with modern technology and tries to avoid chemicals on his farms as much as possible. “Now they are punishing us.”

The crops go through various processes after being harvested: Packing, transportation to the mandis and drying at the mandis before procurement, he said. “It is the duty of the FCI to bring the produce to their optimum level before distribution.”

The FCI godowns still don’t have modern technology and they are putting the onus of this on farmers, the farmer said.