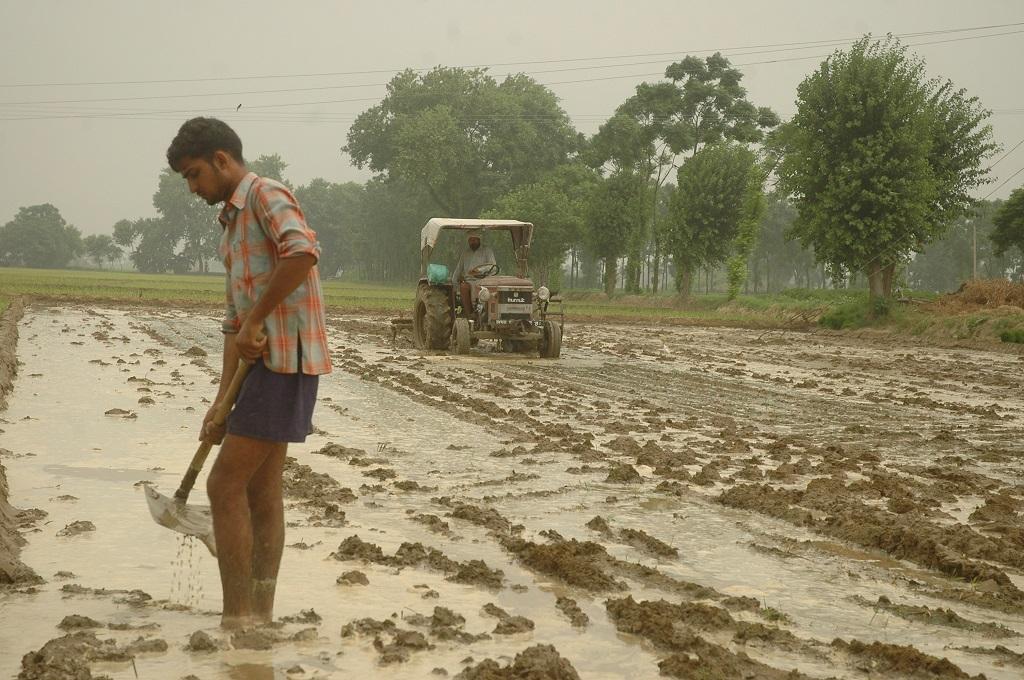 Bihar CM Nitish Kumar has, on several occasions, criticised the PMFBY, arguing that it benefits the insurance companies more than the farmers. Credit: Agnimirh Basu

The Bihar government has rolled out a one-of-its kind scheme for farmers to provide them a cover in case a natural calamity strikes. Enshrined as Bihar State Crop Assistance Scheme, it offers a fixed compensation to farmers.

According to the document available on the website of Bihar’s cooperatives department, if the production is less than 20 per cent the threshold limit, farmers will get Rs 7,500 per hectare. The maximum they would get is for two hectares, amounting to Rs 15,000.

If the loss in production is more than 20 per cent, farmers will get Rs 20,000 as support at the rate of Rs 10,000 per hectare.  The threshold production would be calculated by multiplying the average production of the last 7 years with indemnity level of 70 per cent. This scheme would come into force from upcoming Kharif season itself, the sowing for which would start soon in the state.

“The purpose of the scheme is to ensure that farmers have enough money for the next crop cycle if their current crop has been affected by a natural calamity. It will also ensure continuity in income of farmers,” reads the document.

Speaking at a function in Bihar's Jehanabad district today, CM Nitish Kumar clarified that both the schemes—PMFBY and Bihar State Crop Assistance Scheme—will run concurrently. He explained that farmers were not getting benefitted by PMFBY and hence, the state government felt the need for the scheme. During the last Kharif and Rabi season, the state and the central governments shelled out Rs 400 crore each as premium, besides what farmers paid. But the farmers in the state, according to him, got only Rs 150 crore, with the state government not getting back what it was paying as premium money.

Principal secretary of cooperative department Atul Prasad also said yesterday that it is not an insurance scheme. Unlike Pradhan Mantri Fasal Bima Yojana (PMFBY), where the state and the Centre pay 49 per cent each for the premium while the rest 2 per cent comes from farmers, this scheme does not require payment of any premium  and it is an assured support from the government.

Bihar Chief Minister Nitish Kumar has, on several occasions, criticised the PMFBY, arguing that it benefits the insurance companies more than the farmers.

The state government’s new scheme would cover both land and landless farmers. The farmers will have to register online. The amount will be transferred into the accounts of the farmers through net banking via district cooperative banks.