Crop holiday: What made these Andhra paddy farmers consider it

Lack of payment of dues, no change in MSPs and creaking infrastructure has caused farmers in AP’s Godavari delta region to refrain from sowing paddy 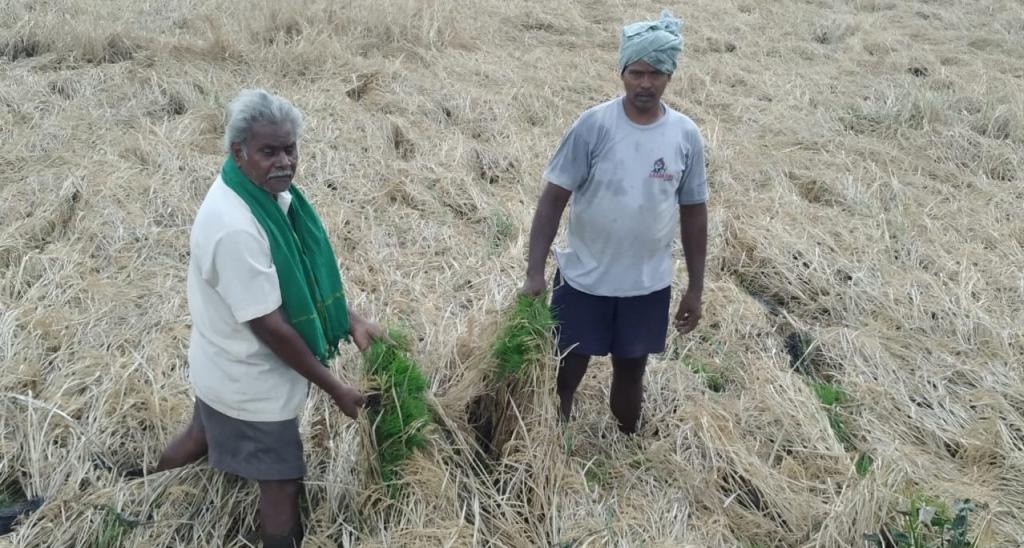 Farmers in the fertile and water-rich delta of the Godavari river in Andhra Pradesh are contemplating a ‘crop holiday’, not growing this year’s Kharif crop, citing non-payment of dues, bad policies and shoddy infrastructure.

Farmers in the Dr BR Ambedkar Konaseema district, carved from East Godavari district this year, told this reporter that they had not been paid for their crop; the rise in input costs had not been matched with a rise in minimum support prices (MSP) and water from canals was flooding their fields.

Read What is behind fertiliser shortage in Andhra Pradesh

Take for instance, 63-year-old K Appa Rao. He is a landless tenant farmer from Devaguptam village of Allavaram mandal in the Konaseema district. A mandal is headed by a tehsildar.

“It has been a month since we gave our harvested paddy to the RBKs (Rythu Bharosa Kendras). Not a single paisa has been credited to my account. But the government claims that we have been paid,” he said.

“We requested the authorities to engage the labourers in National Rural Employment Guarantee Scheme work post the harvest of paddy as there was shortage of labour in the area.

“I also have an NREGA job card and seek work under the scheme. But the officials did not pay heed to us. There are farmers who left their crops without harvesting due to lack of labour,” Rao added.

Many tenant farmers in the region also said most of the benefits accrued to the land owners, leaving little for them. Rao has a CCRC card (Crop Cultivators Rights Card) but it entails no benefits as they are all garnered by the land owners, he claims.

They have to sell a 75 kg bag of paddy for anywhere between Rs 1,100-1,200 as they either lack the CCRC card or the land is not e-cropped (a process by which the name of the tenant farmer is recognised).

K Nageshwara Rao, a farmer from Indira Nagar village, also in Allavaram mandal, said, “We got just 15 bags of paddy during Kharif and 30 bags in Rabi. Of this, I had to pay 20 bags as tenancy per acre for the year. I am unable to pay interest on debts for expenses incurred during the Kharif season,” he said.

My own grain sold to RBKs on the 18th of last month at MSP price, has not been paid for yet. The records have been manipulated to show that the grain was given June 3 and now, I have to wait for another 21 days to be paid. There is no guarantee we will be paid after that date.

Farmers in Konaseema had declared a crop holiday way back in 2011 too. Non-payment of MSP was a reason then as well. And it has been awaiting resolution since.

The then-government had appointed a committee under Chief Secretary Mohan Kanda, which made some 30 recommendations. These have remained unaddressed though three governments have completed their tenure since then.

“The MSP of Rs 1,940 announced by the central government for a quintal of paddy is flawed and doesn’t factor in the costs incurred in Andhra Pradesh,” Kanneganti Ravi, a farm activist of Rythu Swarajya Vedika, said.

Ravi added that the methodology used by the CACP (Commission on Agriculture Cost and Prices) to fix MSP was erroneous and did not factor in the cost pegged at Rs 2,225 by the AP agriculture department.

The rates of fertilisers have risen some 60-70 per cent in the last 10 years. But the price of paddy hasn’t risen commensurately, Brahmanandam said.

One of the reasons for the 2011 crop holiday was the role of canals. Narrow canals had led to water ingressing into fields. Canals have played a role this time too.

“The canal drainage system is pretty bad and leads to flooding of our fields. The water from aquaculture farms is being let off into irrigation canals, increasing salinity,” Nageshwar Rao, said.

The canals have been encroached over the last 40 years and have shrunk from a width of 20 metres to two metres, Brahmanandam said.

Meanwhile, seeds and fertiliser dealers across the region are worried at the prospect of a crop holiday.

Suri Babu, owner of MHR Traders, a wholesale seeds dealer from Mummidivaram of Konaseema district, said, “We will be losing Rs 300 on every packet of seeds left unsold as they have to be sold to rice mills.”

“I sell 30 tonnes of seeds in the I.Polavaram and Mummidivaram mandals in Konaseema district. As of now, the sales are negligible,” he added.

P Satyanarayana Murthy, who runs Sri Durgadevi Agencies in Allavaram mandal in Konaseema district, said, “I think 50 per cent of the sowing will happen in the next 15 days of this month. If big farmers take up operations, the smaller ones will take a cue from them. The situation will be clear in the next four to five days. But there are indications that the acreage of paddy can fall.”

“This is happening to all crops in the country. The economic design is to keep the farm prices low so markets also behave accordingly. The low prices paid to farmers is causing the distress.

“The viability of pro-market economic reforms rests on keeping the farm produce prices low. I am personally in agreement with a crop holiday by farmers across the country. Until they produce enough, governments will never admit there is an agrarian crisis. The absence of a lobby for farmers has allowed the government to look the other way with impunity,” he said.