When most of the terms of trade are against farmers, doubling their income by 2022 will be a challenge unless we address the post-production issues 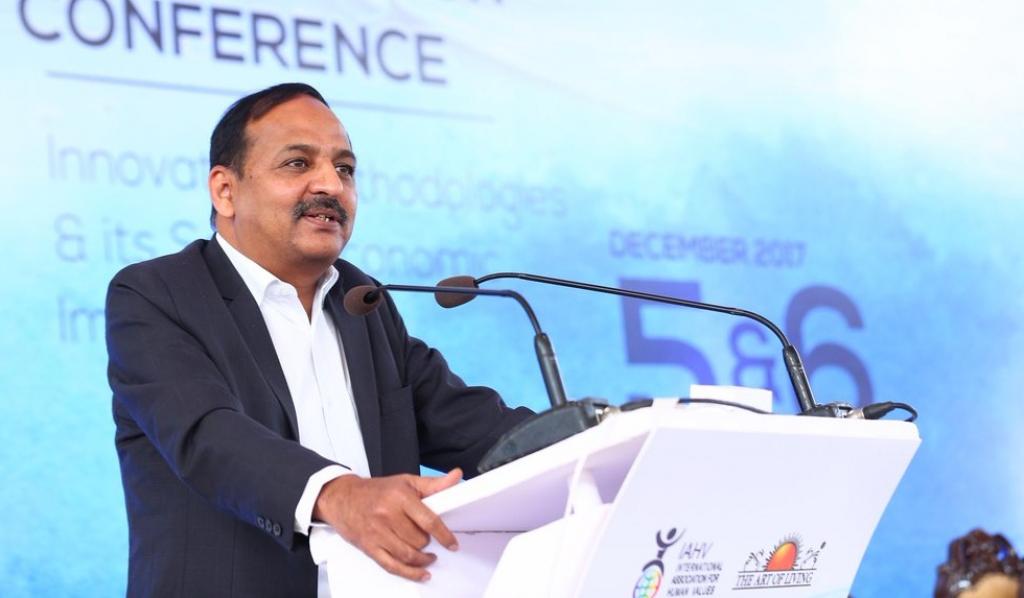 On the one hand, rainfall is either elusive or extreme, causing crop losses in successive seasons. On the other hand, farmers across the country are committing suicides because they have excess production in their granaries but no one to give them fair price for their produce. “At a time when most of the terms of trade are against farmers, doubling their income by 2022 looks like a very difficult challenge unless we address the post-production issues,” said M I Ganagi, Chief General Manager, NABARD, during a conference on River Rejuvenation hosted by the Art of Living Foundation earlier this month.

The latest report by the Committee on Doubling Farmers’ Income (DFI), which is headed by Ashok Dalwai, secretary for Government of India and former Additional Secretary, Union Agriculture Ministry, has recommended a transition from a price-based support policy to an income support policy to “accord importance to value realisation from post-production activities”. According to the DFI Committee, only increasing the Minimum Support Price (MSP) may not always have a positive outcome from the macroeconomic point of view. A potentially more beneficial means of raising farm incomes is by reforming the marketing system of agricultural produce and “developing new institutions and reviving existing ones to facilitate linking of the farmer to the markets”.

But it is easier said than done. Speaking to Down To Earth on the sidelines of the conference, he said, “From the time a farmer comes up with his produce till the time his produce reaches consumers, there are lots of intermediaries, with each one getting better share than the farmer. The only way forward is to break those channels. We have to revive that basis philosophy of collectivisation and aggregation. There is a need for more farmer producer organisations (FPOs) that will enable farmers to directly give their produce to processing companies.” He echoed what the DFI committee has suggested: integrating small and marginal farmers into the agricultural market system is possible with the help of farmer producer and village producer organisations (FPOs/VPOs).

The NABARD official moves beyond FPOs and floats the idea of creating federation of FPOs. “We want all these FPOs to work on the model of Amul. If five or six companies come up with different products and establish linkages downward, I think the revolution is made. They can build their brand of millets and vegetables. We need to take those steps. We have done it in village level or taluka level,” he adds.

Karnataka, for example, has developed 92 FPOs so far for marketing of various horticultural products directly to the processors. There are 14 exclusive farmer federations on organic produce and millets, according to the data of Ministry of Food Processing Industries. The Raitha Mitra Farmers Producers’ Company is a classic example wherein the company buys chia seeds from growers and sells them for a marginal profit. With growing demand for chia, Raitha Mitra is now planning to foray into the retail market by launching chia seeds for supermarkets.

Besides harping on the need for FPOs, the Dalwai Committee report has also broadly called for creating “an enabling environment for post-production activities”. But according to Ganagi, one of the major issues faced by farmers is inadequate warehousing facilities at the village level, leading to huge post-harvest losses and distress selling. The government, according to him, needs to relook at the idea of providing subsidy for creating rural godowns.

The committee also strongly recommends stepping up of institutional credit on a large scale, estimating that the country would need about 10,000 wholesale and nearly 20,000 rural retail markets to achieve the desired market density to build a pan-India system. “Institutional credit is one of the factors, but not ‘the’ factor. In 2003-2004, the flow of institutional credit was Rs 80,000 crore. Now it is Rs 10 lakh crore. The problem is not the credit, but the way it is being channelised. Currently, bulk of the agricultural credit goes into giving farm loans. The focus needs to be given on assets creation in rural areas,” concludes Ganagi.