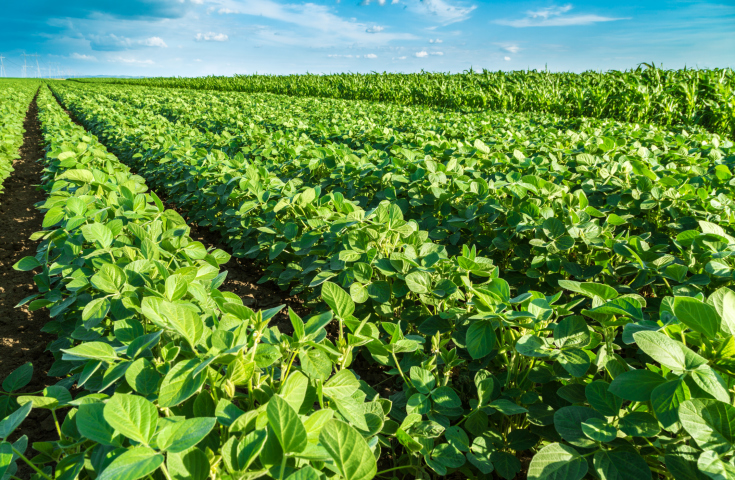 Civil society organisations like Friends of the Earth Europe, IFOAM EU and Slow Food Germany have welcomed the decision of the Parliament. The Parliament’s objection is, however, not binding on the Commission.

The EU said the Commission’s proposed authorisation of GM soybeans MON 87705 × MON 89788, FG72 and MON 87708 × MON 89788 for use as food and feed was “not consistent with Union law” that aims at a high level of health and environmental protection.

The three GM soybeans are engineered to tolerate spraying with glyphosate or a combination of glyphosate and other herbicides. Residues of these herbicides are likely to be found in imported grains.

The World Health Organization (WHO) has classified glyphosate as a probable carcinogen. The European Food Safety Authority (EFSA) has not assessed the risks associated with its use on GM crops, nor the effects of combinations of glyphosate with other herbicides. These combinations give rise to serious health concerns and EU law requires their evaluation.

It is the third time in a few months that the Parliament has clashed with the Commission over its policy on genetically modified organisms (GMOs). In October last year, MEPs rejected a flawed Commission proposal that would give national governments a theoretical right to ban GMOs approved for import. They called on the Commission to develop a new proposal. In December, the Parliament also rejected the import of Monsanto’s GM maize NK603 × T25 and called for a moratorium on GMO authorisations until new rules are introduced.

Mute Schimpf, food campaigner at Friends of the Earth Europe, said that this shows how GM crops are unwanted in Europe. “Today’s vote shows that GM-crops are unwanted by both people and the politicians they elect, and that the authorisation system for them is unfit for purpose. The European Commission must respect the decision-making power of the Parliament,” says Schimpf.

Franziska Achterberg, EU food policy director at Greenpeace, said the Commission cannot take unilateral decisions where countries are rejecting it outright. “The Parliament’s message is loud and clear: the Commission cannot carry on taking decisions on GM crops by itself, without the backing of EU governments, Parliament and citizens. The Commission needs to rethink the GMO approval system. Until it does, no new GM crops should be approved,” says Achterberg.

Eric Gall, policy manager at organic food advocacy group IFOAM EU, said, “Importing these GM soybeans could expose consumers and farm animals in the EU to adverse effects from the herbicides they have been sprayed with and, to date, the effects of the herbicide plus GMO combination has not been assessed. No herbicide-tolerant GMOs should be authorised until this has been done,” says Gall.

In a press release, Ursula Hudson, president of Slow Food Germany, another advocacy group for organic food, stated, “No more than 13 out of 28 EU Member States voted in favour of allowing the import of these GM soybeans into the EU, whilst an equal number has voted against. Yet, the Commission authorises them. We urgently need a new authorisation mechanism as well as clear labelling for citizens to make informed choices.”