Current manure treatment technologies not enough to reduce entry of antibiotics and antibiotic resistant genes into the environment, says a study 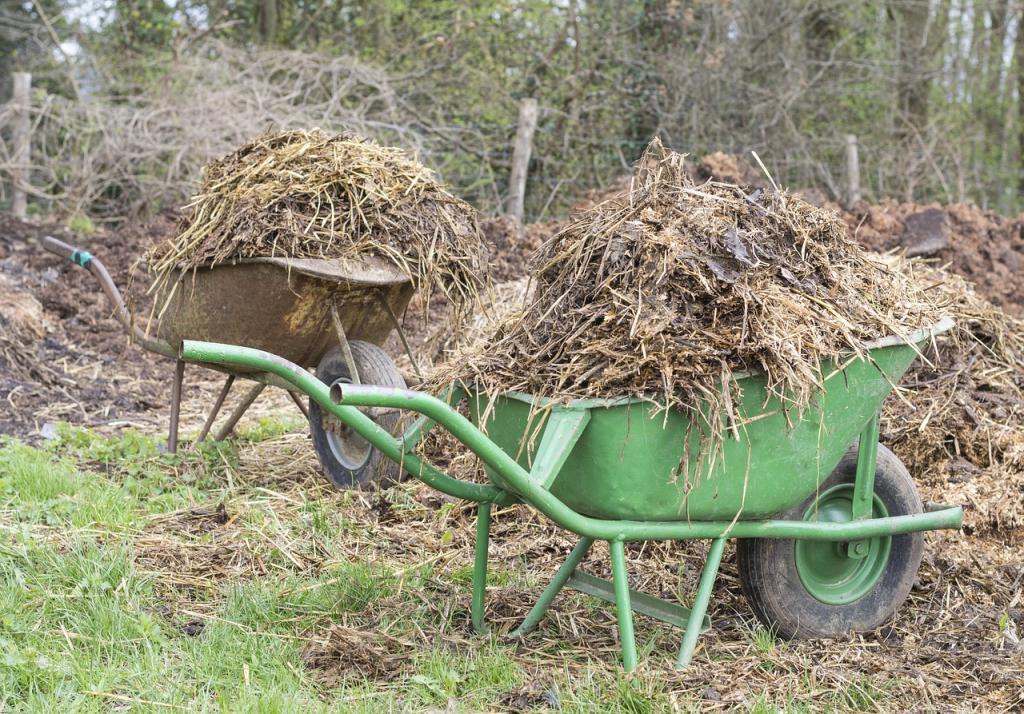 In the Indian context, where organised farm waste management methods are missing, approaches such as biogas generation could be introduced as initial measures over land application. Credit: Pixabay/sabinevanerp

Late last week, the University of Buffalo issued a press release highlighting concerns on the contribution of agriculture to the spread antimicrobial resistance worldwide. The press release highlights findings of two new researches, published in journals Chemosphere and Environmental Pollution led by Diana Aga, who is the Henry M. Woodburn Professor of Chemistry in the University at Buffalo’s College of Arts and Sciences. The researches focus on dairy farms and explore the potential of manure treatment technologies in these farms, such as advanced anaerobic digestion (AAD) and reverse-osmosis (RO) in reducing the entry of antibiotics and antibiotic resistant genes into the environment upon manure use. Findings from the studies indicate such advanced waste treatment systems available on farms are not equipped enough to fully remove antibiotics from manure, and may leave residual levels of antibiotic residues despite waste treatment. AAD is otherwise used to reduce odors and produce biogas, while RO is used for water purification and recycling.

In addition, the studies also report new findings related to solid waste. Solid waste is the waste which is filtered out from raw, wet manure prior to the implementation of the treatment technologies. It was found that drugs and their breakdown products present in raw waste migrate from the fluid part of the sludge into the solid part during waste treatment process, resulting in solid matter having higher concentrations of antibiotics than unprocessed manure. This is a cause for concern since solid manure is often used as animal bedding or sold as fertilizer. Traces of antibiotic residues may therefore leach into the environment when farmers use the manure as fertilizer or bedding and contribute to the rise of antibiotic-resistant bacteria.

Antimicrobial resistance (AMR), particularly antibiotic resistance (ABR), is recognized as an emerging public-health threat. It arises when microorganisms survive exposure to a drug or an antibiotic that would normally kill them or stop their growth. AMR can lead to greater spread of infectious diseases, difficulty in treating common infections, uncertainty in success of surgical procedures, longer hospital stays and more expensive treatments. This is undoubtedly a “One Health” issue, where the human, animal and environmental health is interconnected. The studies released earlier this year show linkages between farm-generated waste and antibiotic residues in environment eventually contributing to AMR.

Diana Aga, lead researcher in both these studies observes that while such waste treatment technologies are good first steps, they are not comprehensive enough in completely eliminating spread of antibiotics and antibiotic resistance in the environment. There is need for exploring new and different waste management practices at the farm level in view of AMR. Aga, however, recommends a multistep process that includes composting at the end of the system as a possible solution to significantly reduce the levels of antibiotics going into the environment.

In view of high prevalence of infectious diseases, limited biosecurity, insufficient hygiene and sanitation and increased use of antibiotics, AMR spread from farms into the environment is of critical concern in the developing world. Preliminary farm waste management measures, such as storage/treatment of waste prior to land application, exist in some countries, but are not universal. In parts of India, aquaculture farm waste is found to be released directly into canals, sewage drains or agricultural fields without treatment. Poultry litter is often used as manure in agriculture fields. 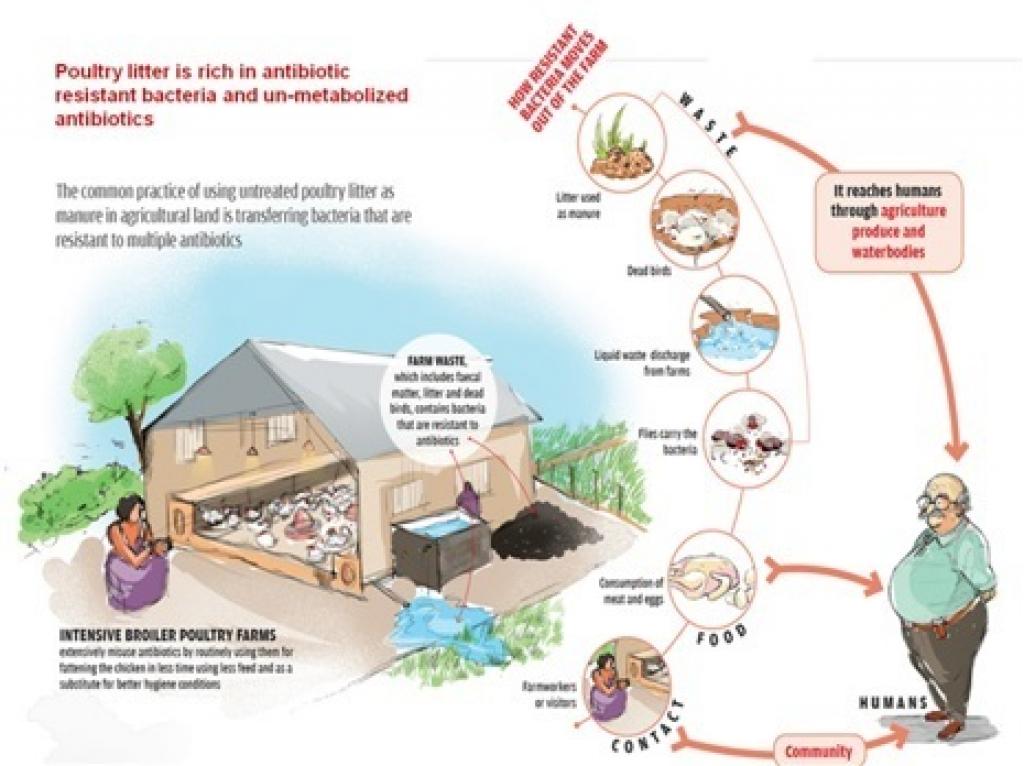 The Centre for Science and Environment (CSE), a non-profit based in New Delhi, has been advocating need for addressing AMR in environment. A recent study by CSE conducted across 9 districts of 4 key poultry producing states in northern India showed high multidrug resistance (MDR) in E. coli and K. pneumonia, two very relevant bacteria of public health significance, in poultry environment. The study also established that MDR was moving from farms to agricultural fields in case of E. coli, through use of untreated poultry litter as farm manure.

The study recommended that land application of untreated litter must be prohibited and substituted by less risky litter/manure management approaches.

In the Indian context, where organised farm waste management methods are missing, approaches such as biogas generation could be introduced as initial measures over land application. Big/integrated poultry farms must manage waste through in-house biogas generation plants while small poultry farmers, could be facilitated through a common biogas generation plant to start with. This should be supported by a national-level programme for small farmers.  The study also highlighted the need for proper composting for treatment of litter/manure under high level of supervision and need for laws related to approval of composting sites, validation of treated manure and timing of application of litter/manure.