Participants voice concern on drought, farmers' suicide and water conservation, among other issues 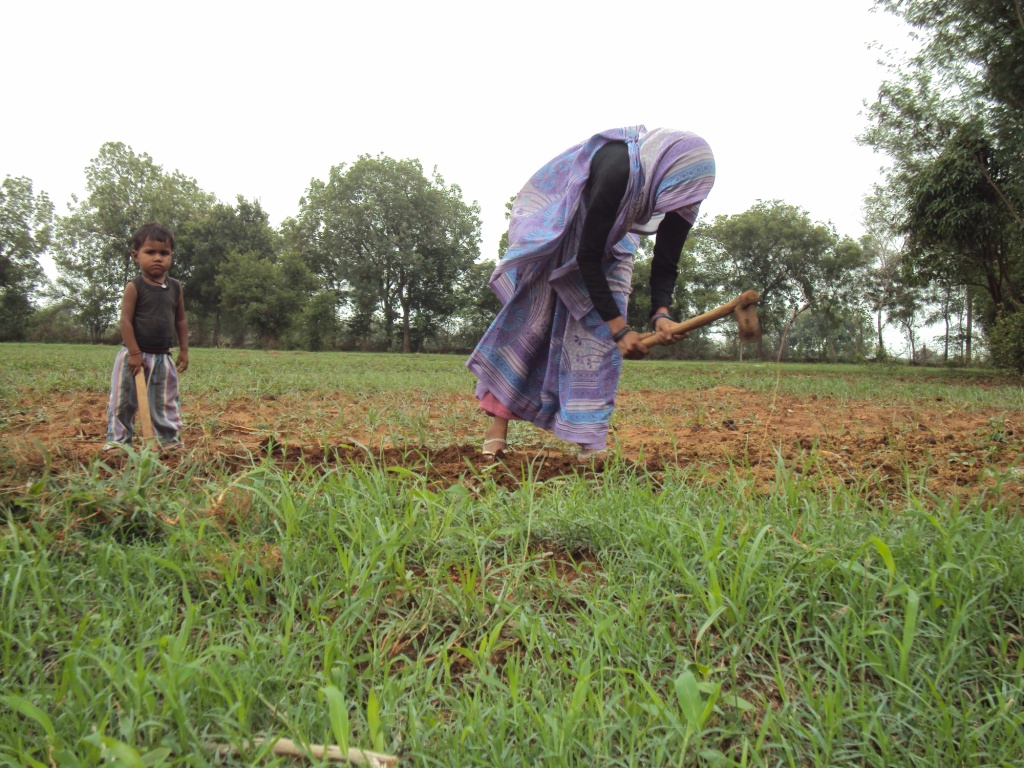 With more than half the country reeling under consecutive droughts, the participants urged that measures should be taken to ensure that farmers do not fall into the vicious cycle of debt traps and commit suicide Credit: Jitendra

The three-day long Kisan Swaraj Sammelan held in Hyderabad (April 1 to 3) urged for the enactment of a Farmers’ Income Guarantee Act to ensure dignified earning levels for agricultural households among a host of other things.

Organised by the Alliance for Sustainable and Holistic Agriculture, a group comprising 400 diverse organisations from across India, the conference witnessed participants from 25 states.

Agricultural economist Devinder Sharma, who was present at the conference, said that only irrigation and improved farm productivity would not solve farmers’ problems.

“Punjab is 99.99 per cent irrigated and its farm productivity matches with (that of) USA and China, but still farmers are committing suicide. Income security of farmers is the only way ahead,” he added.

The participants also urged the Centre to establish a permanent Farmers’ Income Commission along the lines of the 7th Pay Commission.

The sammelan comes in the backdrop of grave agrarian crises. Farmers caught in the debt trap are resorting to suicide, cultivators are facing displacement issues, groundwater level is fast depleting and soil health and biodiversity are facing threats.

Participants at the sammelan voiced their concerns for farmers and demanded urgent action to tackle the agrarian crisis the country is currently facing.

Yogendra Yadav of Jai Kisan Andolan said, “Agrarian distress will force more (and more) rural people to migrate to urban areas which will prove (to be) disastrous.”

Parallel sessions in various languages were organised to facilitate consultations and brain-storming sessions among those present.

With more than half the country reeling under consecutive droughts, the participants urged that measures should be taken to ensure that farmers do not fall into the vicious cycle of debt traps and commit suicide. The government should address relief and rehabilitation measures in case of farmer suicides on an urgent basis.

In a bid to protect farmers from crop loss, the Pradhan Mantri Fasal Bima Yojana which fails to address faults in the crop insurance system at present needs to be revamped, agricultural experts said. 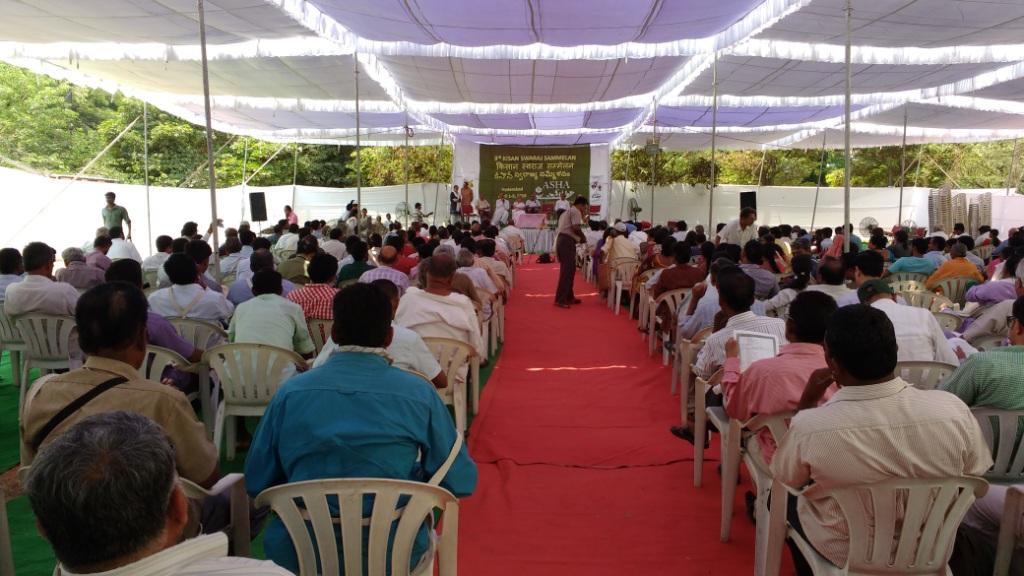 As India is reeling under consecutive droughts, water conservation should be prioritised and privatisation of water resources should be prevented.

The participants warned against widespread land grabbing in the name of infrastructure development and industrialisation. They demanded that the primacy of prior informed consent of Gram Sabhas should be upheld in all cases.

A comprehensive land use policy is the need of the hour to prevent diversion of agricultural lands for non-agricultural purposes.

The conference voiced the concern of tenant farmers, sharecroppers and women farmers who should be formally recognised, as they are the worst affected in the agrarian crisis. These people are left out of government support systems, including low-interest bank loans, disaster relief, crop insurance schemes, marketing systems and subsidies.

The participants opposed Intellectual Property Rights related to seeds. The Seeds Bill should be enacted after incorporating all necessary provisions.

The sammelan batted for agro-ecological approaches to agriculture in relation to agriculture education, research, extension and marketing support systems. G V Ramanjaneyulu of Centre for Sustainable Agriculture said that farmers should be organised in the form of co-operatives. Farmer producers' organisations should be promoted by the government through tax exemptions and land allotments​.

There was also a push for organic farming as the participants urged that all states should adopt organic farming policies with public consultation in a time-bound manner. According to experts, this will enable huge investments to support production and marketing of organic produce.

According to Claude Alvares of Organic Farming Association of India, “Punjab is facing water problems and people are suffering from cancer because of chemical farming. So, farmers’ mindset needs to be changed in favour of organic farming.”

The conference also discouraged the use of chemicals and pesticides in agriculture and how to stop the release of genetically modified crops such as GM mustard.

According to the participants, the Forest Rights Act should be implemented fully and effectively with particular emphasis on community rights.

Touching upon free trade agreement, the conference made it clear that India’s ratification and positioning in various international trade policies cannot take place without consulting farmers. India should demand a review of the TRIPS Agreement to ensure that livelihood and trade security are not compromised.