Farmers to decide on govt’s invite to talk today 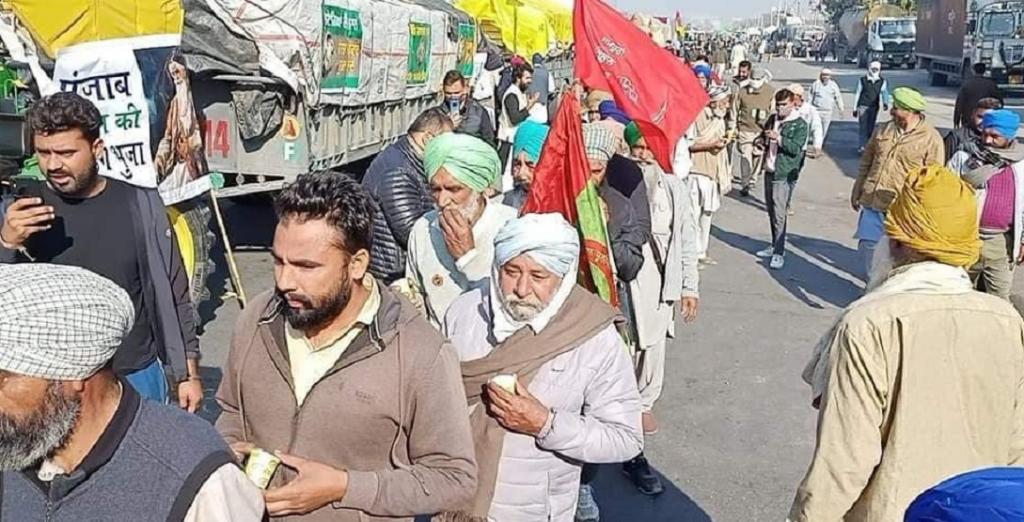 The Narendra Modi government late November 30, 2020 invited protesting farmers for talks December 1. Farmer leaders were expected to decide on the letter from Sanjay Agrawal, secretary in the Union agriculture ministry.

Farmers gathered in Delhi and on its borders earlier remained resolute in their opposition to the three recent agriculture-related laws. Prime Minister Modi, on the other hand, attacked the Opposition for “misguiding” farmers in an unrelated event November 30, 2020.

Transporters in the national capital, meanwhile, extended support to the demonstrators and threatened to go on an indefinite strike in support. Farmers and transporters came on one platform in a press conference at the Singhu border post between Delhi and Haryana November 30, 2020.

Paramjeet Singh Goldy, president of Delhi Goods Transport Association, said transporters could not function independently without farmers and would support their agitation. He said all private taxis, autos, cabs, and trucks in Delhi and the National Capital Region would go on an indefinite strike if the demands of farmers were not met.

Meanwhile, farmer leaders at the press conference said they would continue their agitation and that their demands were non-negotiable.

“We rejected the conditional invitation of Modi ji. He does ‘Mann Ki Baat’ (talk from the heart); we are here to make him listen to our mann ki baat. We are not going to go backwards. We will only be moving forward. We want the government to listen to us or it will cost them,” Jagmohan Singh, general secretary, Bharatiya Kisan Union (Dakaunda), said.

On November 29, Modi, in his Mann Ki Baat session had said that new farm laws were an option for farmers to increase their income. The Opposition was spreading rumours to misguide farmers, he had added.

The prime minister November 30 had reiterated his statement on the Opposition misguiding farmers at a public meeting in his Lok Sabha constituency of Varanasi, where he was scheduled to spend several hours.

“The farmers are being misled on these historic agriculture reform laws by the same people who for decades have misled them,” he said, referring to the Opposition parties but not directly naming them.

“These same people have in the past played tricks with farmers in the name of Minimum Support Price, loan waiver and fertiliser subsidy,” the prime minister added.

At Singhu though, farmer leaders stressed that this was not Punjab’s struggle alone but that of every farmer.

“We have come to Delhi for a decisive battle,” Gurnam Singh Chaduni, chief of BKU, Haryana, said. He added that the government had so far registered 31 cases against farmers in a bid to suppress them.

Yogendra Yadav, president of the Swaraj Abhiyaan party, said the government was spreading lies that farmers were misguided.

“This is a historic moment. Thirty-two years after Chaudhary Mahendra Singh Tikait brought lakhs of farmers to Delhi, once again we are witnessing a similar movement,” Yadav said.

“They say the protest is by middlemen or commission agents. I ask you to check if there are farmers or middlemen. In Haryana’s villages, it is being decided that one member from each family will head to Delhi,” he added.