Fertilizer companies will not allow meaningful action in agriculture during COP 21: report 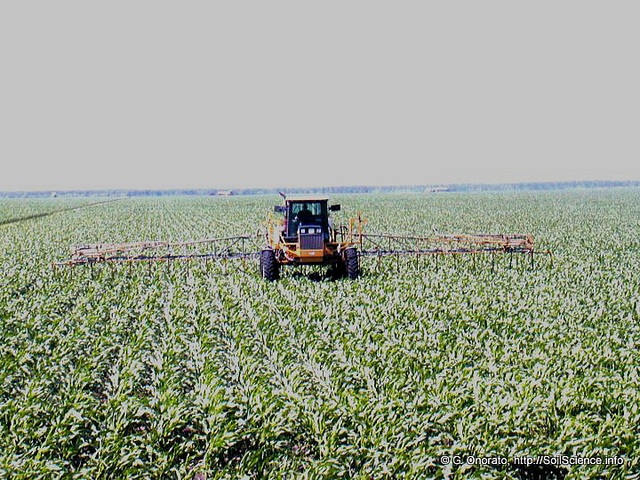 A new report has lashed out at fertilizer companies, stating that the latter will block any meaningful action on agriculture vis-à-vis climate change during Conference of the Parties (COP) 21 in Paris in December.

At present, chemical fertilizers contribute to 10 per cent of the world’s total greenhouse gas (GHG) emissions.

The report has been released by Spain-based non-profit, GRAIN, which supports small-scale farmers and biodiversity-based food system controlled by the community.

The Global Alliance for Climate-Smart Agriculture formed last year at the UN summit in New York has floated a number of non-profits which are trying to influence Asian and African countries to use chemical fertilizers as a solution to climate change, the report adds.

The 10-page report has termed fertilizer companies the “oil companies of the food world”. The role of fertilizers in contributing to GHGs and climate change has been misunderstood and severely underestimated, the report says.

The global fertilizer industry is dominated by a handful of corporations based in Europe and USA. Yara International, a Norwegian company, dominates the global nitrogen fertilizer market. The Mosaic Company based in USA and a few companies in Canada and Israel control the global potash supply.

The report points out these companies use shale gas to produce fertilizers. It states, “People associate shale gas, not Yara, with fracking. But it is Yara that coordinates the corporate lobby for shale gas development in Europe, and it is Yara and other fertilizer companies that suck up most of the natural gas produced by the fracking boom in the US.”

The production of nitrogen fertilizers requires an enormous amount of natural gas. The supply of natural gases from fracked wells causes leakage of 40-60 per cent more methane than conventional natural gas well. Methane is more powerful than carbon dioxide (Co2) as GHG.

Production, however, accounts for only a small fraction of GHG emissions generated by chemical fertilizers. Mostly, emissions occur after application of fertilizers, the report adds.

The report says, “The Inter-governmental Panel on Climate Change estimates that for every 100 kg of nitrogen fertilizer applied to the soil, 1 kg ends up in the atmosphere as nitrous oxide, a gas that is 300 times more potent than Co2 as a greenhouse gas, and is the world’s most significant ozone-depleting substance. In 2014, this was equivalent to the average annual emissions of 72 million cars driven in the US–about a third of the US fleet of cars and trucks.”

According to the report, fertilizer giants coined the term climate-smart agriculture amidst allegations of contribution to climate change.

“It builds upon previous, equally abstract terms promoted by the fertilizer industry to cast chemical fertilizers as part of the solution to climate change, such as climate-compatible agricultural growth and sustainable intensification.”

The report states, “Of the Alliance’s (Global Alliance for Climate-Smart Agriculture),  29 non-governmental founding members, there are three fertilizer industry lobby groups, two of the world’s largest fertilizer companies (Yara of Norway and Mosaic of the US), and a handful of organisations working directly with fertilizer companies on climate change programmes. Today, 60 per cent of the private sector members of the Alliance still come from the fertilizer industry.”

“The fertilizer industry collaborates with the Consultative Group for International Agricultural Research (CGIAR) on various climate-smart initiatives in the south. The relationship extends to the Bill Gates-funded Alliance for a Green Revolution in Africa (AGRA) which has several areas of cooperation with the CGIAR and the fertilizer industry, such as the African Green Revolution Forum that was established by Yara and AGRA in 2010.”

“The international discussions were hijacked by agribusiness companies, the World Bank, the US and other climate-smart agriculture-friendly governments,” Herren added. “They have the money and the lobby groups. Those of us defending agro-ecology, local food systems and small-scale farming as the holistic and truly climate friendly solution were simply pushed out of the process.”