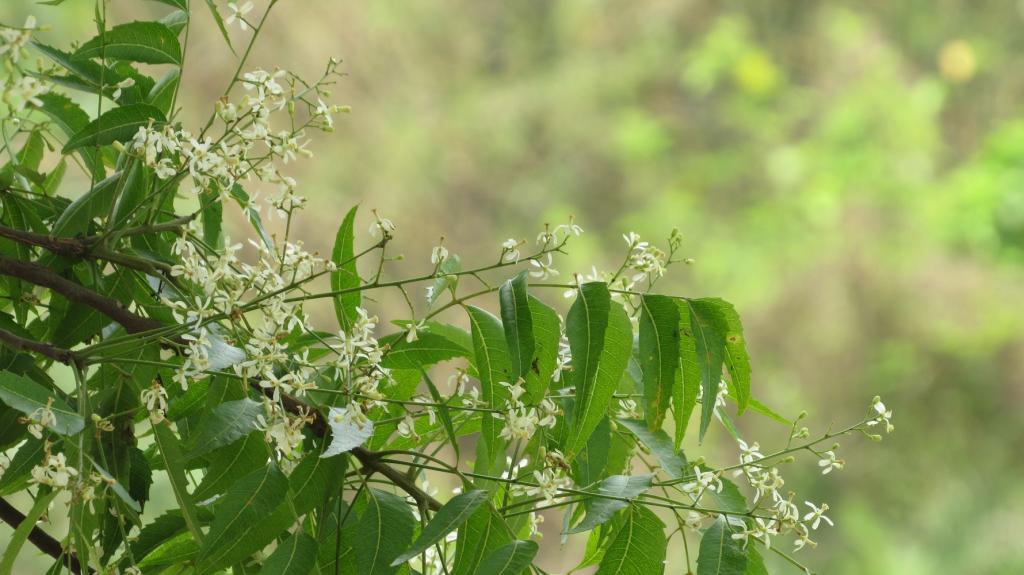 Neem has been known for its medicinal and insecticidal properties for centuries. Its chemicals, referred to as limonoids, give neem these properties. Indian scientists have now figured how limonoids are produced in neem.

Neem is a storehouse of useful chemicals, the most important being Azadirachtin A, which is a well known natural insecticide. It belongs to a class of chemicals known as tetranor-triterpenoids or limonoids. Over 150 limonoids have been isolated and characterised from different parts of neem tree so far, but the process of their production had so far remained unknown.

Limonoids possess very complex chemical structure in which isoprene units serve as building blocks. In higher plants, biosynthesis of isoprenes occurs through either of the two biosynthetic pathways—mevalonate pathway (MVA) or the methyl-erythritol phosphate pathway (MEP) or a combination of both.

A group of scientists from National Chemical Laboratory (NCL), Pune, Academy of Scientific and Innovative Research, and CSIR-Institute of Genomics and Integrative Biology, Delhi, have found that MVA pathway contributes to biosynthesis of limonoids in neem.

The group has also studied genes involved in the expression of key enzymes involved in MVA and MEP pathways. “Six genes were found to be active among which HMGR2 showed the highest expression. But its expression was found considerably reduced when the same analysis was performed with inhibitor treated cells. All these results confirmed that neem tree synthesize limonoid by MVA pathway,” says Dr H V Thulasiram, team leader, while speaking to India Science Wire.

“The study of limonoid biosynthesis in neem tree is of potential significance as it produces agriculturally and pharmacologically important molecules,” says the study. It has been published in journal BMC Plant Biology. (India Science Wire)