Here is a solution for crop residue burning problem 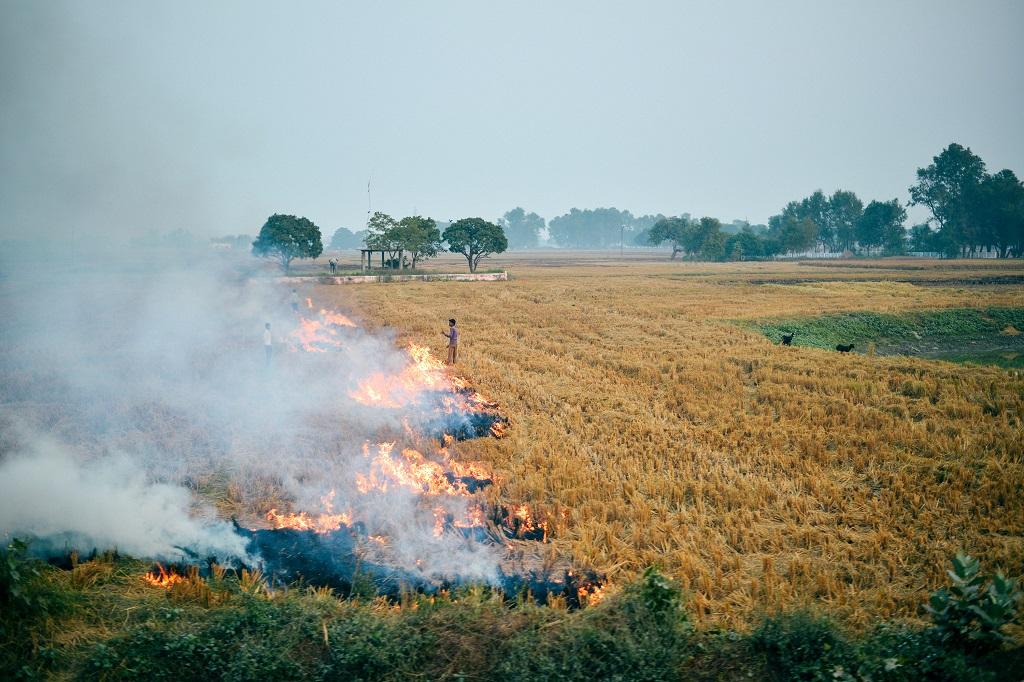 A new study has found that farmers in north India can not only help reduce air pollution but also improve the productivity of their soil and earn more profits if they stop burning their crop residue and instead adopted the concept of no-till farming.

The researchers compared the cost and benefits of 10 distinct land preparation and sowing practices for rice-wheat cropping rotations prevalent in north India, spread across more than four million hectares. They also collected primary date from 1,015 farmers in Punjab.

Based on this, they have concluded that the direct seeding of wheat into unplowed soil and with rice residues left behind was the best option. It saved on water, labour and use of agro-chemicals, reduced green house gas emissions, and improved soil health and crop yield and thus benefitting both farmers and the society at large.

The Happy Seeder option will eliminate air pollution by crop burning and reduce green house gas emissions (GHG) from on-farm activities by more than 78 per cent relative to all burning options.

The study has been published in journal Science.

Happy Seeder is a tractor-mounted device. It cuts and lifts the residue of previous crop (in this case the rice straw) and sows a new crop (wheat) in its place.

It is a direct sowing machine that is capable of seeding for the new wheat crop even in presence of the rice straw residues on the soil surface without any tillage. To add to the benefit for the farmers, they can deploy the system immediately after the harvest of the rice crop. It deposited the straw over the sown area as mulch.

“Our study dovetails with the package of policies put in place by the Government of India last year to stop farmers from burning their crop residue. The package includes a $166 million subsidy to promote mechanisation to manage crop residues in fields,” said first author Priya Shyamsundar, lead economist of Global Science at The Nature Conservancy.

“We are working to scale up the happy seeder technology to end rice residue burning for farmers’ prosperity and better public health. We have done a detailed analysis to understand public and private costs and benefits of residue management alternatives, building on our long-term research work,” said ML Jat, co-author of the study and principal scientist at International Maize and Wheat Improvement Centre (CIMMYT), while speaking with India Science Wire.