How many Indians are pastoralists? No official data, but report says 13 mln

A figure of 35 million is often quoted, but without a source, claims report 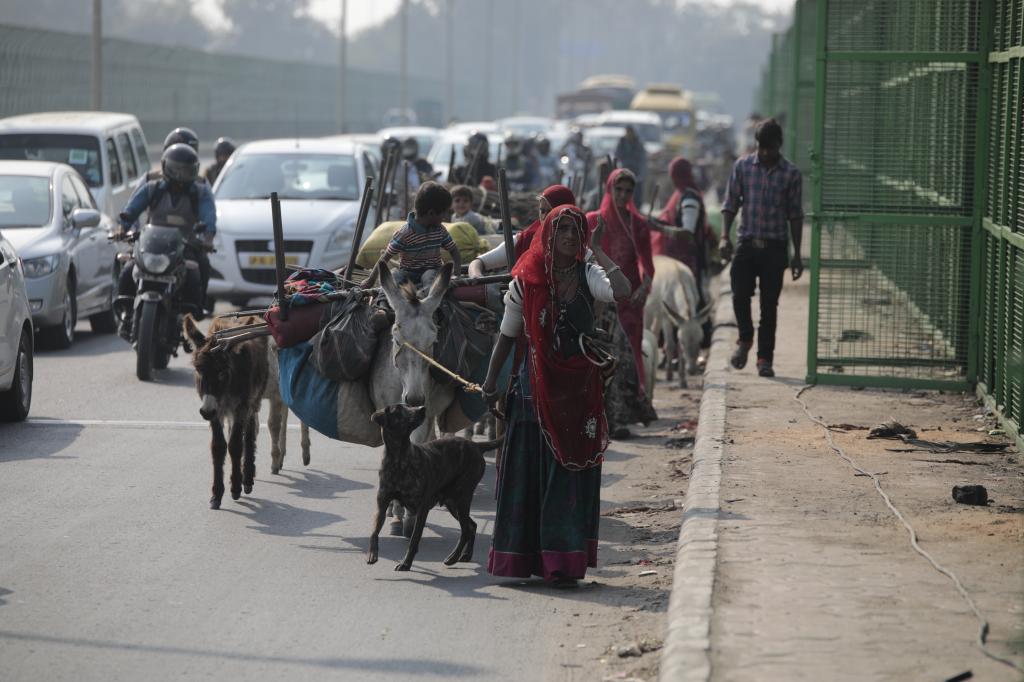 India meets 53 per cent of its milk and 74 per cent of meat requirement from animals reared by pastoralists. While the Union government has no data on the community, a new report has pegged their number in the country at 13 million — nearly one per cent of the population.

The global report released September 30, 2020 stated, in its special section on India:

“There is no official data on the number of pastoralists in India, although a figure of 35 million is often quoted, but without a source. An older, much-repeated, statement is that pastoralists make up for six per cent of the population. We believe that the actual number is closer to a per cent of the Indian population, or about 13 million people.”

The report, released by non-profit League for Pastoral Peoples and Endogenous Livestock Development (LPP), added: “Pastoralism is not an official category in India. No official definition exists. Officials are aware of its existence but do not recognise it as a distinct management system.

The non-profit arrived at the estimate by analysing data from the National Sample Survey Office reports, individual surveys as well as livestock population numbers.

“Our data shows the importance of pastoralism for the Indian livestock economy. India’s phenomenally productive livestock is sustained majorly on common pool resources, including forests and gochars, which are not wastelands but are treated as such,” said Ilse Köhler-Rollefson, a Rajasthan-based camel expert and co-author of the report’s section on India.

While most pastoralists in India belong to the traditional castes, other groups — the non-traditional pastoralists — have also been taking up mobile herding, the report stated.

“According to the National Sample Survey, only one per cent of the land owned by farmers is used for livestock. This suggests that not only pastoralists depend on common-pool resources; a large number of farmers who keep crossbred cattle and high-yielding buffaloes also rely on these resources.”

The central and state governments need to acknowledge the significance of pastoralists and extensive livestock keeping for India’s rural economy and gross domestic product, the report said.

The livestock sector contributes 4.5 per cent to the GDP; the pastoralist sector amounts to around three per cent of the share, according to the report.

“This needs to be reflected in livestock policies sensitive to the specific needs of this way of livestock keeping, rather than on the current presumption that livestock is stall-fed,” the report said.

The report also put a monitory value on the manure distributed by animals in the fields.

“Manure is the main source of income for some herders. Some farmers compensate pastoralists for their service in cash or in kind,” the report stated.

It added that the value of this manure as a source of nitrogen, phosphorus and potassium has been estimated at a $45 billion (Rs 450 crore) a year, and that it is a major source of nutrients for crops as well as for land.

“The Indian livestock sector functions differently from what policy makers imagine. It is based not on stall-feeding but on animals roaming around, harvesting waste and transforming it into high value food. Pastoralism runs only on solar power. At the same time, it ensures continued fertility of soil, hence saving billions of dollars that go in importing chemical fertilisers,” said Köhler-Rollefson.

There has been some focus on pastoralists, especially within the purview of the Schedule Tribe and Other Traditional Forest Dwellers (Recognition of Forest Rights) Act, 2006 (FRA) in the recent years.

Section 3 of the Act specifies community forest rights of uses or entitlements such as fish and other elements in water bodies, grazing (both settled or transhumant) and traditional seasonal resource access of nomadic or pastoralist communities.

“According to FRA rules, pastoralists need to have a written proof of animal grazing in a particular patch of forest land for the last 75 years. It is impossible to do so in the absence of written permissions, which they may have never had. The system has existed before the forest department was instituted. The pastoralist system was anyway discouraged by the British,” said Kamal Kishore, another author of the report.

He added: “The forest department has been reluctant to give them rights under FRA even in Himachal Pradesh and Jammu and Kashmir, where pastoralists have permits for grazing.”