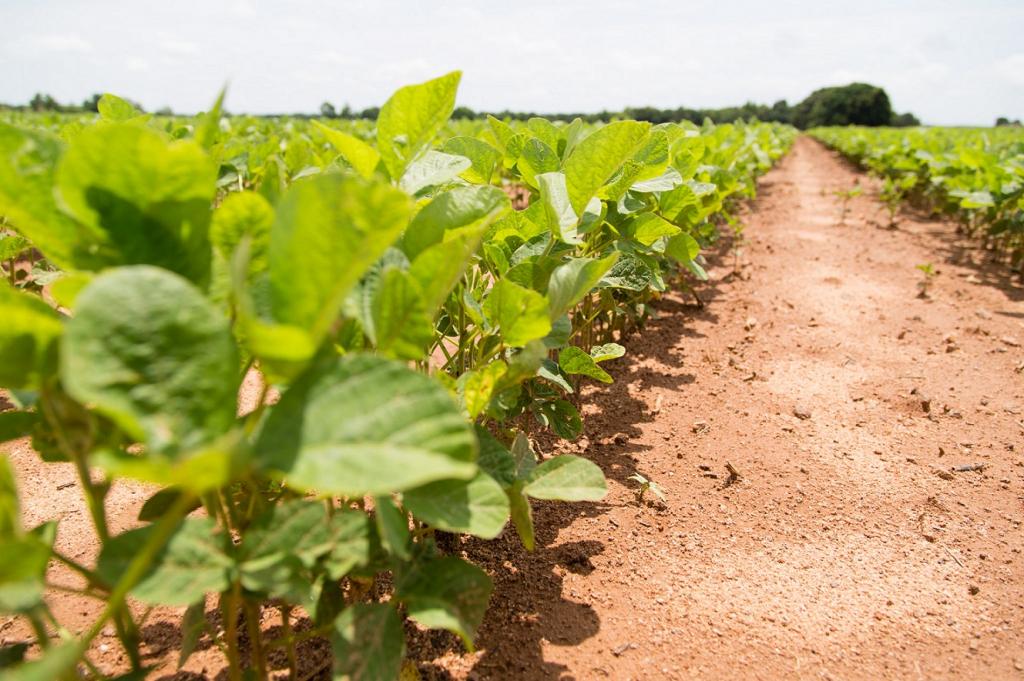 The GM crops are not considered safe to grow because of gene manipulation. Credit: United Soybean Board / Flickr

Meanwhile, GEAC has denied receiving any complaint by farmers or civil society body. “We have not received any complain regarding growing and testing report of HT (Herbicide Tolerant) soya in Gujarat,” says Sujata Arora, adviser on biosafety to Ministry of Environment, Forest and Climate Change (MoEFCC) to Down To Earth.

The GM crops are not considered safe to grow because of gene manipulation. The inaction of GEAC, which is responsible for regulating introduction or growth of GM crops in country, shows how this regulatory body is in shambles.

There is evidence to confirm that BKS had collected illegally cultivated soya samples for lab testing and the report, which turned out to be positive, was sent to the GEAC along with a letter of complaint. 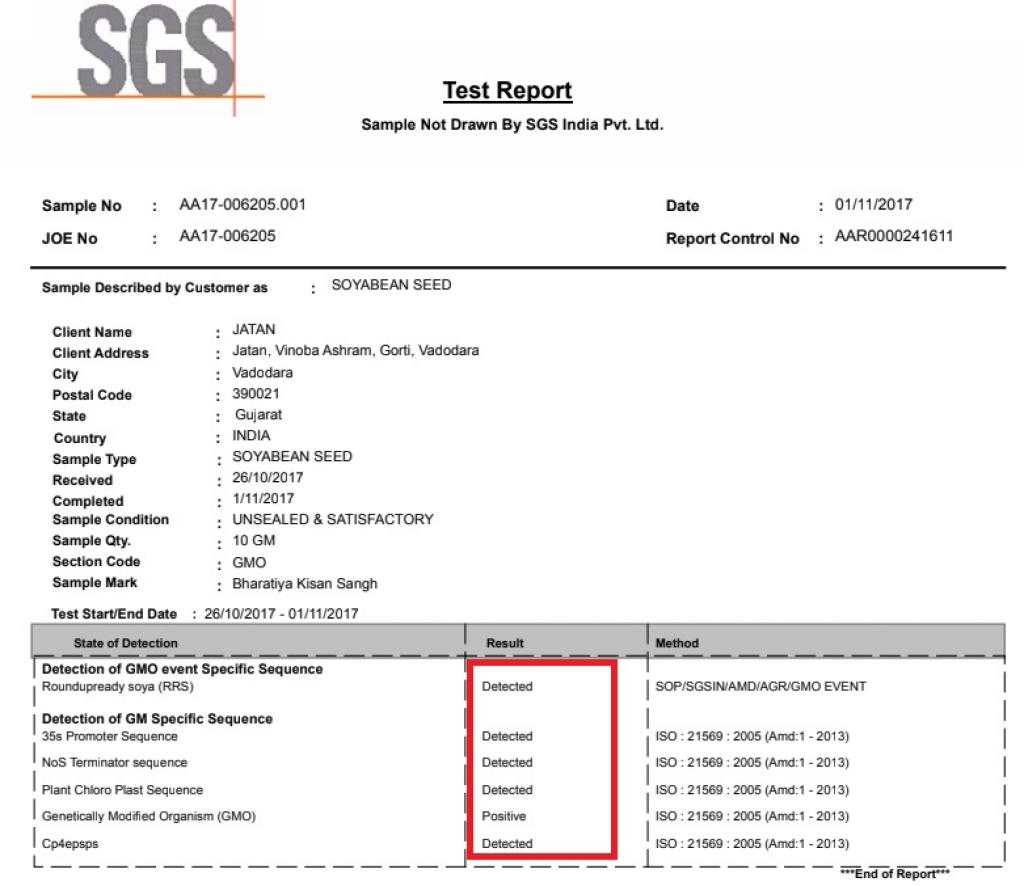 Civil society organisation also brought to GEAC’s notice the issue of illegal import of GM Soya into the country. “Instead of taking any action, GEAC is just directing Director General of Foreign Trade (DGFT) to check import,” says Kavita Kurunganti of ASHA, a Hyderabad based non-profit.

The direction was issued in February 2018, four months after the complaint was made. “The letter was written on February 23, only after an RTI was filed to know about the action taken based on the complaint made in October,” says Kurungati. 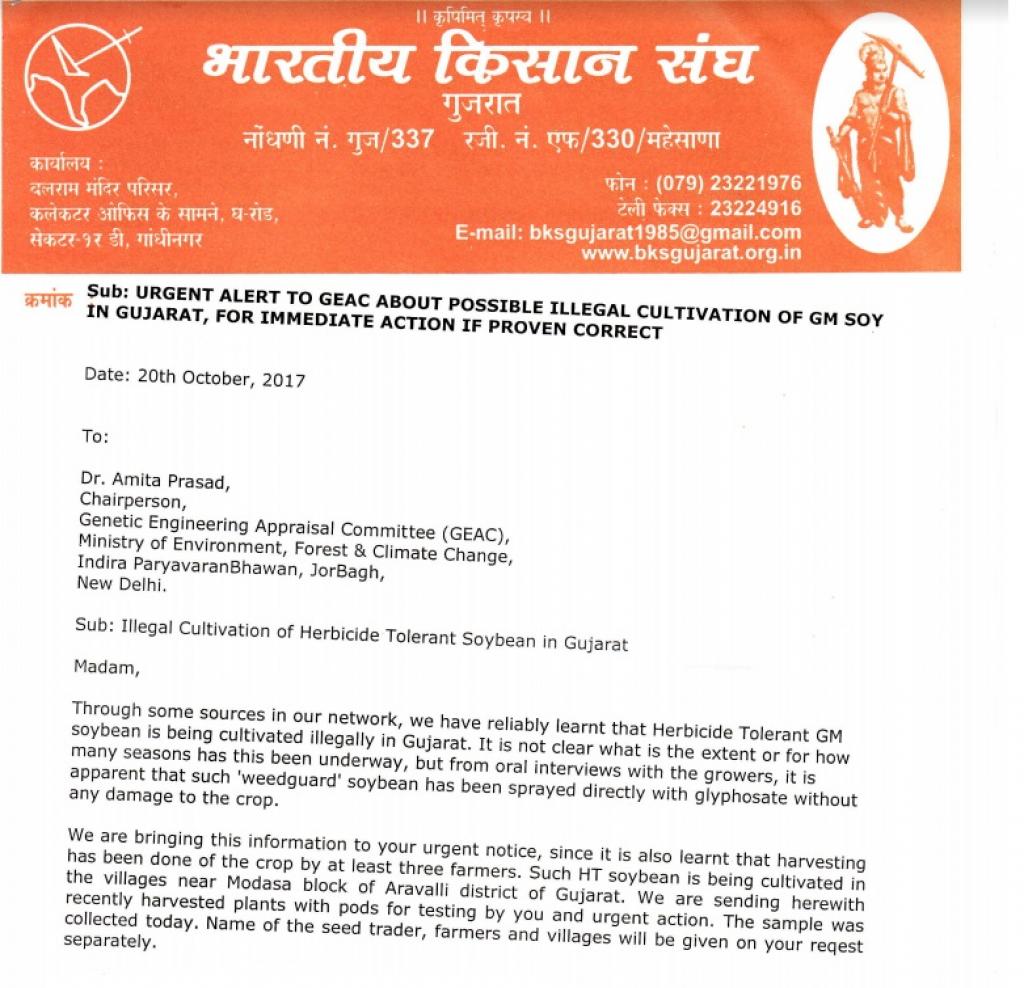 In October 2017, Gujarat government had also detected HT Soybean crops and registered police complaint against seed sellers and farmers too. It has been said that HT soya seeds have been illegally supplied to farmers of Gujarat, Maharashtra and Telangana.

Laboratory tests, which were also conducted by the Gujarat government, confirmed that these were indeed GM HT Soya, which have not been granted permission for field trials, let alone large-scale cultivation.

“Gujarat government had tested these crops in laboratory and found them to be linked to ‘Roundup ready’ technology, which belongs to transnational seed manufacturing giant Monsanto,” says Magan Bhai Patel, a Gujarat-based farmer leader of BKS.

It is also understood that apart from BKS, the Gujarat government also alerted the GEAC about illegal cultivation of HT soybean in the state. BKS is an affiliated body of the ruling Bharatiya Janata Party government.

“The fact that the GEAC is writing now to the DGFT to take action (on preventing the illegal GM imports), makes it clear that it lacks any real intent to take serious action about the violations of its own regulations,” says Kavitha Kuruganti. “It also indicates that it is putting up a show of having done something, before an upcoming Supreme Court hearing on PILs related to GMOs,” adds Kurunganti.

“It is clear that our regulators—whether it is the GEAC or DGFT—are jeopardising our health and environment by not discharging their regulatory roles,” says Rohit Parakh of India for Safe Food, Mumbai.

Meanwhile, government officials have avoided commenting on this development. Murali Krishna, joint director at the MoEFCC, who issued to letter to DGFT, said he will keep us informed about government's response on this issue.