In a sudden u-turn, Madhya Pradesh refuses to include three Rabi crops under Bhavantar Bhugtan Yojana 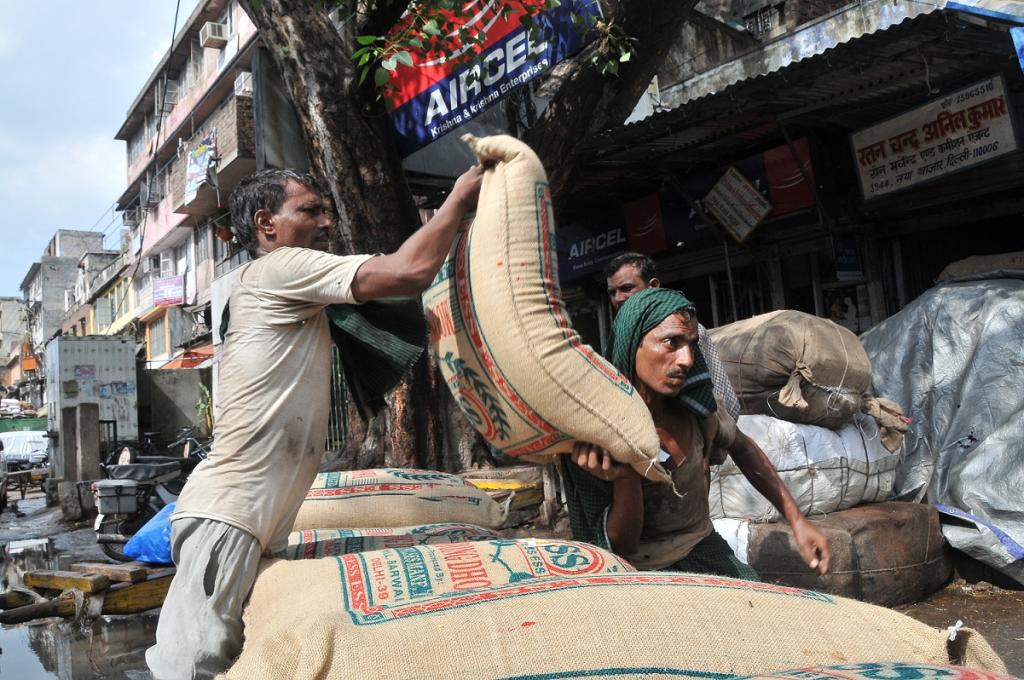 Even the implementation of Bhavantar Bhugtan Yojana is mired in challenges. Credit: Meeta Ahlawat

The Madhya Pradesh government has now decided to withdraw three out of five crops of Rabi season from the state’s ambitious crop price deficiency payment scheme or Bhavantar Bhugtan Yojana (BBY), as it is called there.

Chief Minister Shivraj Chouhan had launched the scheme for Kharif crops as a pilot project in August 2017. In February, 2018, the CM announced that all the Rabi crops would also be included in the scheme.  A month later, on March 20, 2018, the principal secretary of the state’s agriculture department Rajesh Rajora issued instructions to all the collectors of the state to ensure that farmers of all five rabi crops—chana (gram), masoor (lentil), sarso (mustard), onion and garlic—get registered.

Four days after, he issues another notification saying only onion and garlic will remain under the ambit of the scheme. What transpired in these four days?

CM Chouhan met finance minister Arun Jaitely in Delhi on March 23 and he urged him to release the Centre’s share of 50 per cent for the last Kharif crop. He also met vice chairman of Niti Aayog Rajeev Kumar. The CM had met Jaitley on February 13 as well and had presented the same demand. CM’s official website says, "CM Chouhan told him (Jaitely) that Madhya Pradesh has distributed Rs 1,900 crore from its resources under the scheme to farmers till now. He said that Bhavantar Bhugtan Yojana is a scheme run by the Centre and State's support in which both have 50-50 partnership. Shri Chouhan urged the Union Minister to get the 50 per cent partnership amount of the Centre released soon."

However, sources said, in the last meeting, the Centre did not show interest in the scheme anymore. Consequently, Chouhan, a day later, announced that only garlic and onion will be part of the scheme. Sources also said that Niti Aayog team had come to Madhya Pradesh in February and found lacunae in the scheme.

So what about the farmers, who produce gram, lentil and mustard, and had registered for the scheme? The CM announced that their produce will be procured under minimum support prices (MSP).

CM Chouhan had sold BBY as a scheme which will help farmers in getting optimum price of their produce and save them from distress selling in case they don’t get MSP. However, the implementation threw up a slew of problems. According to the scheme, if a farmer sells his crop at a price lesser than the MSP, then he would get the difference of MSP and trading price.

DTE spoke to about 200 farmers of six villages of the state in Hoshangabad and Sehore district. Most of the Kharif crops were sold at prices below modal rate, and therefore, the majority of farmers could never get the difference of trading prices and the MSP. Besides, they said due to the restricted window periods of selling under the scheme, it had also led to extreme demand-supply mismatch leading to distress selling.

Citing these and other concerns, most of them said they would not like to register for the second round of this scheme which was going to be implemented for the Rabi season. They were of the demand that the BBY must be withdrawn altogether and the government should simply procure their crops as per the MSP.

Now that the CM has announced that the entire crop of lentil, mustard and gram will be procured under MSP, it goes contrary to what Rajora had told DTE in February. He had said that not all the crops are of good quality and they do not deserve to get the MSP. In fact, he had said that he would not like to see that bad quality crop is compensated under BBY. He also said he would be proposing that if the crop is too bad in quality, it should be kept out of the scheme and there was no point in procuring it under MSP. DTE tried to reach Rajora on Tuesday and Wednesday to understand what transpired in Chouhan’s meeting with Jaitley and why was this decision taken. However, he was not available for comment till the time of publication.