Is it heatwave that troubles farmers: Experts explain the reasons behind paddy stunting in Punjab, Haryana 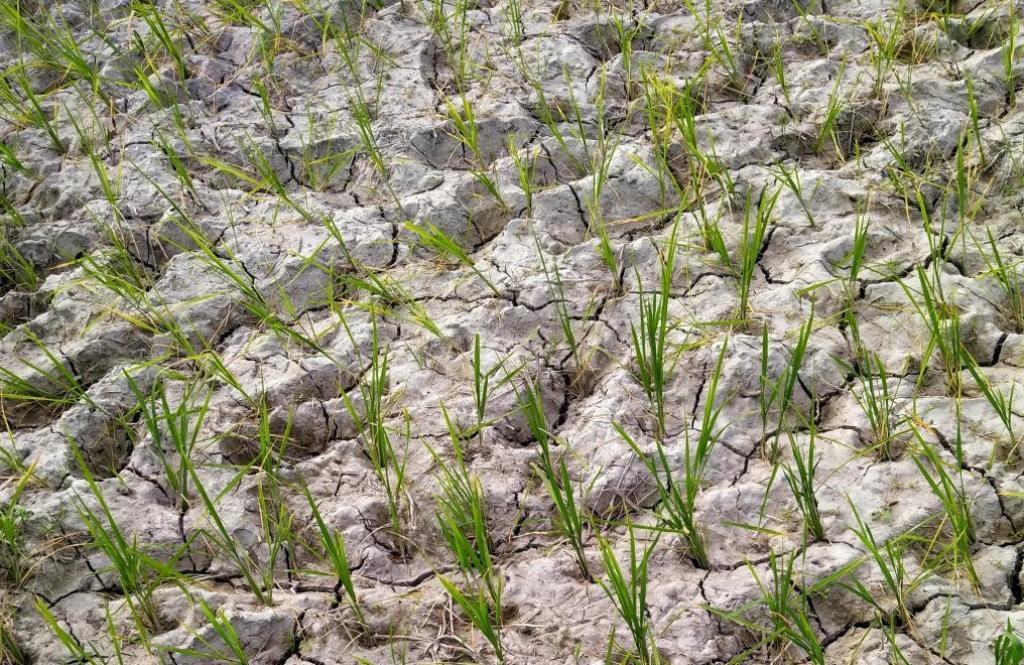 High temperatures during the months of May and June might be one of the reasons behind the stunting of early-sown varieties of paddy plants in Punjab and Haryana, according to a preliminary assessment by a central team constituted by the agriculture ministry.

Farmers in these two states and in Uttarakhand have reported a disease in paddy plants that leads to stunting or dwarfing.

Two per cent of the total paddy area in the two states has been affected, according to a preliminary analysis by the Indian Agricultural Research Institute (IARI).

“Stunting or dwarfing is more prominent in early-sown varieties. The preliminary assessment suggests that high temperatures experienced by the states during the months of May and June may have contributed to the virus growth in paddy plants,” he said.

There is a prevalence of insects like brown plant hopper, white back plant hopper and green leaf hopper, but these are carriers of the virus. The exact reasons can only be stated after the investigation is completed, he added.

Paddy sowing through the traditional transplantation method began in Punjab June 18 and June 15 in Haryana. And farmers who take up the direct seeding of rice method in the two states usually complete crop sowing by June 10.

The months of May and June saw extended dry spells and high temperatures in north, northwest and central India. Dry spells are sequences of days without precipitation.

The summer of 2022 has been the second hottest since 2010, according to an analysis by non-profit Centre for Science and Environment, New Delhi.

The plants transplanted late by mid-July have seen low or no incidences, confirmed AK Singh, director of IARI.

Singh told Down To Earth:

The usual transplanting starts by June 10 and is completed by June 25 and that period coincided with high temperatures and dryness. Incidences of dwarfing are not there in the fields where transplanted happened later in July. However, we can only say with certainty if the virus or bacteria has multiplied because of the high temperatures once the analysis is complete.

The disease causes damage to the roots of the plants, making them black and stunting their growth as the plants cannot pull the nutrients from the soil.

Scientists are looking at four to five possible causes behind the recent disease. These are rice dwarf virus, grassy stunt virus, rice streak dwarf virus, mycoplasma bacteria and an attack of a fungus called fusarium — all associated with dwarfing symptoms.

The field assessments have currently been completed in around ten to 15 districts in the two states. These districts include — Panipat, Sonipat, Karnal, Yamunanagar and Ambala in Haryana and Ropar, Hoshiarpur, Fatehgarh Sahib and Mohali in Punjab.

The dwarfing of paddy plants has happened on this scale for the first time and the team is looking at various reasons behind this, said Subhash Chander, director, ICAR-National Research Centre for Integrated Pest Management, New Delhi.

It will take around 10 days to conclude the causes and submit their report to the ministry, Rajbir Singh added.

Another important observation made by the team was that more damages were being seen in hybrid varieties of paddy.

“Especially in Haryana, where hybrid varieties form 25 to 30 per cent of the total paddy sown, we have seen prime facie the problem occurring more prominently,” he said.

In areas like Yamunanagar, Ambala and some parts of Karnal in the Haryana and Kandi region of Punjab, hybrid varieties are prominent and more disease prevalence has been found. One of the possibilities could be an infection already present in the hybrid seeds, which has spread further, he added.

Rice is grown in around 3.1 million hectares (mha) in Punjab and 1.4 mha in Haryana. The reports of the disease come at a time of a fall in paddy acreage by 3.1 mha in this Kharif season, compared to last year.