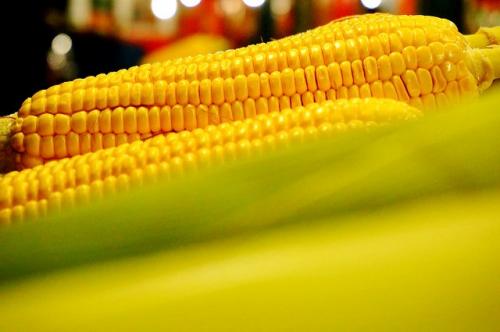 In a context of unprecedented climate change and food insecurity, adaptation in agricultural systems is critical in Africa. It is crucial to breed new varieties of staple crops that are adapted to deal with climatic conditions. This work is a key climate adaptation measure and an important part of international research and development programmes.

Crops have been specifically developed to be resistant to climate-related stresses like drought. There have been impressive advances in the capabilities of crop-breeding programmes as a result of recent investments. An example of this is the Drought Tolerant Maize for Africa initiative. But a new study finds that the new crop varieties that are being developed are struggling to cope with the rate of climatic change.

The study uses crop models and climate change projections to analyse the rate of change in key climate indicators associated with maize. Maize is Africa’s most widely grown crop and the main staple for more than 300 million people across the continent.

Maize can be particularly sensitive to climate and management conditions. It is subject to crop failures, which disproportionately affect those with little capacity to invest in inputs like improved seeds and fertilisers, and irrigation.

Increases in temperature speed up the time that it takes for crops to reach maturity. Shorter crop duration means that the maize accumulates less dry matter through its life cycle, and so yields less. This is why, in different agricultural environments across Africa, varieties are bred to have a duration that matches the full length of the growing season in that particular environment. In Africa, this length is usually defined by the duration of rains.

The results of the study, published in Nature Climate Change, suggest that significant temperature change, outside of the experienced range of current conditions, is likely to take place more quickly than the time in which crops can currently be developed. The consequence is that the durations of newly developed crops are unlikely to be suited to the changed climatic conditions and associated growing seasons.

The study identifies three main options for improving the compatibility between crop development time-scales and those of climatic change.

The first is to speed up the crop development and deployment process. New breeding technologies, like marker-assisted selection of genetic material, can contribute towards this. Marker-assisted selection – where a set of small DNA identifiers, or markers, are used to describe a larger DNA sequence (the genetic material) – helps to identify the desired parent material for breeding quicker than conventional breeding approaches. Institutional and cross-national cooperation in crop breeding can also contribute towards speeding up the breeding process.

The paper also highlights the importance of streamlining processes of regulatory testing and market dissemination. Where appropriate, these can represent a significant component of crop development in some African countries.

A second option is to develop crops in a preemptive way. This can be done in greenhouses regulated at higher temperatures to simulate expected future conditions. It can also take place in analogue locations – locations whose current conditions represent those that are expected to closely correspond with the target areas in the future. Identifying these types of environments has been the subject of recent research. Such an approach requires caution because of the cost involved and the uncertainty associated with future climate projections. The paper makes some cautious recommendations about appropriate temperature increases for preemptive breeding.

A third option is to look at stringent climate change mitigation. Compared with current trajectories of change, it is demonstrated that a global move toward the most ambitious emissions reductions pathways documented by the Intergovernmental Panel on Climate Change would contribute to a better aligning of temperature increases with the time-scales of crop development and deployment.

If new crop varieties are to contribute more effectively to linked challenges of achieving food security and adapting to a changing climate, a combination of these options will be needed. These needs are urgent. They are significant for maize on the African continent, but are not restricted to this crop or continent. The problem of climate change and crop development represents a challenge for agricultural systems across the globe.