Madhya Pradesh farmers were craving rain; now they fear too much of it 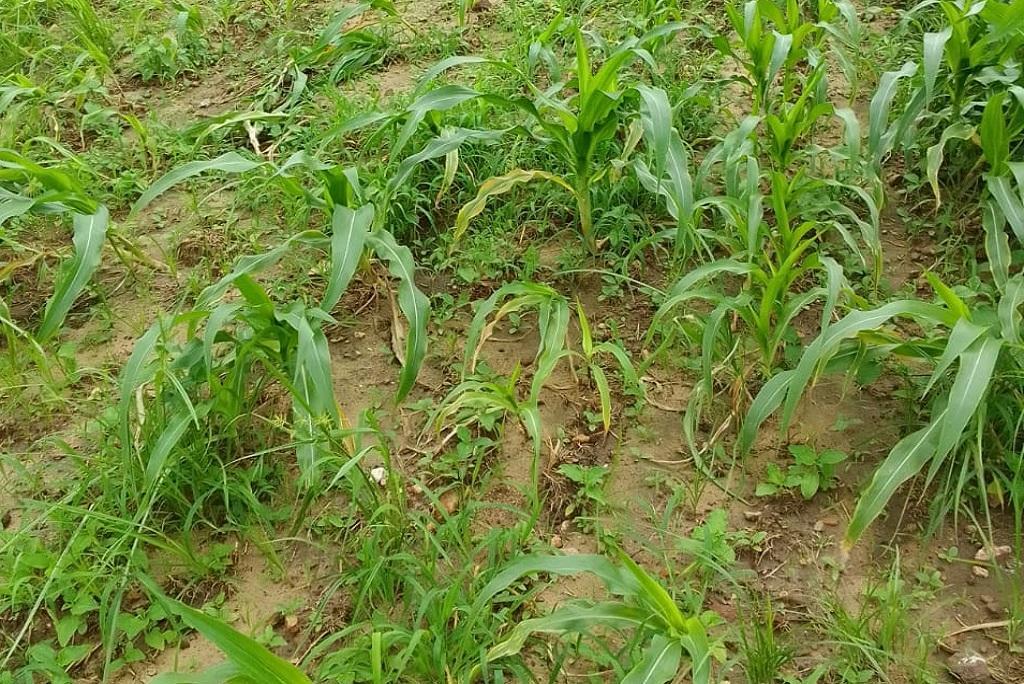 Farmers in Madhya Pradesh, who had been craving rain, are now afraid of too much of it. Their crops of maize and soyabean have either been destroyed or have turned yellow due to the rains.

Flat fields have turned slushy. Crop seedlings have been destroyed due to soil erosion in the state’s hilly areas. Bunds meant for paddy cultivation have been broken and washed away.

This is the situation in half of the state’s districts including Narmadapuram, Harda, Dhar, Chhindwara, Betul, Bhopal, Sehore and Vidisha.

The state had received 23 per cent less rainfall than normal till June 28, 2022. But then, drought turned to deluge, with the state receiving 388.5 millimetres (mm) by July 20.

Madhya Pradesh usually receives 323.2 mm by this date. This means it has received 20 per cent more rain than normal.

It has been raining all over the state. In some places, up to 100 per cent more rainfall than normal has been recorded.

For example, Betul district was supposed to receive 359.7 mm of rain till July 20. But it has received 720 mm of rainfall, which is 100 per cent more than normal. The crops in such districts have been severely affected.

Madhya Pradesh had aimed to sow kharif crops on 0.15 million hectares this year. So far, only 68 per cent of the area has been sown. This is primarily due to the abnormal monsoon so far.

The maize crop, which was supposed to grow to a height of three to three-and-a-half feet till July 20, is stuck at one-and-a-half to two feet. The crop has been destroyed in fields located in areas that are flat and have black soil.

Farmers were relying on maize as it ripens well at low input cost. Also, its price has been Rs 2,200-2,500 per quintal for the last few years. But now, farmers are worried that if the rains do not stop, the sown seeds will not ripen.

Nitin Yadav, a farmer from Devthan village in Betul, had planted maize on 0.6 hectares in his field. But waterlogging has ruined it.

“The soyabean crop is also not growing. Now, the crop will not ripen even if the sun blooms. The field will have to be kept empty till rabi sowing. It is a very unusual situation,” he said.

The soyabean crop also cannot tolerate heavy rain, like maize. It starts to turn yellow, the roots begin to rot and the leaves start to fall. All this has already begun to happen.

Soyabean had been sown in 90 per cent of the area of about 175 villages in the Seoni Malwa tehsil of Narmadapuram. These villages have been receiving continuous rain for the last 10 days, due to which the crop has not able to grow.

Surajbali Jat, a farmer from Chapragrahan village in the tehsil and a provincial member of the Bharatiya Kisan Sangh (Central India), said soyabean needed sunshine, which was not available.

“By now, its height should have increased from one-and-a-half to two feet. But it is only seven to eight inches currently. A slight yellowness has also started to appear. If the rain does not stop, the crop will be completely affected,” he said.

Suresh Patidar, a farmer from Nisarpur in Kukshi tehsil of Dhar district, had planted cotton on 3.64 hectares two months ago.

“The cotton crop needs breaks of sunlight in between spells of rains. But it has been raining for 10 days due to which the growth has stopped,” Patidar said.

He added that if the weather was good, on an average, 10-12 quintals per acre are produced. “But whether I get a good harvest this time is not certain. Earlier, even if the rains started late, there were always breaks of sunlight,” he said.

Weather experts consider this change in rainfall conditions in such a short period of time to be serious.

“We can only tell the farmer not to allow water to accumulate in the fields and if it is happening, arrange for its drainage. If there is weed in the fields, clean it,” Vijay Kumar Srivastava, an agricultural scientist at the District Krishi Vigyan Kendra, Betul, said.

He added that such measures could save the crops for now. If any kind of pest was infesting the crop, farmers could prevent try to prevent the infestation by consulting scientists.