The state received about 23% less rainfall than average till June 28, 2022, resulting in wilting of crops; farmers have had to borrow money to sow their fields again 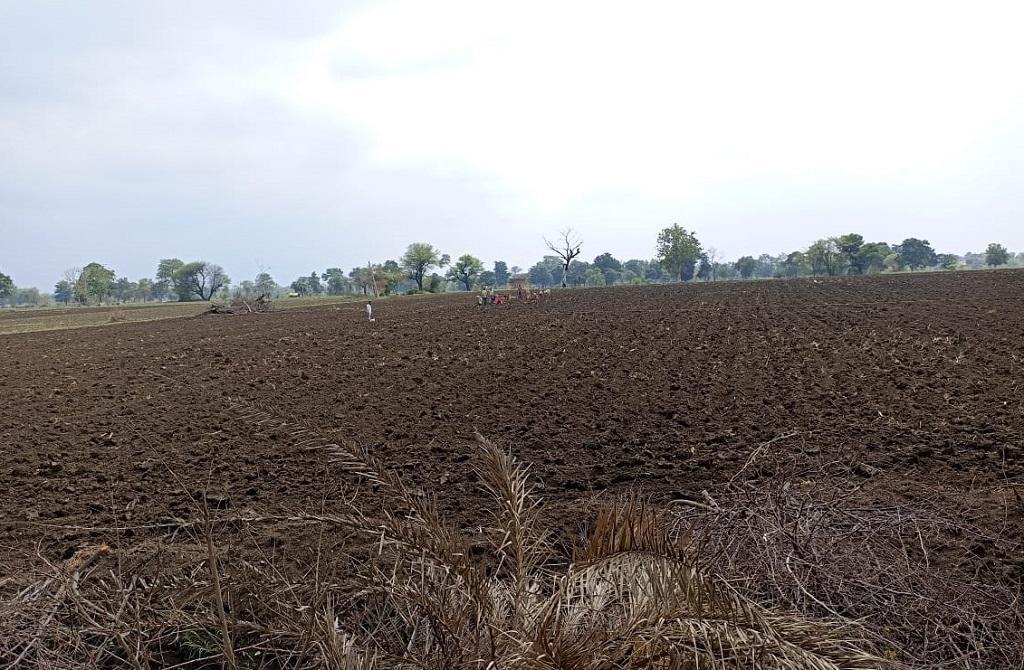 Farmers in Timarni village, Betul district are having to sow their crop again. Photo: Pooja Yadav

Irregular rains in June have thrown a spanner in the works in the plans of Madhya Pradesh’s farmers, with many having to take loans to sow their fields again.

The southwest monsoon officially arrived in MP June 20. MP was supposed to receive 116 millimetres (mm) of rain till June 28, according to the India Meteorological Department.

But it has received only 89 mm. The figure is 23 per cent less than usual. Last year recorded more than 100 mm of rain until the said date.

Some districts have reported intermittent rainfall. Crops sown in the first week of June are drying up. Seeds of those farmers who had sown in dry fields, expecting rain, are also getting spoiled. Those who have not sown yet are also concerned.

Gulab Rao Kapse of Athne, Betul district, had sown three quintals of soybean in a 9-acre field between June 8 and June 12. However, the crop has since deteriorated.

The soyabean seeds were worth Rs 49,000. Diesel and labour costs totalled Rs 10,000 and Rs 1,800, respectively. A fair amount of work was done by the household members themselves.

The household incurred expenses totalling about Rs one lakh by including both, outside costs and household member salaries. The seed did not germinate.

So, Kapse took a loan of Rs 35,000 from a relative and bought new seeds. On June 27, Kapse again sowed his field. Bu this time, he planted half the field with maize and the other half with soyabean.

Basant Kumar, a farmer of Charkheda village in Harda district, said he has 20 acres of land. Groundnut and soyabean have each been planted on 10 acres.

The last day of sowing was June 20. The crop did not come out well. Re-sowing will have to be done if there is no rain in the next two days. He estimates the cost per acre to be around Rs 15,000. Other farmers’ crops in the area have also suffered damage.

Raja Mandloi, a farmer from Barwani district, said his area was receiving unusual rainfall. Those farmers who had good irrigation facilities had planted cotton on time.

Those without access to water were waiting for ‘good rain’. He claimed that 50 per cent of the sowing was yet to be done. Mandloi is concerned that if the onset of good rain is delayed further, the crop cycle, and thus, the rabi season crop will be affected.

Surendra Rajput, a farmer living in Bairakhedi of Dolaria tehsil of Narmadapuram district, said he had sown paddy in 18 acres.

Jagdish Singh, a farmer of Chhatarpur district, said there had been a light spell of rain in his district. “There is not enough moisture in the ground yet. Since sowing the crop is not an option, all farmers are waiting at the moment,” Singh said.

He expressed concern over the delayed seeding of the kharif crop. “If you seed this late, the crop will arrive even later. The schedule for sowing rabi season crops such as gram, wheat and mustard will then be disturbed,” he said.