Marathwada in the grip of drought-like situation

With only 58 per cent rainfall this season, Maharashtra is likely to face one of the worst agrarian crises ever 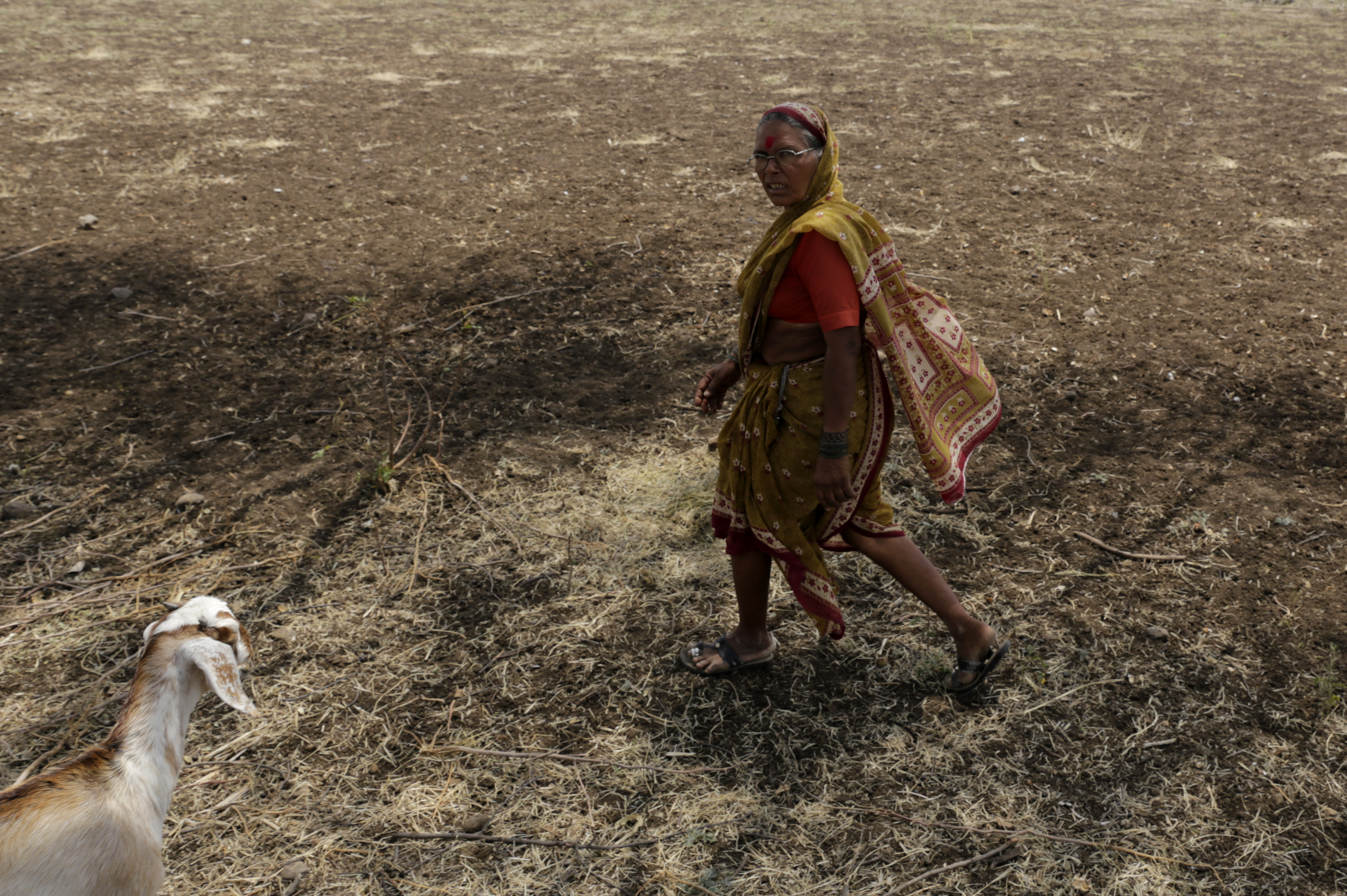 The Marathwada region is facing a drought-like situation for the fourth consecutive year Credit: Vikas Choudhary

As the fear of drought looms large over India, Beed district in Maharashtra’s Marathwada region is gearing up to face one of its worst agrarian crises this year.

Matters have come to such a pass that the residents of Gangamasla village in the district have threatened self-immolation to protest against the state government’s failure to provide relief.

The India Meteorological Department (IMD) has forecast the early retreat of monsoon this year. Till the end of August, Maharashtra had received 58 per cent rainfall while the Marathwada region witnessed only 38 per cent.

“There is no hope of rains in September,” P C S Rao of the weather forecast development division, IMD, said.

With the much-needed rainfall missing and farmers committing suicide, the Maharashtra government has to carefully assess the situation even though it has not formally announced drought.

Last year in December, the state government had put aside Rs 7,000 crore for drought relief. Two days ago, Chief Minister Devendra Fadnavis announced the plan to raise Rs 10,000 crore for drinking water supply and cattle protection in the parched regions of Maharashtra.

To tackle the drought-like situation, the state government has already taken a slew of measures to conserve water. Cultivation of sugarcane, a water-intensive crop, will be banned from mid-September onwards across Marathwada, besides crushing and production of sugar.

Last month, a 10 per cent cut in water supply to the industries was also imposed across the state. At present, around 1,300 tankers are supplying drinking water to 983 villages and 513 wadis in Marathwada every day. Water from the Ujjani dam in Solapur district is being transported to Marathwada by train. In entire Maharashtra, 2,000 tankers are supplying water. Despite this, Latur is receiving water supply only once for two to four hours in 15 days.

Fadnavis is currently on a three-day visit to Marathwada to monitor the situation. As part of relief measures, the chief minister has listed out steps like creation of cattle camps, supply of water through tankers, availability of fodder for cattle at farmers’ doorsteps, waiver of education fees, renovation of village wells and initiation of well-recharge projects.

The people of Marathwada, Vidarbha and western Maharashtra will be entitled to wheat at Rs 2 per kg and rice at Rs 3 per kg under the National Food Security Act, 2013.

The Marathwada region is facing a drought-like situation for the fourth consecutive year. All the eight districts in the region have received just 259 mm of rainfall against the yearly average of 541 mm.

The situation is bad as out of 40,000 villages across Marathwada and parts of northern and western Maharashtra, almost 24,000 are reeling under drought-like situation.

To make the situation worse, the water level in dams is also decreasing day by day. The Jayakwadi dam has only 6 per cent water left while the water in five other dams—Manjira, Seena, Kolegaon, Majalgaon and Lower Terna—has finished.

Old people have started comparing this year’s drought-like situation with the one experienced in 1972. It was Maharashtra’s worst famine ever with the then chief minister, Vasantrao Naik, promising work and food to the affected people.

According to the Groundwater Survey and Development Agency, 400 villages in the Marathwada region are on the verge of becoming deserts. Local officers have been empowered to take action against those who are pumping water from below 20 feet underground.

The state government’s effort to bring about artificial rain through cloud seeding has not been successful. The Climate Modification Company was given the contract for causing artificial rainfall for 200 hours from August-October at Rs 27 crore. But there are no rains in sight due to the absence of clouds, according to government officials.

With crops almost withering in the fields, farmer suicides are on the rise. The state has witnessed 1,300 suicides from January to June this year, according to the National Crime Records Bureau.

Around 575 suicides were recorded in the Marathwada region alone by the end of August. The state is witnessing around 70 suicides a month despite the announcement of relief packages.

The Maharashtra government has announced Rs 1 lakh as compensation to the family of a deceased farmer. Though agriculture minister Eknath Khadse claimed 78 per cent of distressed families have received relief packages till now, experts claimed that hardly 5-10 per cent of families have been covered.

“Small-time farmers or labourers, who take loans from private money lenders, do not fall in the category of farmers for whom packages are promised,” says Kishor Tiwari, an activist from Vidarbha.