At a discussion held in Chennai, experts and scientists gave a number of suggestions for policy-level changes to promote millets 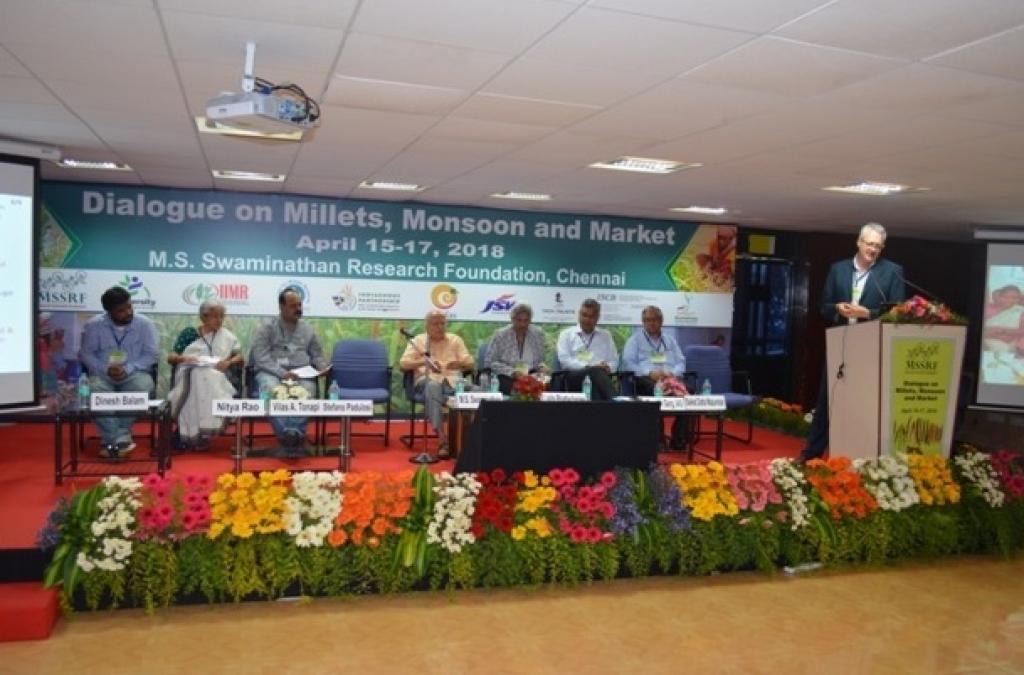 While millets are being promoted, farmers in Tamil Nadu do not have enough millet processing machines. One of the farmers highlighted this issue to a group of scientists and experts on the final day of a three-day meeting organised by the MS Swaminathan Research Foundation in Chennai from April 15-17.

The farmers highlighted that the major concern in producing millets is lack of options in post-harvest technologies. Yogeshwari, a farmer from Kolli Hills in Namakkal district in Tamil Nadu, said, “MS Swaminathan Research Foundation (MSSRF) has provided millet processing machines, but capacity of the machines is not enough to process large amount of millets at a time. Also, since a lot of people opt for cultivation of commercial crops like pepper, banana tapioca, very few labourers harvest millets. We need more harvesting machines.”

The concluding day of the meeting, titled ‘Dialogue on Millets, Monsoon and Market’, saw a panel discussion on policy-level changes and issues regarding millets chaired by MS Swaminathan.

Dinesh Balam from Watershed Support Services and Activity Network (WASSAN), who is working with Odisha government on millet pilot project said, “Subsidy or grants from government should be allocated to provide millet processing machineries. India has to start procuring millets and support for storage of millets also should be taken care of within the policy.”

Another important aspect highlighted during the meeting was the need for a holistic approach to policy-level changes. Stefano Padulosi, senior scientist from Delhi-based Bioversity International, said, “Policies should encourage farmers to produce diverse crops. In other words, along with millets, other traditional crops also need to be encouraged as diversified diets are better. Also, the access to credit needs to increase.”

But all these moves would be a waste if production of millets is not increased to bring it into the mainstream, said Vilas A Tonapi, director of Indian Institute of Millets Research (IIMR). “If the supply of millets is not enough to meet the demand, then what is the point in bringing the millets into mainstream?” questioned Tonapi.

Need for gender equality was also highlighted. Nithya Rao, professor at the University of East Anglia, said, “Women farmers should be given recognition and this could lead to easy access to agricultural loans and other benefits. Assured credit, crop insurance and proper remuneration for millets produce also have to be taken care of.”

All the experts unanimously raised the issue of setting a minimum support price for millets.