Global trade talks back on track but real work lies ahead 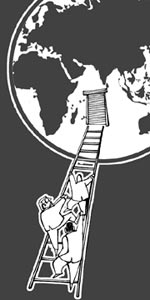 in the wee hours of August 1, 2004, members of the World Trade Organization (wto) reached an agreement in Geneva. It is only a framework agreement, but sets out principles to guide further negotiations. Positive in places, much hard work remains if the developing world is to secure meaningful gains.

For various actors involved in the process, the agreement varies in significance. wto director-general Supachai Panitchpakdi called it a "truly historic" achievement and a "minor triumph for multilateralism". Brazilian foreign minister Celso Amorim found it good for trade and social justice. Even European Union (eu) trade commissioner Pascal Lamy, extremely cynical since Cancun, admitted "the multilateral trading system is alive and kicking." us trade representative Robert Zoellick was more diplomatic: he characterised the deal as a crucial step for world trade.

India, however, was extremely self-laudatory (see table: India goes hyperbolic). In an official press release, Indian commerce and industry minister Kamal Nath called the agreement a major victory for India for it fully protects her interests. China's assessment, on the other hand, was more realistic; while the deal was "not bad," China's ambassador said, developing countries were "not fully satisfied." Civil society organisations echoed this sentiment. Oxfam, for instance, acknowledged that developing countries had registered small wins but warned there were no cast-iron commitments and no clear timeline for reform.
On agriculture, developed countries have clearly committed to phase out all forms of export subsidies (direct or indirect), by a date yet to be negotiated. Given the eu had vehemently opposed phasing out its export subsidies in Cancun, this is a positive development. Of course, gains derived from eliminating export subsidies could be nullified by providing domestic subsidies. On this front, the agreement does not do enough. There is a commitment to cut all trade-distorting domestic support by 20 per cent in the first year. This is good, but the language is ambiguous. The base year on which the 20 per cent reduction is to be applied is to be decided; thus, how real or notional such reduction will be hangs in negotiatory balance. Further, the agreement requires that the sum of all trade-distorting support not exceed 80 per cent "in the first year and throughout the implementation period." The language here implies developed countries would effectively have to make only a one-time cut of 20 per cent for the entire implementation period. It remains to be seen how this issue is interpreted.

Another achievement is capping Blue Box subsidies -- relatively less trade-distorting domestic subsidies aimed at limiting production -- at 5 per cent of a member's average agricultural production. S N Menon, additional secretary, Union ministry of commerce and industry, feels such a step would hack eu subsidies from us $22 billion to us $10 billion. But a provision exists that will not require members with an extremely large proportion of trade-distorting support in this category -- such as the eu -- "to make a wholly disproportionate cut." Observers believe this provision is also an opportunity for the us to expand its Blue Box subsidies, accommodating subsidies like the one it has announced for farmers in its 2002 Farm Bill. The criteria to include any measure within this category still remain to be negotiated.

Agricultural tariffs are also a matter of concern: in the agreement scenario, a country like India could end up making significant cuts in a "tiered" way, whereas higher tariffs require deeper cuts. Menon clarified this tiered formula of reducing tariffs was not a worry, for it would be linked to a tiered formula to reduce trade-distorting domestic subsidies of developed nations. As of now, there is no provision to cap maximum tariffs on each product; moreover, members can take certain products they consider sensitive outside the formula, so allowing some developed countries -- that have extremely high tariffs on a small number of products -- to get away with minimal commitments. A clear defensive victory in this area has been the introduction of "special products" and a "special safeguard mechanism" for developing countries. The former allows poorer nations to select a certain set of products and treat them differently from the formula, possibly even exempting them from tariff cuts; the latter enables them to take measures to guard against any surges in agricultural imports.


cotton: A last-minute deal was struck between the us and four African countries (Benin, Burkina Faso, Chad and Mali) allowing them to pursue trade-related aspects of their specific concern -- a year ago, the four had protested against us cotton subsidies hurting them in the cotton market -- expeditiously through a sub-committee.

market access for non-agricultural products: The framework agreement is the draft of the text that came up at Cancun, except for one paragraph included at the insistence of the g-90. This group, largely comprising small and vulnerable developing or least-developed nations, has consistently raised the concern that they would have to cut their tariffs too much too soon under a non-linear formula -- contained in the framework -- that requires higher tariffs on each product to be reduced by a higher level. The paragraph inserted is a defensive one. It states that the framework contains "initial elements" for future work on the details, implying negotiations on all elements could start from scratch. At the same time, additional negotiations are required to agree on the "specifics of some (initial) elements". This could mean it is not the elements, but only the "specifics" within "some" elements, that need to be negotiated.

singapore issues: Of the four issues vehemently opposed by many developing countries at Cancun, negotiations have been launched on only easing custom procedures and costs (referred to as trade facilitation), but there are enough caveats to allow developing countries to move at a comfortable pace. The highly contentious issues of rules for foreign investment and competition have been dropped from the agenda for the duration of the Doha Round, as has the question of developing rules on transparency in government procurement.

services and development issues: The agreement merely extends deadlines on resolving development issues. On services, it provides a deadline for new improved offers to be tabled by May 2005 and calls for special attention to sectors and the modes of supply of interest to developing countries.