In a major digression from the current discourse on GM crops, the report claimed that the farmers in India have “enthusiastically embraced” GM seeds 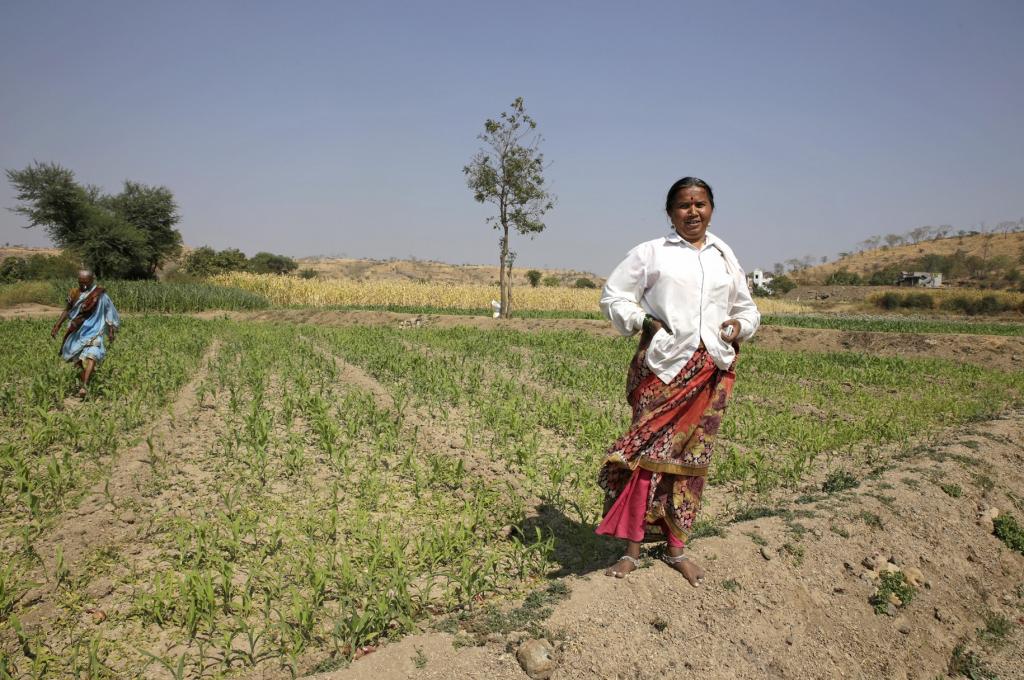 For the first time since the five-year plans were scrapped, the NITI Aayog presented the three-year action plan last week. The report, which draws on recommendations made by the Task Force on Agricultural Development and a group of secretaries appointed by PM Modi at the end of 2015, urged the states to be ‘active partners’ in bringing about the turnaround in agricultural sector. The action plan focused on four major areas: ensuring remunerative prices for farmers, boosting productivity, resolving the issue of land ownership and relief measures in the time of disaster.

Admitting the fact that agricultural marketing in the country is suffering because of poor infrastructure and price manipulation by large number of intermediaries, the NITI Aayog action plan calls for reforming the APMC (Agricultural Produce Marketing Committees) acts so that farmers are empowered to sell their produce to whomsoever they wish.

To help small farmers, it is important to create aggregators who would collect produce from farmers and sell in competitive marketplaces. On the issue of fragmented agricultural markets in India, it recommended plugging the gaps in eNAM (electronic National Agricultural Market) where cross-market purchases are few and far between. In July, Down To Earth reported these issues and held them responsible for agriculture becoming a loss-making venture.

According to the report, minimum support price (MSP) system has not only “distorted cropping pattern” by ignoring pulses and oil seeds and focussing more on wheat, rice and sugarcane, but also led to depletion of water resources. Instead, it proposes ‘Price Deficiency Payment’ system wherein subsidy would be provided for targeted produce in case price falls below the MSP threshold. All the crops will be considered for price support.

The report proposes that farmers register their crop and acreage sown with the nearest APMC market. In case of plummeting price, they would be entitled to the difference, up to certain percentage so that the quantum of subsidy is in accordance to the restrictions imposed by the World Trade Organization (WTO).

To boost farm productivity, the government intends to focus on four factors: shift to high-value farm products, irrigation, seeds and fertiliser and new technology. The three-year action plan calls for accelerating the pace of Pradhan Mantri Krishi Sinchayee Yojana (PMKSY) and increasing allocation of funds. It also calls for speeding up clearance of river interlinking projects, although questions have been raised on effectiveness of such projects in preventing floods.

When it comes to seeds, the government is keen on encouraging private sector participation in seed production and distribution. At the same time, it wants a “robust third-party quality certification system” for seeds. Referring to a study by the National Institute of Agricultural Economics and Policy, the NITI Aayog report notes that two-thirds of the 18 largest states do not use optimum quantity of urea. It calls for creating awareness about optimal nutrient mix (Nitrogen, Potassium and Phosphorus).

In a major digression from the current discourse on GM crops, the report claimed that the farmers in India have “enthusiastically embraced” GM seeds for they need less fertiliser and pesticide. Agricultural experts, on the contrary, are carrying on a sustained campaign against GM crops observing that they are not a sustainable pest control strategy. In fact, they are adding to the pest problem. In Gujarat, farmers are trying to get rid of BT cotton crops after pink bollworm pest wreaked havoc.

By March 2020, the government wants at least two-thirds of the states to have digitised and updated data on land ownership and liberal land-leasing laws in place that protect both the owner and the tenant. However, the project related to computerisation of land records has not worked as per expectation and it also remains underfunded.

Harping on Pradhan Mantri Fasal Bima Yojana (PMFBY), the NITI Aayog Action Plan recommends some reforms in the crop insurance scheme. It calls for providing insurance coverage for three to five years “so that the coverage extends to both good and bad years”. Commenting on the crop insurance scheme, the report points out to the fact that large farmers, who are less vulnerable, get maximum share of government’s subsidy as there’s a limit fixed on farmers’ contribution towards insurance premium.