One year after Mandsaur, farmers remain a disenfranchised lot; demands not heard

Besides loan waiver and MSP+50 per cent as remuneration, the farmers are now demanding fixed income 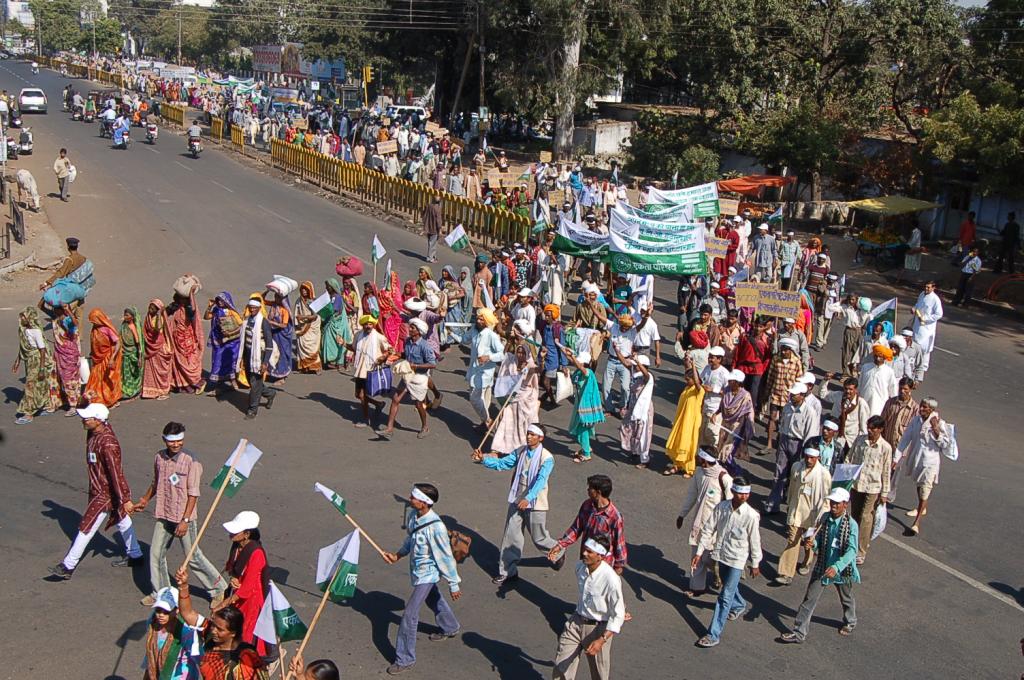 As the 10-day agitation of farmers entered sixth day on Wednesday, they decided to register their protest by giving milk for free at the government hospitals a day after (June 7). Incidentally, today is also the first anniversary of Mandsaur agitation in Madhya Pradesh wherein six protesting farmers were killed as police opened fire.

While two of their demands—loan waiver and MSP +50 per cent as remuneration—are long pending, the new demand that they have come up with is fixed or assured income for small and marginal farmers. “Only 6 per cent farmers of the country get MSP. Even the Shanta Kumar Committee confirms this. So, even if the government accedes to their demand of MSP +50 per cent, what about the 94 per cent farmers? It is for them that the principle of assured income stands true,” says agriculture expert Devinder Sharma.

A team of ten experts, including him, has worked out that Rs 18,000 should be fixed as assured monthly income to farmers. So, if a farmer gets only Rs 6,000 from his produce, the rest must be paid by the state governments. Sharma said they have also prepared a report for the same and it will be out soon.

But, are state governments ready to pay this?

The farmers also demand that even those who sell milk, vegetables and fruits must be brought under the ambit of minimum support price umbrella and a law must be made for the same.

Meanwhile, the agitating farmers say nobody from the government has approached them for discussion, though their strike has led to spurt in prices of fruits and vegetables. “It is most unfortunate that Prime Minister Narendra Modi or any of his representatives has refused to take cognisance and talk to any of us. Therefore, on June 8, we will petition President Ram Nath Kovind and also give him fresh vegetables and fruits,” says Kakka Ji Sharma, president of Rashtriya Kisan Mazdoor Mahasangh (RKMM), which claims to be the apex body of 130 farmer organisations.

Farmers would go on hunger strike and Bharat Bandh on June 9 and June 10 respectively, according to Sharma. “If the government still does not pay heed to our demands, we will continue the agitation after that as well,” says Rahul Raj, the Uttar Pradesh chief of the organisation. On being asked whether they would continue blocking vegetables, milk and fruits from coming to cities after June 10, he said the format of the agitation will be decided later.

The organisation also claimed that their agitation is going on in 22 states, including Madhya Pradesh, Maharashtra, Bihar, Haryana, Karnataka, Kerala and Gujarat.  A few state chapters of the organisation even gave up the agitation, thus pointing out fissures in the movement. Rebutting the allegation, Kakka ji explained the situation by citing example of Punjab, “Every dairy farmer in Punjab produces 200-300 litres of milk daily. Since it was going waste, it led to some tension among the farmers. We did not want any untoward incident to happen, so we asked them to back off.”

Besides four national demands, many state chapters have also come up with state-wise demands. The Madhya Pradesh farmers are demanding that FIR be lodged in the Mandsaur firing incident. They also question why the commission, which was formed to inquire into the incident, has not come out with any report which it was supposed to in three months.

“Till date, most of the farmers are participating voluntarily and are not supplying anything to cities. But from June 7, we would even reach out to those farmers who are still supplying and convince them not to do so,” says Sandeep Gidde, representative of RKMM from Maharashtra.