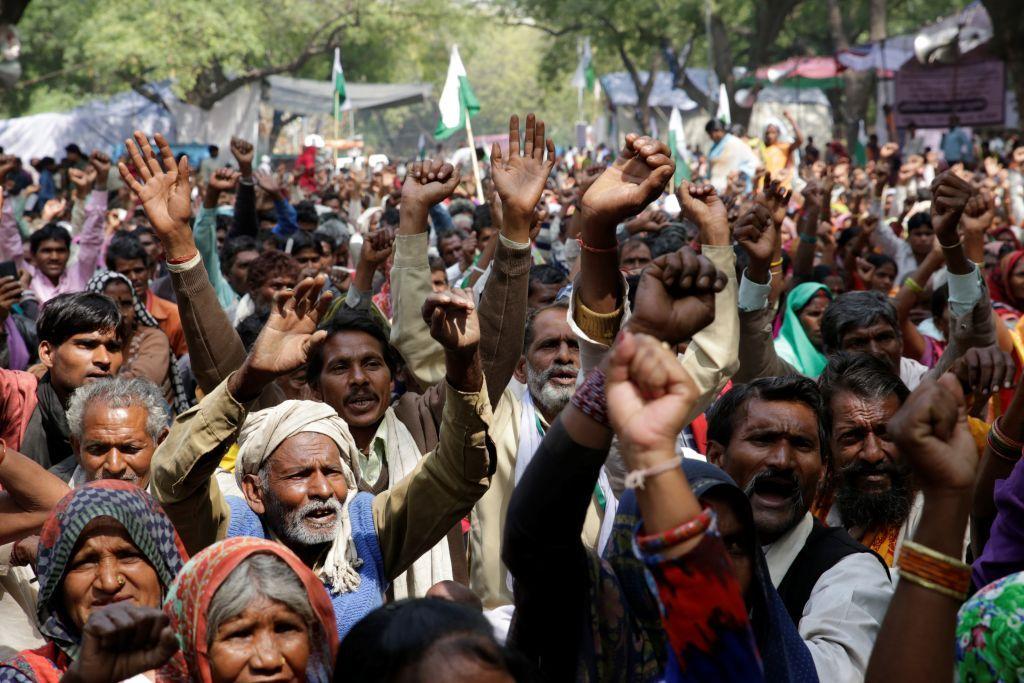 Farmers’ protest in Rajasthan has come to an end as the state government has announced loan waivers after multiple rounds of discussion with farmers’ representatives. This was announced in a press conference by the Rajasthan agriculture minister Prabhulal Saini. “We have agreed to waive loans up to Rs 50,000 for farmers. A high level team of specialists will talk to stakeholders in other states and chart out the process of loan waiver and its impact in Rajasthan,” he was quoted as saying in media reports.

Following the loan waiver announcement, the farmers ended the “mahapadav” (sit-in) which began on September 1. Protests and negotiations on farmer relief and loan waiver have been going on since July this year. The farmers were demanding implementation of recommendations given by The National Commission on Farmers chaired by M S  Swaminathan, which aimed at improving the economic conditions of farmers. Their demands also included increasing pension from Rs 500 to Rs 5,000 for those who are above 60 years of age and removing the ban on sale of cattle.

The state government will form a high level scientific and technical committee to study the loan waiver process adopted in other states like Uttar Pradesh, Maharashtra, Kerala, Punjab etc. The committee will have to submit a report within a month.

Reading between the lines

While the protests have been called off for now, some sections of the protestors are sceptical. “If you look at the government letter, there is no guarantee that they will not backtrack from these promises,” said Rampal Jat of Kisan Mahapanchayat, a national-level farmer organisation.

Jat pointed out more loopholes: “In response to the demand for creating employment, their response is the Mahatma Gandhi National Rural Employment Guarantee Act. To other demands too they have simply listed existent state policies. How have they accepted our demands?”

He also expressed doubts over the total waiver amount which has been publicised, saying, “We have no clue were the figure of Rs 20,000 crore has come from. The government letter doesn’t talk about Rs. 20,000 crore. It mentions of setting up a committee to look into the implementation process, which is different from loan waiver,” he added.