This is India's agrarian import bill for 2015-16. More than three times of India's annual agriculture budget, this money could have been transferred to Indian farmers who reaped a bumper harvest of crops that we import now 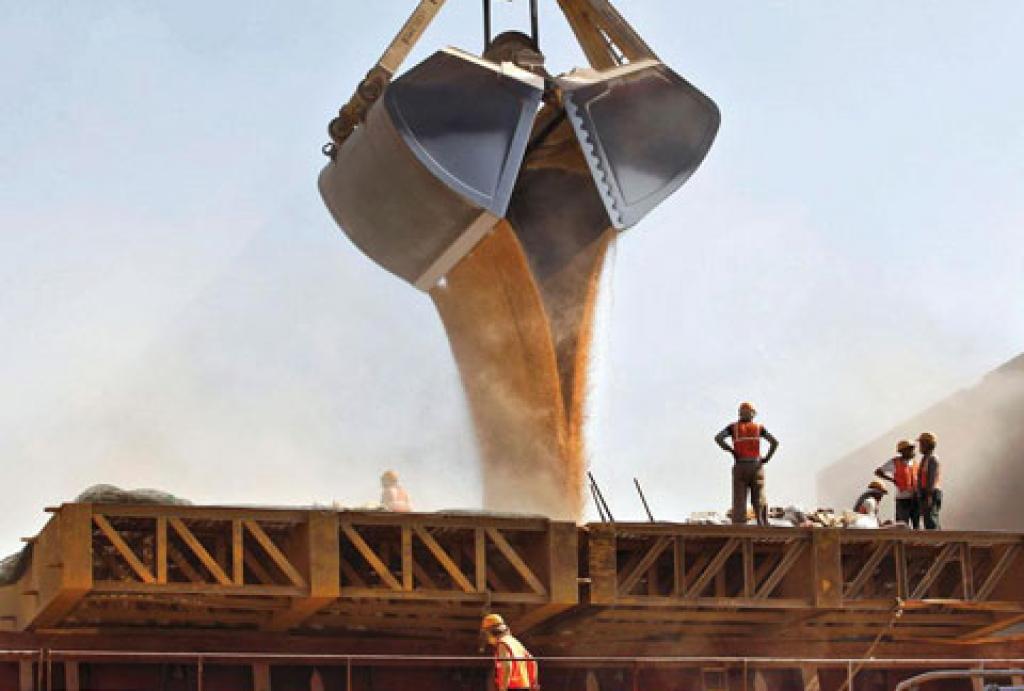 India is swiftly changing its policy of self-reliance in food production. Despite claiming a bumper production in recent years, the government has encouraged import of agricultural produces. More importantly, it has allowed import of cereals like wheat, maize and non-basmati rice. The volume of import of these grains increased by 110 times between 2014 and 2017. Farmers who produce them are at the centre of the current crisis because they are the worst hit by the fall in the prices caused by the import.

The unprecedented situation is result of numerous policy decisions that have made the domestic market less remunerative for farmers. Traders now find it cheaper to import from Australia than to procure local produces. The change in policies has caused a huge spike in India’s agro food import bill. The spending on the import of cereals, which include wheat, maize and non-basmati rice, increased from Rs 134 crore in 2014-15 to Rs 9,009 crore in 2016-17—a rise of 6,623 per cent. India also imported Rs 5,897 crore worth of fruit and vegetables in 2016-17 while the figure in 2014-15 was Rs 5,414 crore. On one hand, the government is spending on imports while on the other hand, it has put restrictions on exports. In 2014-15, India’s agrarian exports were to the tune of Rs 1.31 lakh crore but fell to Rs 1.08 lakh crore in 2015-16.

What’s worse is that the government is trying to hide this shift in policy. In May 2016, the Union Ministry of Agriculture issued the advance estimates for grain production for 2015-16, forecasting a wheat production of 94 million tonnes. The prediction was surprising because it was up 8.6 per cent from the previous year’s despite deficit monsoon and drought-like conditions in large parts of the country in 2014-15. The hollowness of the government’s prediction became clear when, suspecting a fall in production, it procured only 23 million tonnes of wheat for the public distribution system (PDS) in 2016-17 (against 28 million tonnes procured for 2015-16) and encouraged import of wheat. It first reduced the import duty on wheat from 25 per cent to 10 per cent in September 2016 and then completely removed it in December. If there was a bumper crop, what was the need to import? Moreover, the government had also said that there was a rise of about 8 per cent in cultivation of wheat in the 2016-17 rabi season. So there should not have been any need to remove the import duty.

The truth is that despite the government’s claim of a bumper crop in 2015-16, the market had got wind of the impending wheat shortage. This was the reason behind the 25 per cent rise in prices of wheat flour in the market between April and December 2016. This prompted the government to encourage the import of wheat. According to the Food Corporation of India, the volume of wheat in government storage facilities reached its lowest in the last decade in 2016-17. On January 1, the figure stood at 1.38 million tonnes against 2.4 million tonnes in 2015-16. This was alarming, because 1.38 million tonnes is the minimum buffer stock limit set by the government. This also means that India’s wheat import this year could likely be the highest in the past decade. In the current season (2016-17), more than 5.75 million tonnes of wheat has been imported from Australia, Ukraine and France (see ‘No more self-reliant’).

Though India today is much better placed in terms of food security than it was before the Green Revolution, the import-promoting policies will have a huge impact on the food price. The government uses import as a mechanism to check food inflation. But this hurts farmers, particularly at a time when domestic production is very high.

Ajmer Singh Lakhowala, head of the Punjab unit of Bharatiya Kisan Union, says that the decision to abolish import duty on wheat was taken when the farmers were struggling due to the effects of demonetisation in November last year and hoping for some relief measures. “The import of cheap wheat will bring the prices down. It appears the government wants the farmers to quit farming,” he says sarcastically. Several agricultural bodies have demanded that the government impose a 40 per cent duty on wheat import. R S Rana, a farm sector expert based in Sonepat, Haryana, says that the import of wheat would demotivate farmers and cause a fall in production in the next season. “Wheat mills in south India are finding the cost of imported wheat 10-15 per cent cheaper than the wheat they get from north India,” he adds.

If the duty-free import continues, the price of wheat in the market could go even lower than the minimum support price (MSP). Though the government increased the MSP of wheat from Rs 1,525 a tonne to Rs 1,625 in October 2016 and of pulses from Rs 50,500 per tonne to Rs 54,500 on June 20, 2017, the gains for the farmer were minuscule because the duty-free import was allowed till March 2017. On December 20, 2016, farm scientist and architect of India’s Green Revolution M S Swaminathan, tweeted, “Our progress in wheat production in the past was hampered by cheap wheat imported through the PL480 programme of the USA.”

The point is that India was able to witness the Green Revolution because the government made sure the farmers felt secure pursuing there livelihood. Apart from providing them with better seeds, fertilisers and techniques, the government also assured them of sale at a reasonable price. Decisions, such as the removal of the import duty erode that trust. It is notable that soon after it came to power, the National Democratic Alliance government, started putting pressure on state governments to avoid buying wheat at above MSP. This reduced the procurement and thus the wheat shortage in government godowns.

In a way, importing wheat is like outsourcing agriculture. Swaminathan has already termed import of grains as import of unemployment. But apart from being linked to the livelihood of farmers, the issue is also linked to India’s food security and sovereignty. In 2008-09, agrarian imports were just 2.09 per cent (Rs 29,000 crore) of India’s total imports. They rose to 4.43 per cent (Rs 1.21 lakh crore) by 2014-15 and 5.63 per cent (Rs 1.4 lakh crore) by 2015-16. This money should have ideally gone to the farmers, who are struggling with poverty.

What unregulated import can do to agriculture can be better understood with the example of sugar. Abinash Verma, Director General, Indian Sugar Mills Association (ISMA), says that the sugar produced in India in the past six years exceeded the sugar consumed in India. Still in 2012-14, India imported 0.77 million tonnes of sugar. As a result, in 2015-16, sugar prices reached their lowest in the past six years. Sugar mills ran out of money and started defaulting on payments they had to make to sugarcane farmers. Their debt to farmers ran to the tune of Rs 22,000 crore. In January, the government even discussed removing the import duty on sugar.

Losing gains of THE YELLOW REVOLUTION

India’s import-promoting policies have had another side-effect. They have made the country a major importer of food oil and pulses. In 1993-94, only 3 per cent of oil consumed in India was imported. The figure today is nearly 70 per cent and India spends around Rs 70,000 crore annually on its import. The domestic market is flooded with cheap imported palm oil and soybean oil.

In 2015-16, India had a bumper crop of oilseeds. But right before the harvest the government reduced the import duty on crude and refined palm oil by 5 per cent. As a result, peanuts and soybean in the country started being sold below MSP. With such policies, how can the farmer be expected to increase production? While the import of edible oil has seen a threefold rise in the past decade, oilseed production has gone down by 10 per cent.

As far as pulses are concerned, the government has gone a step further and started outsourcing their production. When the price of pulses was sky-high last year, India signed MoUs with Mozambique to get pulses cultivated in that country. In the next five years, India will import about 0.3 million tonnes of pulses from Mozambique. The government is also trying to find ways to import pulses from countries like Brazil and Myanmar.

Just like edible oil, the government encouraged import of pulses to check food inflation. India today imports 25 per cent of its pulses, spending around Rs 20,000 crore annually. The import of pulses has also risen threefold in the last decade. Despite having a bumper yield in the last kharif season, the government imported 5.9 million tones of pulses worth over Rs 25,600 crore in 2016-17. As a result, when pulses reached the markets, the prices had fallen and they were sold below MSP.

T Haque, former head of the Commission for Agricultural Costs and Prices, says that India’s agrarian policies over the years have lacked coherence. Despite domestic production, we inexplicably keep promoting import. To get our agriculture out of this vicious cycle, first we need to set our foreign trade policies in order, he says.