Rs 2 lakh crore: This is what government owes the Food Corporation of India

Without the fund, FCI is borrowing money with a high interest rate; government might not be able to procure foodgrains as expected impacting farmers celebrating a bumper harvest 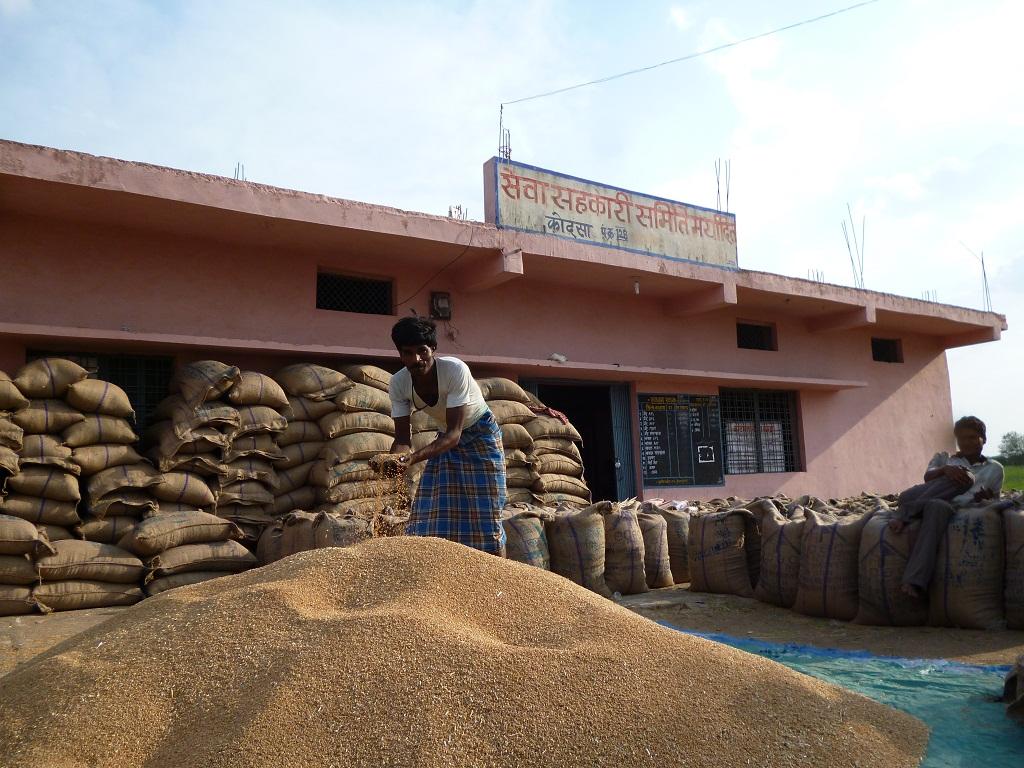 India will have its third consecutive bumper harvest but if FCI doesn’t have its operation fund, procurement and supply twill be hit. Credit: Jitendra/CSE

The government of India has not been fully paying the Food Corporation of India (FCI) the cost to run the massive foodgrain procurement, storage and distribution network. It owes FCI a whopping Rs 2 lakh crore, or Rs 2 trillion. A senior official of FCI told Down To Earth on the condition of anonymity that for the last three years, the government is not paying FCI its full dues.

To maintain the food procurement, distribution and supply, FCI has been borrowing money from government’s National Small Saving Fund (NSSF). In 2016-17, FCI borrowed Rs 66,000 crore from NSSF at an interest of 8.8 per cent after being advised by the Union government as an emergency fund raising.

According to the Union Ministry of Agriculture and Farmers’ Welfare latest advanced estimate, India would have its third consecutive bumper harvest of foodgrains, the latest being a historic figure of 283 million metric tonnes. Godowns of FCI are already flush with grains just before kharif procurement season starts in October. Photographs of sunken and rotting stacks of foodgrains in FCI godowns often stir popular sentiments and these might become more frequent with such a huge foodgrain harvest.

But the immediate question is if FCI doesn’t have operation fund, how would it procure and supply the stock. As government has increased the Minimum Support Price (MSP) of various foodgrains, it is expected to increase procurement. This is where the lack of fund would impact the most.

Data available on FCI's website shows that stock of grains since February are highest in last three years and May to August are abnormally high. After breaking up the procurement, availability of wheat in the stocks are the higher than rice (see table below).

Rise of dues and kharif procurement

In 2018-19 FCI has budgeted Rs 1.40 lakh crore for operational costs like procurement, transportation, storage and supply comes. The government bears this as part of its overall food subsidy budget. Total food subsidy bill in current fiscal is Rs 1.70 lakh crore to run the National Food Security Act that ensures subsidised foodgrains to 67 per cent of India’s population.

But in the last three years, the government has only provided a part of this subsidy amount and rest of amount FCI raised through loan from NSSF. Rising interest on loan and non-supply of total subsidy amount has increased total dues up to Rs 2 lakh crore.

Rise of dues and availability of grains at all time high may impact kharif procurement. “I don’t think procurement would be impacted,” says Siraj Hussain, former secretary of the ministry.

“In view of the election year and farmers protest, it makes it difficult for government to reduce procurement. Government has to think how creatively to dump those excess grains which are mostly wheat,” he adds.

The large amount of grains means the government need to answer how would it manage the space in upcoming Kharif procurement seasos and whether it is going to impact further procurement.

“Government has to dispose off wheat at the earliest to make space for rice procurement,” says Siraj Hussain, former agriculture secretary. “Problem with wheat is that it cannot be exported in the view of global low price of wheat,” he adds.