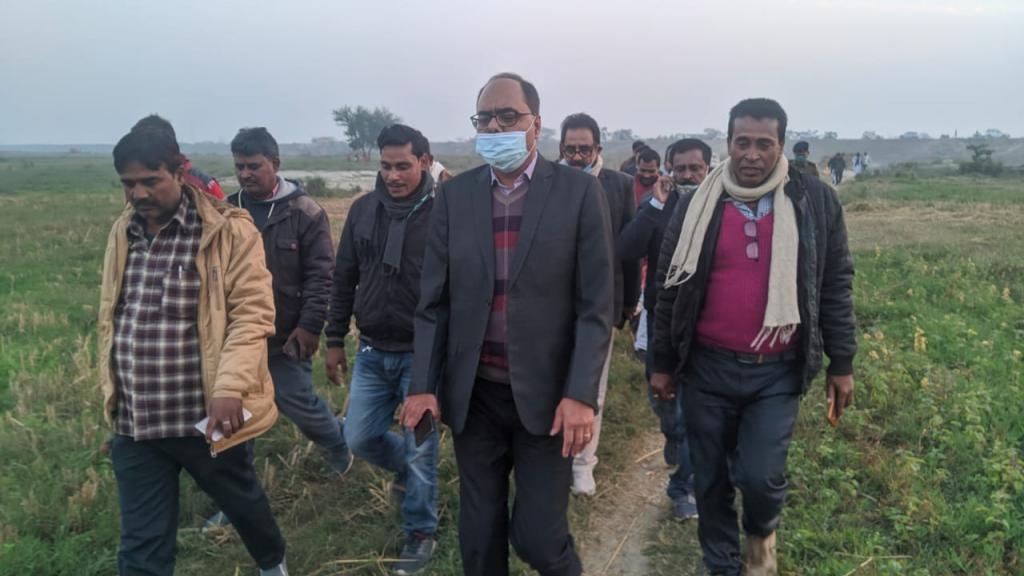 A large section of farmes in Bihar had complained that wheat seeds sowed by them have not germinated even in three weeks.

The farmers from Muzaffarpur, Sitamarhi and Nawada districts said they procured the seeds from Bihar Rajya Beej Nigam, a state government undertaking for seeds.

The state agriculture department has ordered an investigation into the matter as farmers launched protest, demanding compensation for their loss.

“A particular set of seeds was found to have some problems. We have ordered an investigation into the matter,” Muzaffarpur district agriculture officer Chandra Shekhar Singh told Down to Earth.

“I had bought wheat seeds at a subsidised rate from a local dealer and sowed them in 14 kathas (1.7 acres) of land, but they did not germinate even 15 days. I have lost my capital, and the sowing season is also over,” Shivlal Prasad, a farmer from Sakra block in Muzaffarpur, said.

Pankaj Thakur from Bandra block said he bought 20 kilograms of HD-2967 wheat seed variety at subsidised rate to sow; he met with a similar fate.

“Initially I thought it was because of lack of moisture. But when I dug out the soil after 15 days, I found the seeds lying as they were, even at places where the moisture was good,” said Thakur, a marginal farmer.

Rohit Kumar, a farmer in the Aurai block of Muzaffarpur, said he had sowed wheat seeds in one bigha of land. “I spent a huge sum on ploughing and sowing. All of it went in vain. We do not know what went wrong,” Kumar said. 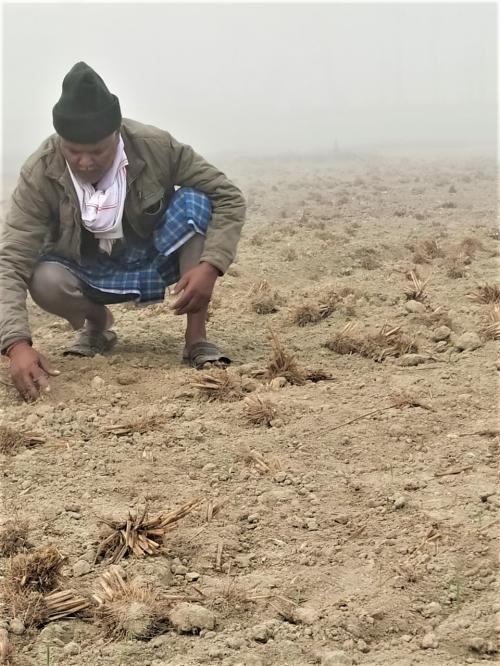 A farmer digs out soil at his field in Muzaffarpur. Photo: CK Manoj

According to Singh, a total of 19,000 quintals of wheat seeds were supplied to farmers from Muzaffarpur district. Of them, at least 204 quintals didn’t sprout, he added.

“A team of experts is investigating if the supplied wheat seeds were substandard or there was some issue of moisture in the fields. Germination gets affected both in case of low and high moisture.”

He claimed he told farmers they would be provided compensation only after the inquiry results came out.

Ram Prakash Sahni, joint director (agriculture), Tirhut range, said action would be taken against erring officials as and when the probe report is out. He added agricultural scientists have been involved in the investigation as well.

Farmers are now ploughing their fields for the second time, but are not sure if they would be able to harvest bumper crops.

The official said farmers were charged only Rs 2 per kg for wheat seeds and Rs 5 per kg for other seeds for home delivery.

Wheat, one of the most important Rabi crops, is sown during November and harvested between March and April. The three districts that lead in the production of wheat (as of 2017-18) are Rohtas (5.18 lakh tonnes), Muzaffarpur (3.36 lakh tonnes) and Sitamarhi (3.21 lakh tonnes), according to Bihar Economic Survey.