Slurry discharged by toilet-linked biogas plants, when used as manure, improved crop yield, its appearance and hence increased its market price by more than double 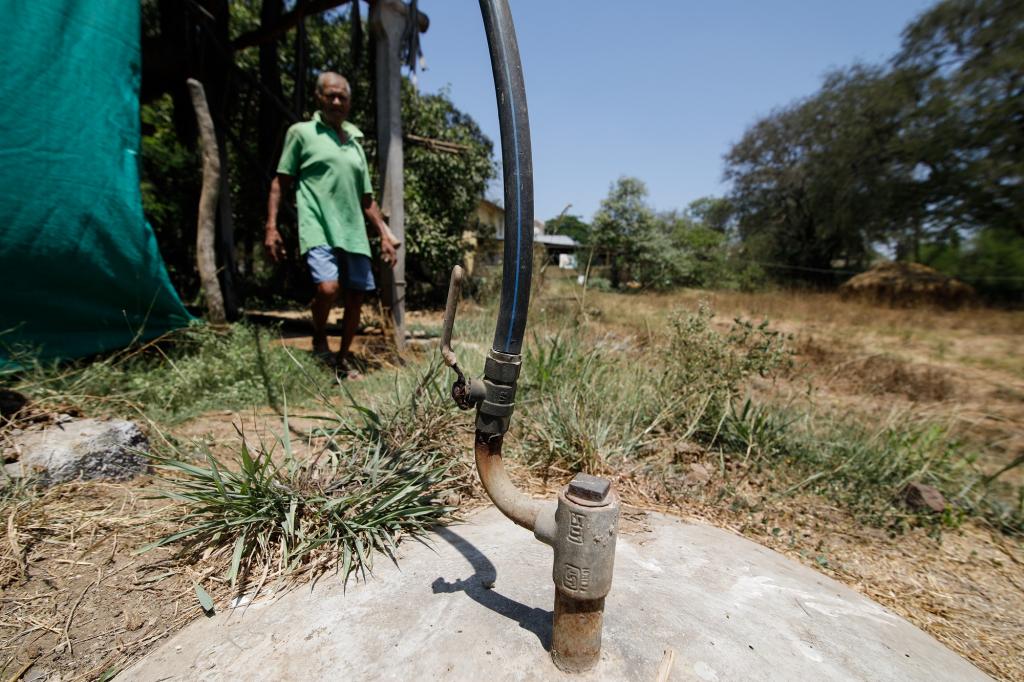 Jayantibhai Patel, a farmer and livestock breeder in Gujarat’s Pathari village, has been getting double the price for his yield in the wholesale market for almost a year now.

While earlier, sapotas (chiku) grown on his 10-bigha farm used to fetch him Rs 150 per 20 kg, he now gets paid Rs 400 for it. So what changed? A year ago, Patel started using nutrient-rich slurry to the crops, instead of fertilisers, he said.

“Our income has gone up since we started using this treated slurry in our fields as both quality and quantity of the produce has increased,” said Patel.

“For some crops we get at least double in the wholesale market. For others, we get at least 10-15 per cent more than what others get. Our expenditure on sulphate and urea has also reduced,” he added.

This happened after FINISH (Financial Inclusion Improves Sanitation and Health) Society, which was already working on toilet-linked biogas plants, found in 2017 that slurry discharged during biogas production improves quality and quantity of yield. The non-profit then encouraged other farmers in Patel’s village and nearby areas of Valsad to use the slurry instead of fertilisers.

Similarly, Suresh Patel, another farmer, now spends 40 per cent on supplies. “Vegetables now look healthy and shiny. The use of slurry as manure is fetching me a higher price for my vegetables. The demand for my produce has also gone up as these are sought after now by traders in the mandi,” he said.

It selected five 100-square-metre agricultural plots. Then, tested crops treated with biogas slurry and compared them with those where either fertiliser (in recommended doses) was applied or nothing was used.

For instance: In one of the plots, yield of wheat treated with slurry was 75.2 per cent higher than plots with no fertilisers and those where nothing was applied.

The farmers said the physical appearance of the crop with slurry was much better, said the farmers. Also, yields of vegetables like cabbage, cauliflower, fenugreek, onion, spinach and carrot were considerably more, they added.

Samples were analysed in the NABL accredited laboratory, Surat, Gujarat and the Navasari Agricultural University of the Government of India, Gujarat.