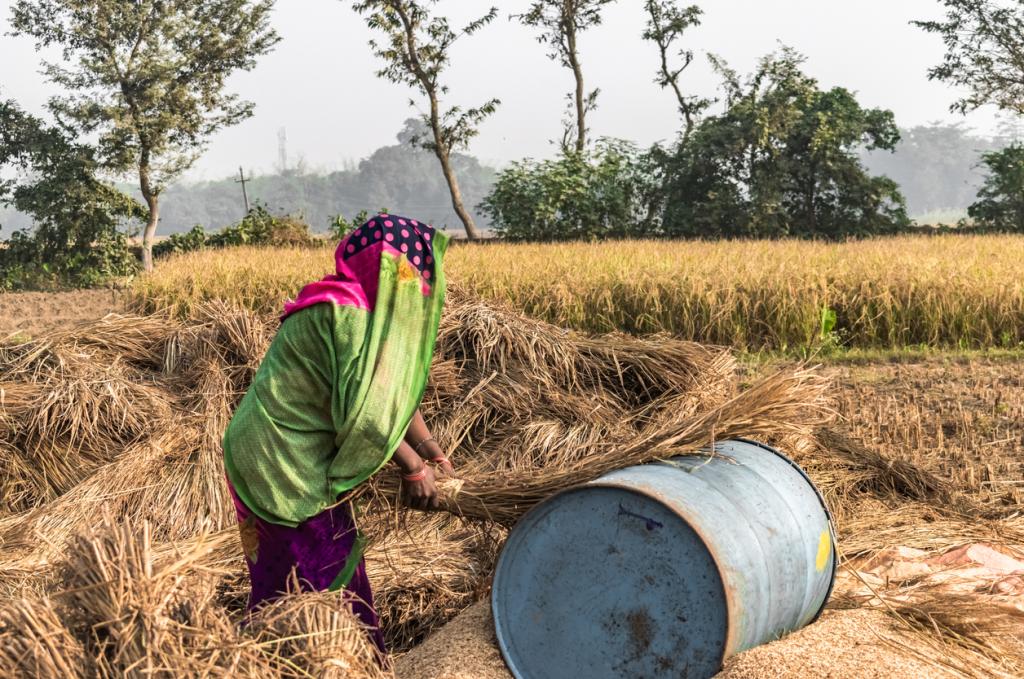 Farrmers in the 11 South Bihar districts that were declared drought-hit by the state are disgruntled with the Rs 3,500 government compensation announced for each family. The amount is insufficient to cover the losses they have incurred due to extensive crop loss during the dry monsoon months.

The investment each farmer has to make for production has increased in recent years and as such, the compensation is insignificant to protect us against losses amid this crisis, said MK Nirala of Dobhi block in South Bihar’s Gaya district, who added that his family largely survives on farming. “We buy a bag of diammonium phosphate fertiliser for Rs 1,800.”

The drought manual published by the Union agriculture ministry in 2016 mandates that states farmers pay a compensation of Rs 6,800 for each hectare of crop damage, if crop damage across the state is more than 33 per cent, said Mahendra Yadav, who was vigilant in the fight for relief of the 2008 Kosi flood victims in the state. “This compensation rate was decided for 2015-2020. This should have increased seeing the economic crisis induced by the COVID-19 pandemic and the growing inflation.”

But that did not happen and the same rate for disaster relief continued despite the economic crisis aggravating for the most disadvantaged sections, he added. “However, the compensation announced now falls short even according to the manual.”

The farmers also raised concern over lack of planning at the state government’s level. “What Bihar government’s planning and welfare measures under such situations usually lack is efficient planning and they tend to lose touch with the ground reality. They will provide a farmer diesel subsidy but not provide water supply to run tubewell,” Nirala said.

The scale of paddy cultivation across Bihar’s 17 districts was less than 10 per cent of the normal volume, ground volunteers and farmers had told DTE on August 1. The districts included Jamui, Munger, Sheikhpura, Aurangabad, Bhojpur, Buxar, Jahanabad, Kaimur, Gaya, Nalanda and Saran.

The compensation announced by the state is not just paltry but also quite late, the farmers  complained. Tikam Singh, a farmer from Barandi village in Gaya, said:

We have been at the receiving end of crop loss and drought-like conditions since June. The scale of damage was huge and whatever little paddy we had cultivated got damaged in the recent heavy rains. Why did the Nitish Kumar government wake up to our plight only when everything was over for us?

The government apathy towards the distress of the farmers during COVID-19 also has dented their confidence in the state, he added.

The farmers in the rest of the state are also wondering why the relief amount is restricted only to South Bihar when the entire state is affected, said Rameshwar Prasad, a farmer from Dhoomnagar village in North Bihar’s West Champaran.

“In North Bihar, twe had to irrigate the cropland thrice artificially to make any cultivation possible. It took us a lot of investment,” he added, outraged.

The disaster management department of Bihar will conduct a survey of the villages and finalise a plan and timeline for the relief amount to be provided to the beneficiaries via cash transfer, an official of the department told Down To Earth (DTE).

“Following the survey, we will verify their Aadhar card of the identified beneficiaries and make the fund transfer to their bank accounts,” the source added.

There was no indication from the officials of the department that the compensation amount will be increased in the coming days.