The booting out of incumbent governments in three heartland states after the just-concluded elections to state assemblies further stresses the deep distress in rural India, which Down To Earth has been stressing for some time now.

Among the outgoing chief ministers, Vasundhare Raje was tipped to lose Rajasthan, according to media reports. Her counterparts in Madhya Pradesh and Chhattisgarh, however, enjoyed a more positive, “development”-oriented image.

While Shivraj Singh Chauhan had earned the sobriquet of ‘mama’ (mother’s brother) in MP, thanks to his women-centric schemes, Raman Singh was Chhattisgarh’s ‘chaul wale baba’—the rice-giver to the poor. Yet they lost.

Three straight terms as CM is no mean thing to achieve, undoubtedly, and a section of politics watchers are writing down the defeats to anti-incumbency. But no careful study of the results will be complete without taking into account the agrarian crisis that has been building up across India.

Consider the results: While it was rout for Singh, Chouhan gave a dogged fight. But that was possible only because the Bharatiya Janata Party could manage to win 89 per cent of the state’s non-agricultural area. In agricultural areas, its strike rate dropped to 36 per cent.

Significantly, Chouhan has been widely praised for leading the state to several agri-achievements, including stepping up the production of rice. Clearly, voters who depend on agriculture did not think so. 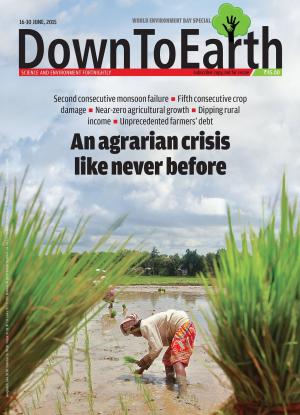 But this should not come as a surprise. The Narendra Modi government assumed power at the Centre on a backdrop of a gloomy economic scenario. Ever since reasons to worry have only increased, be it because of natural phenomena (drought, extreme rainfall) or policies (demonetisation). The markers to the making of a crisis were already there as our coverage shows.

A year into the Modi government’s tenure, DTE’s cover signed a warning note on ‘an agrarian crisis like never before’: “The government… must remember the situation demands no short-term solutions”. The issue pointed out how “freak” weather events like hailstorms and unseasonal rains were becoming the norm.

Economist CP Chandrasekhar pointed out that “the crisis has been there for long”. At the same time, more than erratic weather, farmers found the government’s relief and compensation mechanism stifling. The crisis had already reached a tipping point: Declining rural wages and rising farm debt made the rural economy unsustainable, while the government policy to procure less and limit support price aggravated the crisis.

“Unfortunately, our recommendation, although collated as a national policy for farmers and placed in Parliament, remains yet to be implemented,” agricultural scientist MS Swaminathan, who headed the National Commission on Farmers then, told DTE. 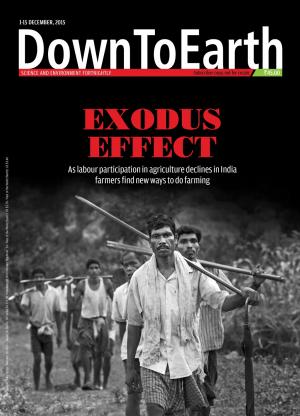 That was June 2015. Before the year turned, another cover showed how the crisis was manifesting itself: ‘Exodus Effect’. “The labour shortage is impacting the country’s five staple crops: rice, wheat, sugarcane, groundnut and cotton,” we wrote.

The share of farm sector in rural employment dropped from 71 per cent to 64 per cent between 2004 and 2014. The shortage affected crops in 97 million hectares. 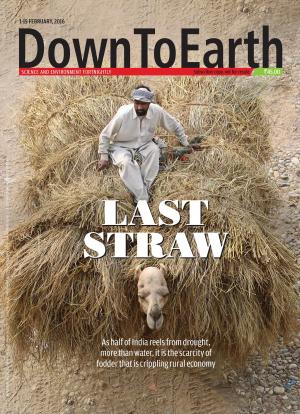 The situation got grimmer and in February 2016 we told the story of how “as half of India reels from drought, more than water, it is the scarcity of fodder that is crippling rural economy”. India faced a 63.5 per cent shortage of green fodder, pushing drought-hit states towards panic. Notably, the shortage was due to government apathy. As farmers ditched fodder crops for cash crops and pulses that get government support, there has hardly been any lack of innovation. 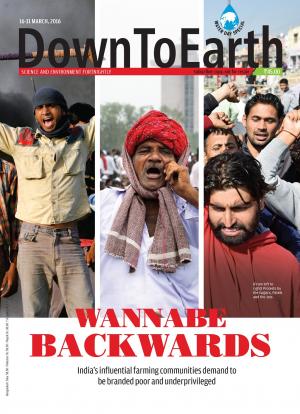 The focus shifted a month later on the unbundling of the rural economy manifested in the weird way of influential farming communities seeking to be classified as ‘backward’. We featured 10 such communities from 15 states like the Kapus in Andhra Pradesh and Telangana; the Patels in Gujarat; the Lingayats in Karnataka; the Marathas in Maharashtra, etc. 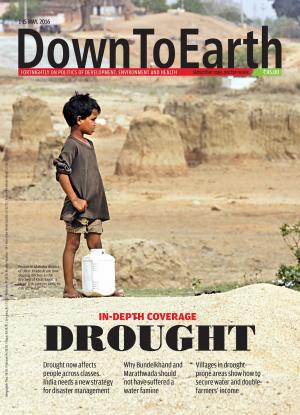 By May 2016, the drought situation had worsened to merit an in-depth coverage on its causes—DTE’s 12th cover on drought in 24 years. “This drought is of richer and water-guzzling India. It makes or a crisis that is more severe and calls for solutions that are more complex,” wrote Editor Sunita Narain.

Case in point: Almost 90 per cent of the water available for irrigation in Latur district in Maharashtra was being used for sugarcane cultivation. More than 60 per cent villages in that state suffered a drought that year. Lopsided priorities were exemplified in how Rs 15,000 crore was spent on building new harvesting structures in Bundelkhand, instead of being used to revive traditional water bodies and ponds.

The drought—‘a cumulative outcome of decades of policy sin’— proved to be the worst drought in the country’s recorded history. 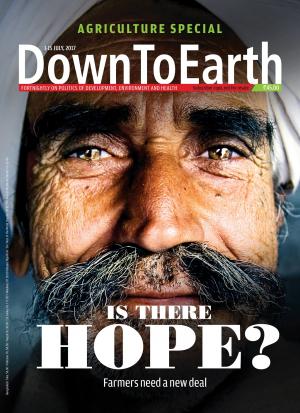 The situation remained doggedly hopeless and our first issue of July 2017—an ‘agriculture special’—told the story of why farmers now fear a normal monsoon, which was not enough to sustain productivity. We carried a map of the distress found farmers in 12 states staged protests at some point or the other within a year, seeking a better deal.

While an agricultural household made Rs 6,426 per month on an average, it carried a debt of about Rs 47,000—more than seven months’ income. In some cases, especially in the southern states, the ratio was even worse: For Andhra, the debt amount was Rs 1.23 lakh against an income of Rs 5,979. 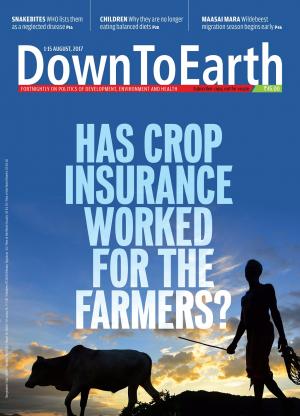 Even when the government projected any action to rev up the sector, it was hardly enough: ‘Has crop insurance worked for the farmers?’ asked our cover in August as farmers across India suffered heavy losses when the monsoon turned out to be a non-starter. 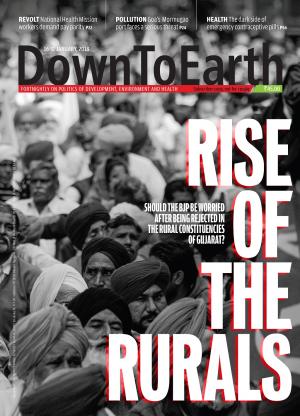 By January this year, the wheel had come full circle: the ruling BJP was almost on the verge of losing power in Gujarat—PM Modi’s home state—as resentment brewed among rural communities. The party’s fate in elections to the assemblies of Karnataka, MP and Rajasthan were under question.

The questions have been answered now. In between, farmers from around the country have repeatedly taken out protests, marching even on the streets of capital Delhi. Are those in the power corridors listening.