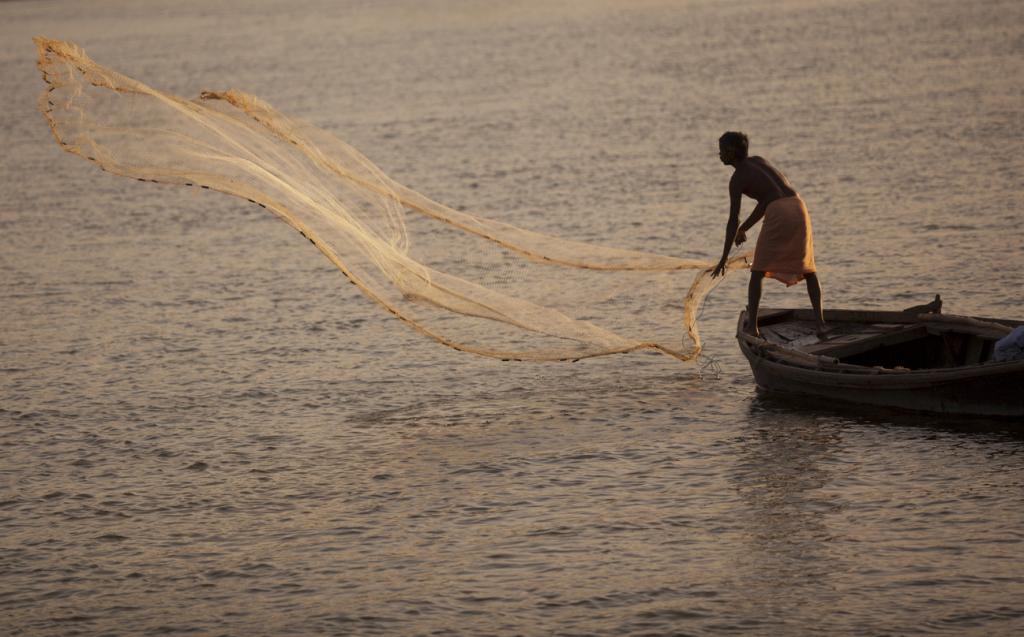 Removal of subsidies for fisheries across the world will put small Indian fishers at a greater disadvantage than the present situation, where they are forced into an unfair competition with bigger players within and outside the country, according to experts.

The fear surfaced as negotiations during the 12th Ministerial Conference (MC12) of the World Trade Organisation (WTO) in Geneva hinted at such an outcome.

Fisheries subsidies and the Special and Differential Treatment (S&DT) Act are on the agenda of the conference that will conclude on June 16, 2022.

“The member of WTO wants to do away with the subsidies to make the trade freer for fishers across the planet but all the countries and their fishers are not at the same level,” said Pradip Chatterjee, convener of the National Platform for Small Scale Fisheries (NPSSF).

The major players, particularly the developed countries, pursuing industrial and commercial fishing have looted the oceans with large capacity equipment and over-fishing. The small fishers have suffered as they cannot compete with such giants.

It is the large-capacity fishers who are extracting marine resources at unprecedented levels, resulting in a faster rate of depletion of fish than replenishing them, said Chatterjee. “The trawlers, purse seines, gill netters and mechanised fishing boats are responsible for the environmental damages and not the small non-mechanised motorboats.”

The small fishers should be protected at all costs from such threats, he said. But representatives of the community claimed the Indian government is doing very little to protect the vulnerable.

“The Indian government in its Indian Fisheries Bill, 2021 has defined small and large fishermen alike. It is portrayed in the bill as if the entire country’s fisher population comprises small fishers. Which does not hold true,” he added.

The representative told Down To Earth:

Such a move will help large fishers in India access subsidies meant for the poor and vulnerable fishers. The large fishers will loot the major chunk of the marine resources, leaving little for the poor, and enjoy the benefits of the subsidies.

NPSSF has written to the Union Ministry of Commerce before MC12 began, urging the Centre to safeguard the interests of the small fishers.

“NPSSFW strongly holds that subsidies provided to the Small Scale Fisheries (SSF) are instrumental to protecting sustainable fishing, large employment, equitable distribution of income, food security and nutritional status of our society,” the organisation said in the letter.

With more than half the workforce being women, the small-scale fisheries sector has also to be supported for gender balance in employment, it added. “As such the provision of subsidies for SSF is non-negotiable.”

“We want the government to protect us from getting the subsidies removed but also, ensure that the interests of small fishers are protected in domestic waters,” Chatterjee added.

The National Fishworkers Forum, which represents nine coastal states and 15 trade unions, organised a Macchimar Sangharsh Yatra (Fishermen struggle march) on June 16 to highlight how the small fishers are getting affected.

“We are already getting displaced from the coastal areas as they are being eroded for port expansion and other development works, forcing us into deep waters,” said Olencio Simoes, general-secretary of the forum.

This is in addition to the hardships due to climate change, which is reducing fish catch and affecting the income, he added. “Moreover, the government is encouraging artificial fishing such as aquaculture and mariculture, which harm the wild capture fishers as they are deprived from the subsidies.”

The yatra started from Kerala and has reached Goa to create awareness among fisherfolk about the cause and encourage participation.

We are also drafting a coastal rights bill to protect the fishing community to table their right to fish, livelihood and land which will soon be submitted to the concerned departments of the government, Simoes said.