Telangana pushing for organic farming, but focus is now on giving respite to farmers 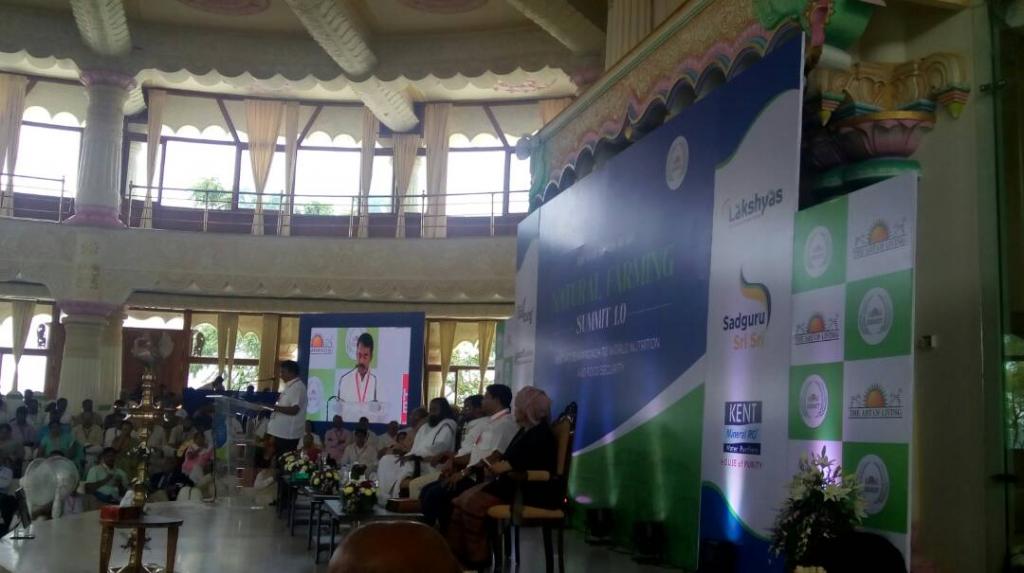 Listing out the government programmes that are aimed at helping drought-hit farmers, Rao said that besides loan waiver programme, the government has revived 45,000 minor irrigation tanks in the last three years. The government, according to him, offers subsidy of Rs 4,500 per acre to each farmer. It is utilising MNREGA to provide support to farmers.

The state government, according to him, has decided to promote organic farming by providing training to farmers and making agricultural inputs available to them.

Meanwhile, construction of warehouses is on the government’s agenda so that farmers don’t resort to distress selling and get remunerative price for their produce.

"While our goal is to transform Telangana into a organic farming state, the task will be difficult without taking organic farming to rural areas and without involving people from all walks of life,” he concluded.

Sri Sri Ravishankar, founder of the Art of Living Foundation, says, "What's important is reaffirming faith in the minds of people about the importance of organic farming. There are examples of how farmers have done very well and earned enough money by going the natural way. We need to go to the field and disseminate this information to the farmers who are hesitant in switching to natural farming.”

Talking about the drop in pulse production, he says, "India needs to sow more pulses in its land. We focus on wheat and rice but forget lentils. Why should we import proteins from other countries when we can be self-sufficient?”