Global food system issues can be traced to colonial history. It's time food production became more sustainable so that it meets the needs of people - equally 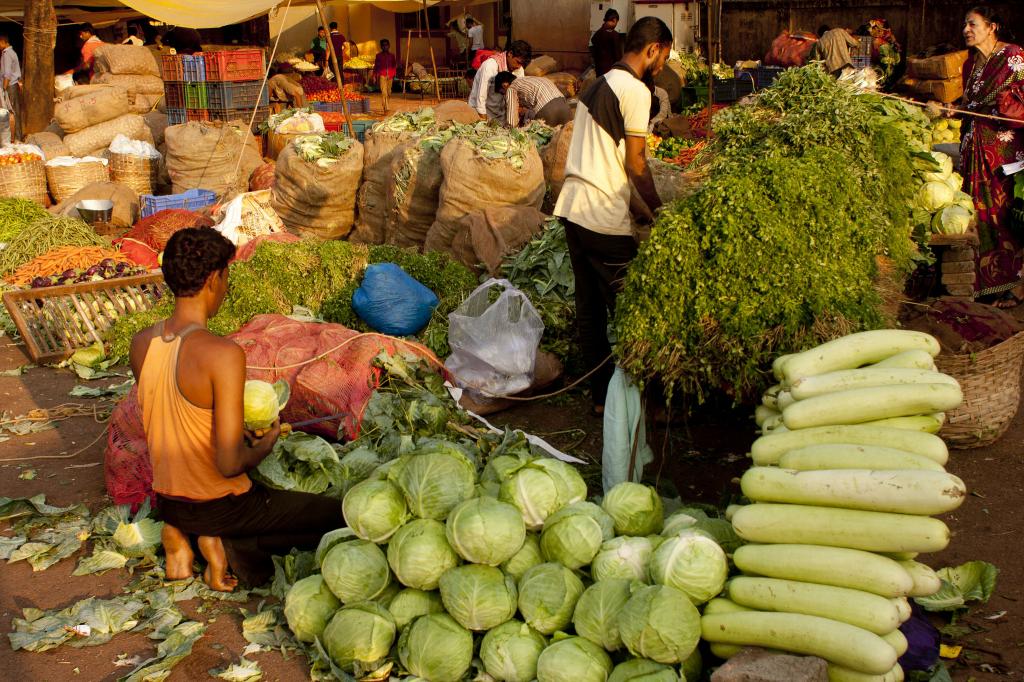 Patterns in the way that food is distributed around the world follow colonial-industrial trends from the past (Credit: Dennis Yang/Flickr)

Ramen noodles in Sweden, wheat bread in Tanzania and Chilean wines in China. The cross-Atlantic transit of the potato and the tomato from the Andes to Europe, and back again as French fries and pasta sauce. We think of the world as globalised and sophisticated in its food tastes, and our palettes as curious and ever-expanding. Food spreads cultural acceptance and understanding.

But the spread of food also exposes a darker underlying history of globalisation and industrialisation. Patterns in the way that food is distributed around the world follow colonial-industrial trends from the past. And while global trade has helped lift many out of poverty, it has not done so evenly. It has kept a colonialist imprint on the planet in a different way: with differentiated access to nutritious food and the rise of obesity and other food-related health problems.

Beyond adding unusual grains or fancy foods to their palettes, wealthy shoppers might have their pick of green beans imported from Kenya to the UK, or beef and grains grown in Uruguay by US farmers.

Meanwhile, eaters in developing countries are more likely to eat “exotic” foods like white bread, maize or rice. These are less nutritious because of the way in which they are processed. In addition, exotic food crops tend to require unsustainable farming practices, like using more water in places where it’s already a scarce resource.

To escape these patterns, a new way of engaging with the complexity of food systems is needed. We need to adopt an approach that recognises that challenges are systemic and that they can’t be solved with silver bullet solutions.

A more systemic approach could help shift the global food system because it recognises that food production must become more environmentally sustainable and must be designed in a way that meets the needs of the world’s people in an equitable and just manner.

Understanding the food system as a complex system with interlinking social and ecological aspects is an important step that resilience thinking brings to the table of food system governance.

Like many problems in the global South, the global food system issues can be traced back to a colonial history. Back in 1989 two sociologists, Harriet Friedmann and Philip McMichael, developed a useful concept in their work on agrarian studies: global food regimes. They described two key periods where the structure of the global food system enabled the uptake of Western-style capitalism and consumerism. The diasporic-colonial food regime of 1870–1914 and the mercantile-industrial food regime of 1947–1973. Friedmann went on to describe a potential third regime that we might find ourselves in now: the corporate-environmental regime.

The first food regime is defined by food imports to Europe from the colonies. That would include basic grains and livestock from the settler colonies, most notably to Australia, Canada, and the US, and tropical imports from the rest of the occupied colonies.

The second food regime rerouted food from the US “to its informal empire of postcolonial states on strategic perimeters of the Cold War”. It was framed as a development project that had a suite of interventions like food aid, green revolution technologies, and chemical fertilisers and pesticides, and the extension of international markets into the countryside.

At the same time, a division of agricultural labour evolved at the international scale: cheap labour in the former colonies facilitated the flow of commodities across national borders, from poorer to richer countries.

The third regime, corporate-environmental, follows globally powerful food retailers and agro-food companies. They have selectively adopted the language and goals of environmental and social movements. Food chains promote their organic food aisles, separate from their regular and usually more affordable foodstuffs. This new regime is arguably a response to the environmental critique of industrial agriculture. But it’s often removed from the context in which these products are produced.

In the last decades of the previous century the green revolution and industrial agriculture simplified agricultural methods to increase the yields of staple crops. This was often done in the name of famine prevention. At the same time it marginalised rural communities and eroded agricultural biodiversity, soil fertility and indigenous knowledge.

Recent social movement responses to these processes have been wide ranging as well. The nearly 30-year-old Slow Food movement set out to prevent the disappearance of local food cultures and traditions, and to combat people’s dwindling interest in the food they eat, where it comes from, and how food choices affect the world around us. La Via Campesina is an international movement that brings together many poor people with farm workers to defend small scale sustainable agriculture to promote social justice and dignity.

But Friedman observes that the shift to a different kind of green revolution has been preempted by companies that reorganise supply chains to meet the needs of rich and poor consumers differently. The result is, if you can afford healthy, sustainable food, then you will go to an upscale organic grocery store, but if price is your main consideration, then you are heading to a budget grocery chain stocked with prepared packaged foods.

The moral of this story is that developing countries continue to be used to further the economic, environmental, and physical well-being of developed nations.

This is not to say that trade or even globalisation are bad: they have significantly contributed to reducing poverty and increasing overall human well-being. But the way in which trade regulations and globalisation currently play out is detrimental. It’s bad for the people in the global South, who often get a raw deal for their produce, but also bad for the planet. The world simply can’t sustain 9 billion American-style consumers or the continued expansion of modern industrialised agriculture.

Formal recognition of how much developing countries contribute to developed economies is needed. This assessment will be an important component in working to meet the Sustainable Development Goals, relating specifically to goal 12: sustainable consumption and production.

Once again, the colonised might have to provide for the former colonisers, but this time, I hope their products will be solutions and not raw materials.

Somewhere in between must be a marriage of genetic diversity, old and new practices, and yes, the ability to eat teff or any other once local food anywhere. But at the same time, not taking for granted the diversity available on the local grocery store’s shelves.