It is early morning. Mongla Sisa and a group of farmers sing their way up a wild hillock of Bonda ghati in Malkangiri district of Odisha. Equipped with sickles, spades and sticks, they practice a unique form of shifting cultivation on the slopes that grows over 20 crop varieties while preserving the rich biodiversity. The Malkangiri hills support over 450 plant species and 34 medicinal herb varieties.

For these farmers from the Bonda community, which is one of the 75 classified particularly vulnerable tribal groups (PVTG) in the country, the farm practice they call dangar chas (highland cultivation) has for generations ensured food security.

Mongla is one among the 0.13 million people in the tribe, as per the 2018 estimates by the Odisha PVTG Empowerment and Livelihoods Improvement Programme (Opelip). It is jointly run by the state government and the International Fund for Agriculture Development.

The tribe is settled in a cluster of 29 revenue villages in the Bonda hills in the Eastern Ghats, close to 1,000 metres above sea level. Mongla’s village, Bandhaguda, is flanked by six-seven hillocks, locally called dangar. They are climbing Aurkonda dangar, which is about a kilometre from his home. On the way, they make several stops to dig up wild plants and roots. “These are nutritious and we cook them,” says Mongla. 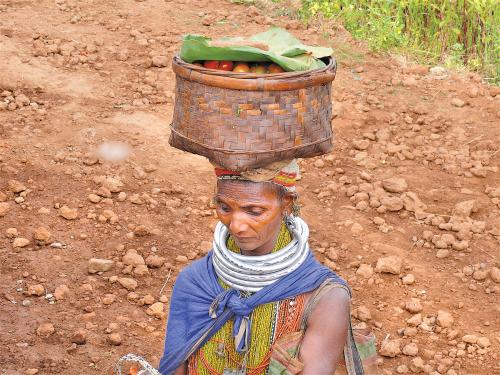 He says cultivation starts shortly after the first spell of monsoon rains in early May. The first round of crops is harvested between November and January. “We begin with Buhi Parabor, a ritual where prayers are offered to Mother Earth and our ancestors whose life has animated the landscape.” Farming is done in small patches they call podu, which is created by cutting and burning down its weeds and under growths.

After cultivation, the patches are left fallow for over three years to allow natural regeneration of tree cover and bushes. The fallow cycle ensures that the patches are in different stages of natural vegetation, which supports several kinds of flora to bloom, says Sadanand Pradhan of Vikash, a non-profit that implements Opelip in Bonda villages. The tribe prepares the seedbeds by mixing ash, residues and stubble of vegetation. This, Mongla says, enriches the soil and traps its moisture content.

“We do not plough the land as it tears through the bosom of Mother Earth. It would also loosen the soil and increase erosion in the hills. Instead, we gently dig up the soil to distribute the seeds,” says farmer Sukra Kirsani.

He adds that various types of local paddy, or dangar dhaan, are sowed along with native millets and oilseeds in the demarcated seedbeds. Farmer Lachmi Sisa says she covers the soil with decayed remains of plants and leaves to add nutrients naturally. 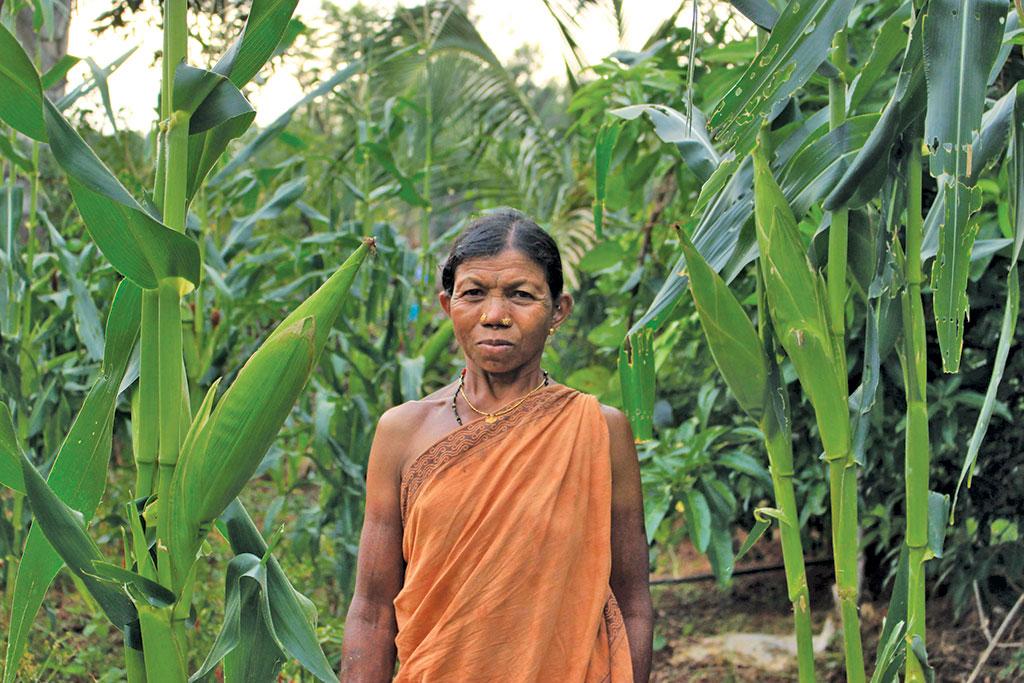 A Bonda woman at her maize field. Photo: Rita Willaert

A United Nations Framework Convention on Climate Change briefing report in 2009 says shifting cultivation like dangar chas supplements nutrition to the food baskets of indigenous communities across the world without jeopardising the climate or causing forest loss.

“Communities that practice such agriculture also nurture the plant species found in forest areas, which harbour a mosaic of habitats, attracting local fauna as varieties of birds, insects, butterflies, small mammals among others,” says Sophie Grig, a researcher on indigenous communities with non-profit Survival International.

The benefits of the community’s coexistence with nature are clearly visible. The temperature in May reaches 35 degree Celsius in Bonda villages, while the remaining villages in Malkangiri district experience a peak temperature of 42°C. “Monsoonal rains commence in the hills from May and continue till September-end to October,” says Prasanna Kumar Pradhan of Vikash.

He adds that the climate gives more predictability and freedom to sow and harvest the desired crops and vegetables. Climate expert Pravat C Sutar says the favourable climate is due to dangar chas, which does not generate methane, a major greenhouse gas with nearly 20 times more potency for global warming than carbon dioxide. 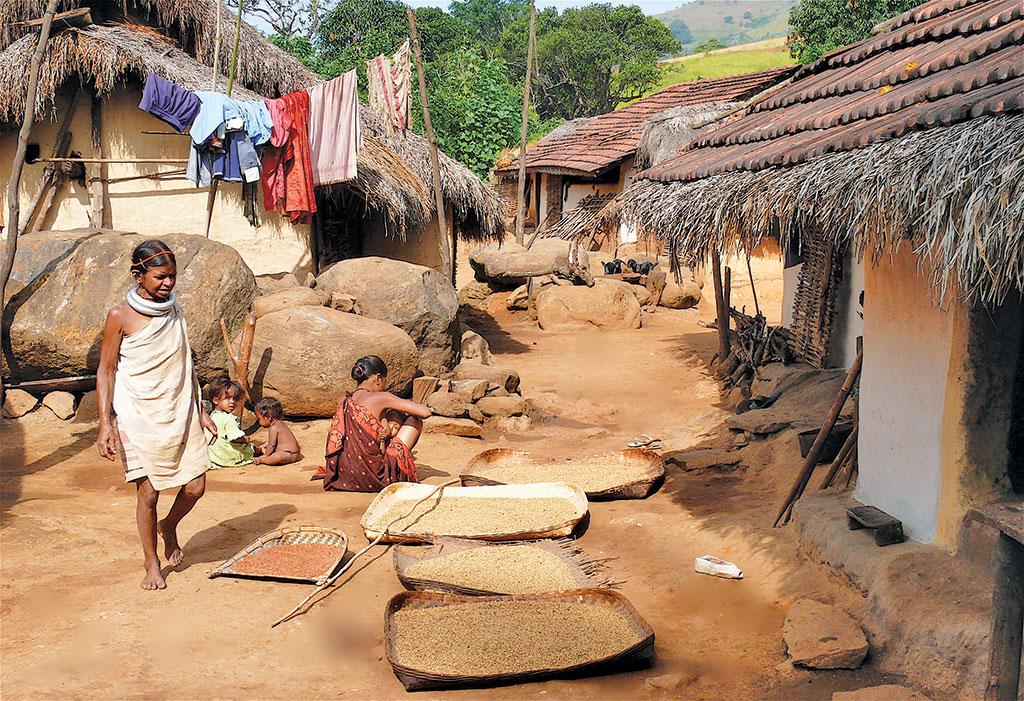 “Flat, inundated croplands, especially rice fields, produce methane because the soil has stagnant water at the surface for the major part of the crop-growing season,” he says.

Highland fields, where millet is predominantly cultivated, do not get flooded nor do their topsoil become water saturated at any significant period of time. Hence methane is not generated, he adds.

The farming style also creates carbon sinks through the young and growing forests it sustains, says a March 2012 study published in APN Science Bulletin. Thus, carbon emissions during the burning of vegetation in the initial part of the process are easily offset through carbon sequestration during fallow regrowth, the study adds.

While dangar chas has been able to withstand climate change, it is facing a threat from the rapidly growing Bonda population, warns Badal Dhangra Manjhi, a young tribe member who is pursuing his masters on tribal studies from Bhubaneswar-based Kalinga Institute of Social Sciences. He says the impact is already visible.

“Earlier, cultivated podu patches would be left fallow for four to five years. Now, it has been reduced to two-three years to accommodate more cropping seasons.”

He blames a growing population for the recent trend where the youth migrate outside the village for additional sources of income, a practice frowned upon by Mongla and other elders in the community. “As long as we take care of our Earth, protect her hills and forests, she will fulfill all our needs,” Mongla says.