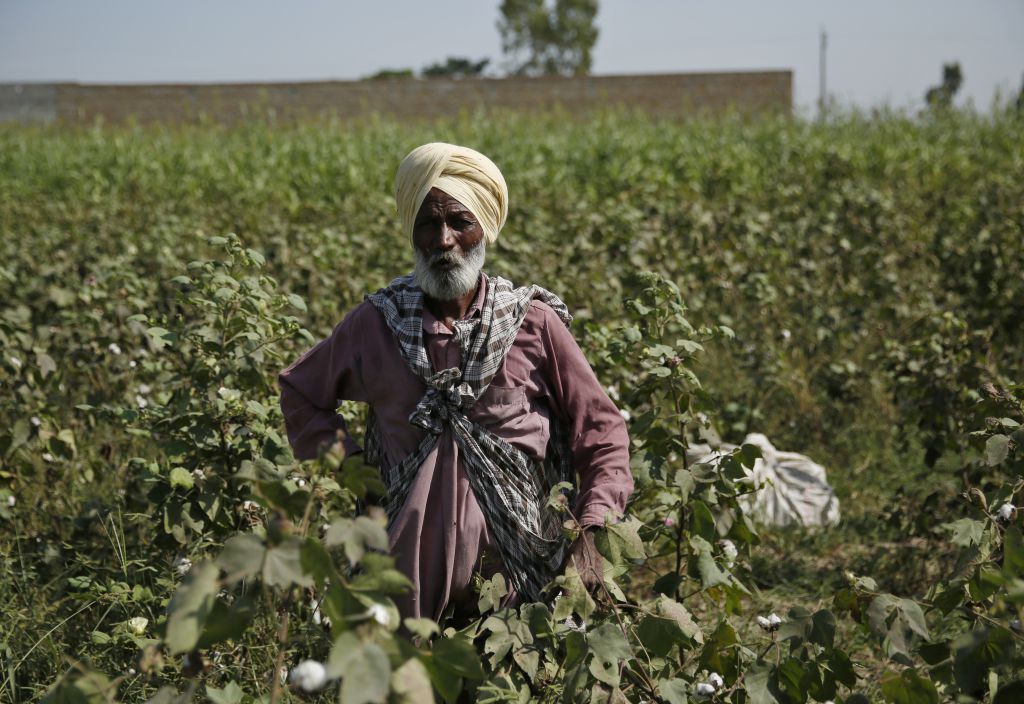 Commotion, not the chair, ruled Rajya Sabha September 20, 2020 — as the upper House sat on a Sunday to pass two controversial agriculture-related Bills. Even as Opposition members tried in vain to air their grievances against them, farmers continued their protests on the streets.

The Narendra Modi government has already drawn considerable flak for the Farmers’ and Produce Trade and Commerce (Promotion and Facilitation) Bill and the Farmers (Empowerment and Protection) Agreement on Price Assurance and Farm Services Bill.

Harsimrat Kaur Badal of the Shiromani Akali Dal even resigned from his Cabinet as food processing minister) over the legislations that have drawn the ire of agriculturists and activists across the country.

Sunday’s session was scheduled for up to 1 pm , but Opposition members sought an extension. Instead, Agriculture and Farmers' Welfare Minister Narendra Singh Tomar started his reply to the debate.

This triggered the commotion: Derek O’ Brien of Trinamool Congress waived the House rule book at Deputy Chairperson Harivansh Narayan Singh. Many rushed into the well and tugged at the Chair’s microphone.

“There were more marshalls than members per square feet,” one observer noted. Much of the goings-on were muted on Rajya Sabha TV during the commotion. A physical voting was denied.

O’Brien later alleged that all this was done as the Treasury Benches did not have the numbers to get the Bills passed.

Eventually the Bills, which would regularise Ordinances — brought in during the lockdown to curb the novel coronavirus pandemic — and affect the fate of millions of farmers were passed by voice vote. The Lok Sabha had already passed them.

The ruling Bharatiya Janata Party, however, with the help of the likes of the Biju Janata Dal, the All-India Anna DMK and YSR Congress.

O’ Brien tore into the Treasury Benches on Sunday: “The PM said the Opposition is trying to mislead the farmers. You promised to double farmers’ income by 2020. At current rates, it won’t happen before 2028. Your credibility is low to make promises. In Bengal, farmers’ income has doubled from Rs 90,000.”

He refuted the government side’s efforts to narrow the debate down to minimum support prices (MSP) and said the opposition was to all aspects of the Bills — the states’ role, MSP, public distribution system, public procurement, etc.

States would not be able to protect farmers’ interests, the member from West Bengal said and sought the Bills to be sent to a select committee.

Partap Singh Bajwa, who once headed the Congress in Punjab, called the Bills “ill-conceived” and a “death warrant for farmers”. Agriculture was a state subject, he reminded and said: “I am unable to understand why is there a need to bring this Bill at a time when the country is fighting a pandemic as well as a neighbour along the Line of Actual Control? Why can’t you start this from Gujarat first? If it is a success, others will follow.”

Janata Dal (United)’s Ramchandra Prasad Singh said productivity and procurement of paddy and wheat have increased in Bihar after agricultural produce market committees were abolished in 2006.

But his counterpart from RJD, Manoj Jha, said the bills would be the obituary of the Indian farmer.

The same day, farmers in Haryana gathered under the banner of Bharatiya Kisan Union. They burnt copies of the Bills and blocked roads and highways across the state.