‘Spraying pesticides and fertilisers will help industries the most‘ 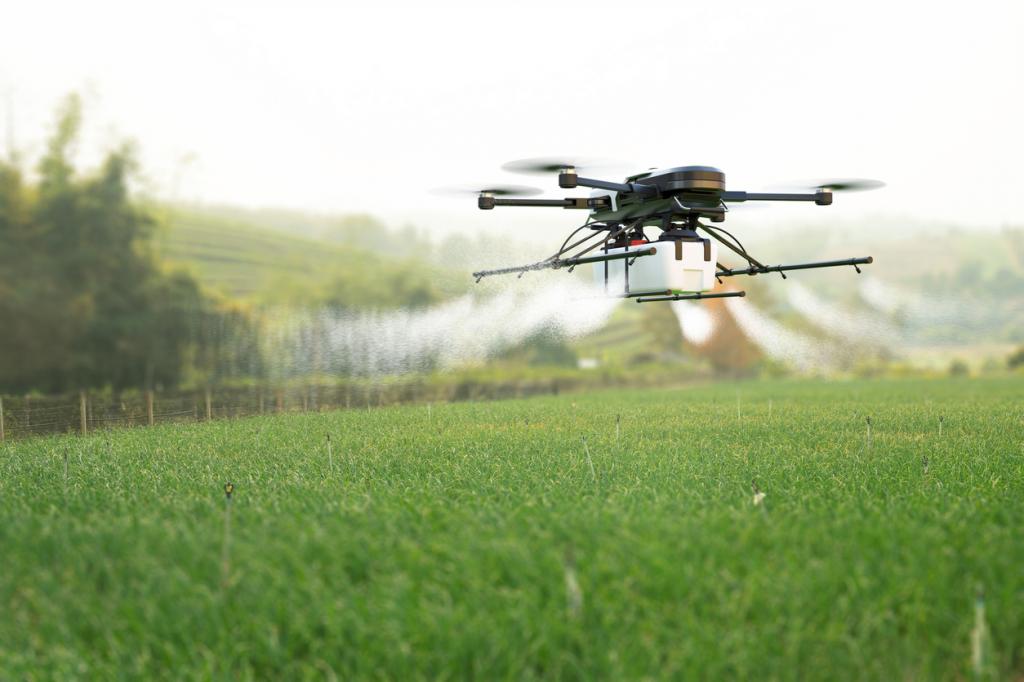 Experts are sceptical about the plan and questioned what it has for the farmers. “Will it increase the farmers’ income? That’s the question nobody wants to answer,” Devinder Sharma, agriculture and food policy analyst, told Down To Earth.

Drones are not a crying need of the sector, said Nachiket Udupa, who is associated with the Mazdoor Kisan Shakti Sangathan and the Alliance for Sustainable and Holistic Agriculture. “There are bigger problems plaguing the sector that need urgent attention.”

For instance, the government set 2022 as a target for doubling farmers’ income. But there is no indication on whether it can be accomplished by this year, said Sharma.

Read more: Union Budget 2022-23: No mention of doubling farmers’ income in Sitharaman’s speech . What you need to know

He added that spraying pesticides and fertilisers might help but will benefit industries the most.

In 2021, the Union Ministry of Agriculture and Farmers Welfare brought out a standard operating procedure for spraying pesticides and nutrients through drones. The document provides instructions on the effective and safe use of these flying robots.

The idea behind using drones could be to reduce human exposure to poisonous chemicals, the experts said. But considering India’s huge employment crisis, it might not be a wise move, they added.

One way to make it safe for farmers is to use less harmful chemicals and organic pest management methods. That would be a better way than replacing humans with machines to do dangerous work.

Crop assessment using drones will help crop insurance companies and big farmers, according to Udupa. “The move is for the big players in the industry and not small and marginal farmers.”

The Centre had earlier envisioned using drones to digitise land records. These flying objects will survey the land, the government proposed, and officials can use the data to match with recorded information, according to the plan.

This technology, however, will not help solve property disputes, Udupa highlighted. “Instead, they will recreate the problem in the digital world.”

The digitised data could be used to build Agristak, a collection of technology-based interventions in agriculture proposed by the Centre, Udupa said.

Relying on this application, however, the government runs the risk of excluding women (if the land is in the name of the male head of the household), tenant farmers, sharecroppers and agricultural labourers from schemes.

Digitisation could also lead to privacy issues. “There is no data protection law as of now,” Udupa pointed out. The Personal Data Protection Bill, 2019, was tabled in Parliament December 16, 2021.

The centre has set aside Rs 60 crore for digital agriculture. At this point, it is not clear if ‘Kisan Drones’ will receive a share of it.

The government has also not clearly outlined how it plans to promote the drones, experts contested. “One does not know if the government is going to be spending money or not,” Nachiket said, adding that the government needs to provide more details.

The idea is not to ignore these technologies but use them in a manner that benefits farmers, Udupa said.

The finance minister also said the government would promote start-ups through its ‘Drone Shakti’ initiative. It will facilitate the use of drones as a service.

In May 2021, during the disastrous second wave of the COVID-19 pandemic, health experts dabbled with the idea of using drones to deliver vaccines to remote regions.

Select Industrial Training Institutes (ITI) in all states would provide the required skills in this area, Sitaraman added.

The government will support these industries in building domestic capacities as well as promoting research and development. This initiative would bring academia, industry and public institutions together, experts said.

These industries have immense potential to assist sustainable development at scale and modernise the country. They provide employment opportunities for youth, and make Indian industry more efficient and competitive.

She also announced that the government will introduce a public-private partnership scheme to deliver digital and high-tech services to farmers. The initiative will involve public sector research and extensions institutions, private agri-tech players and stakeholders of agri-value chains, the minister added.

Start-ups supporting farmer-producer organisations (FPO), machinery for farmers on a rental basis and information technology-based services will be strengthened.

“Start-ups and FPO’s are the new battery of middlemen,” Sharma said about this proposal. Start-ups are getting commissions for pushing chemical inputs, he added.